We were fortunate to see the 200+ foot tall glacier wall calve several times in the first 15 minutes.  You could hear the ice cracking, then massive portions of the wall would separate, appearing to fall in slow motion.  It’s hard to put into perspective how big the pieces of ice are that are falling. 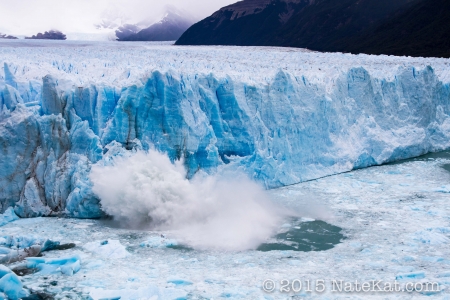 It seemed like the lake water had a delayed reaction to the ice falling, waiting until the majority of the ice had been submerged before exploding with a spray of water.  The blast pushed any floating icebergs out into the open water leaving an eerie calm in the water. 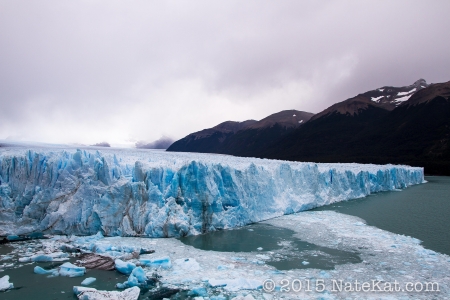 The viewing deck is built so close to the ice wall that it is impossible to view the entire glacier at one time.  The glacier wall is 3 miles wide and extends about 240′ above the water, but over 300′ of ice lies beneath the water’s surface. 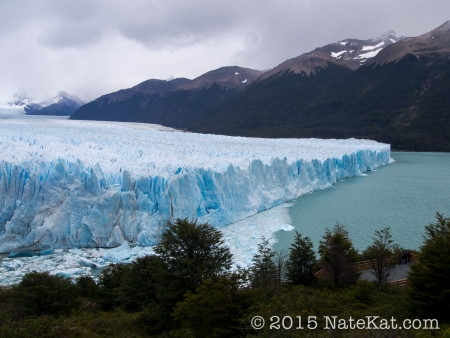 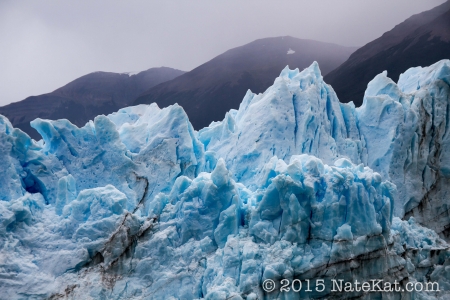 We watched a couple people jump the railing and try to get a closer look, but they were quickly chased by the park rangers. 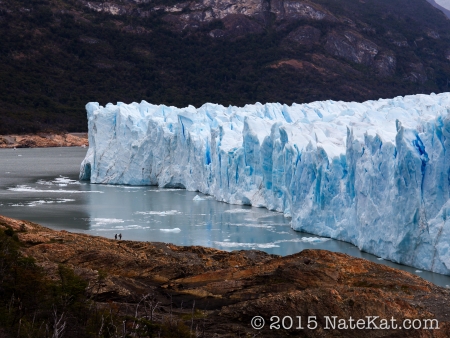 After lunch we headed to a small boat that took us across the lake and to the edge of the glacier.  It gave us an interesting view point to see the glacier in profile from a lower view point. 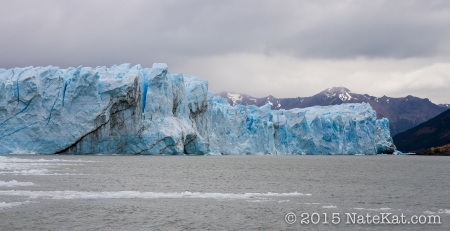 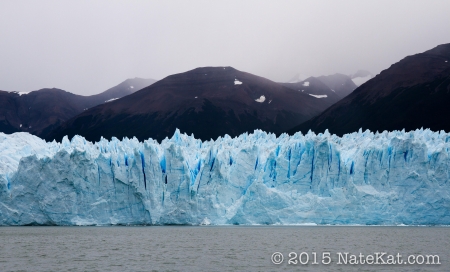 The guides tied the rudimentary (but effective) crampons to our boots and then led us out onto the glacier in groups of 15. They gave us a few tips and little training, but overall the tour felt quite lax in terms of safety compared to what we’d expect in the US. 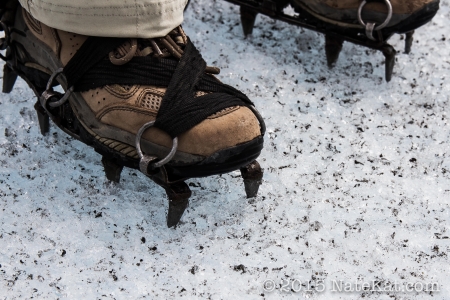 We made several stops looking down into the deep blue crevasses.  The hike climbed up and over small glacial ridges that had been exposed to the air and sun and had been melting for some time.  The melting had reduced its density causing the ice to lose its blue color and look and feel more like snow. 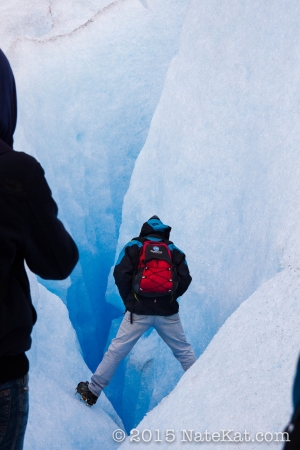 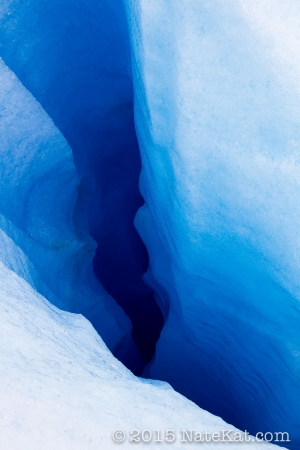 We spent a couple hours on the glacier traversing up and down small hills. It was amazing to see the bright blue revealed in the crevasses while the rest of it resembled whipped cream or meringues. 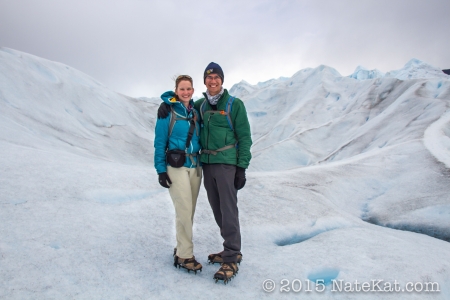 The hike ended at a small table in a valley where the guides scooped up glacial ice in tumblers and poured everyone a celebratory whiskey toast. 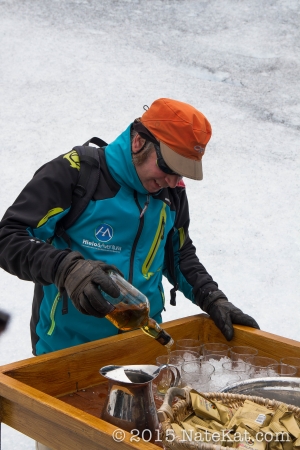 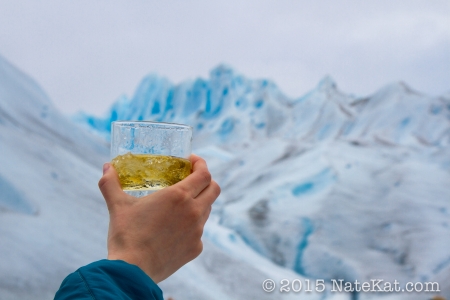 We’ve seen a number of glaciers in Alaska and Montana etc., but this was by far the most impressive and memorable.  The vast ice wall was stunning, and of course the hike was an unforgettable experience.