We had just two days to explore one of the largest and most diverse national parks.  Because of our short time we decided to take a drive-by blitz approach with little hiking or lingering in one area. (Plus, we needed a break after the Teton Crest Trail.)  We had both been to Yellowstone before, and we intend to visit again, so we decided to focus on the geothermal features and look for wildlife along the way. The park roads create a figure 8 which gives the illusion you can easily visit all the attractions, but the park is so huge (466 miles of roads and the park is about 63×54 miles) that it definitely felt rushed in two days. Still, it was great to see so many different things and a lot of wildlife. And we enjoyed the more relaxing style of a driving tour, which gave us a little break after the Teton Crest Trail

Here are some of the highlights. 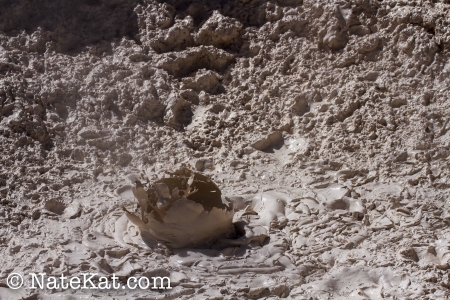 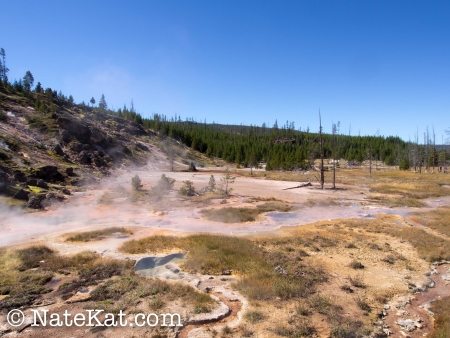 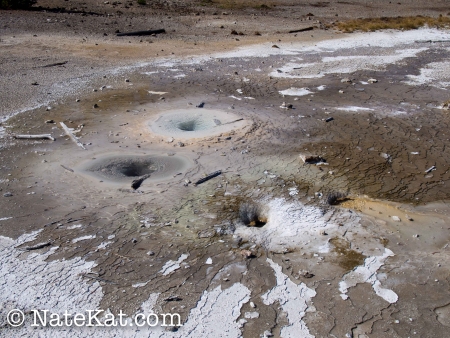 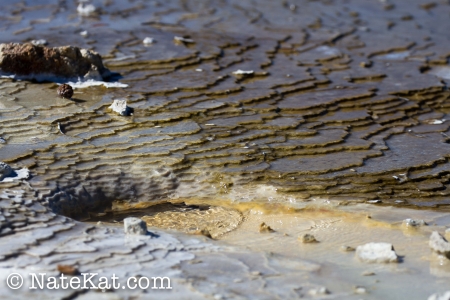 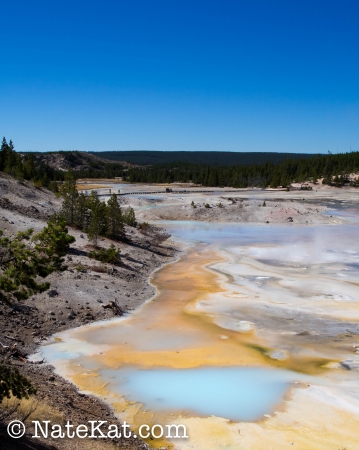 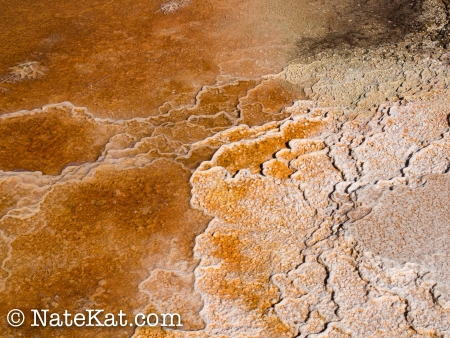 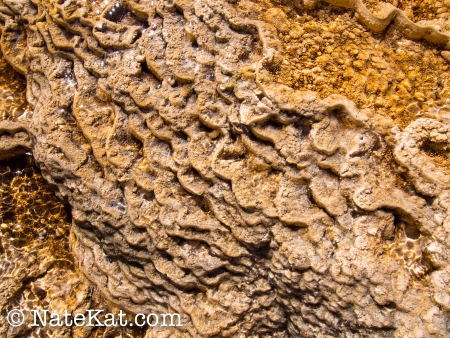 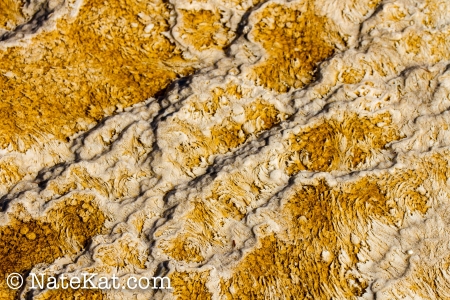 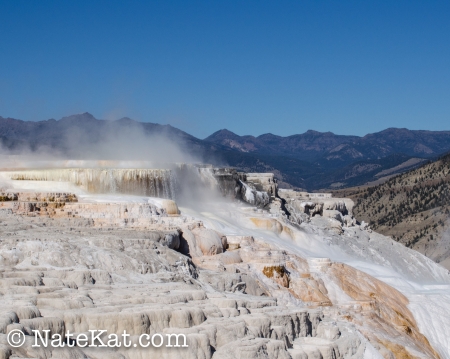 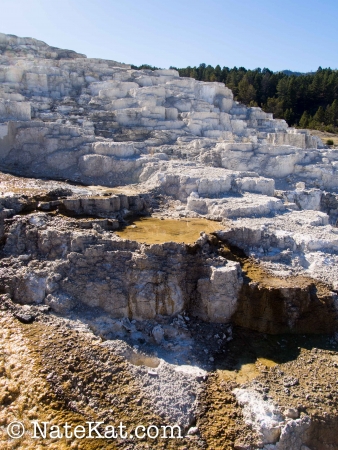 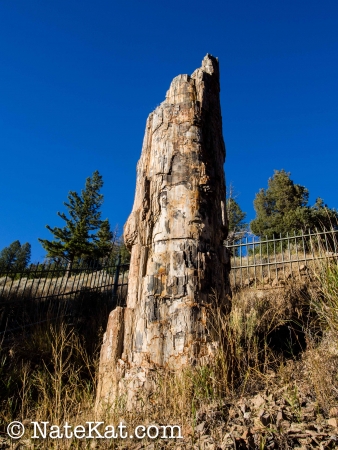 This is one of two petrified trees that used to be in this location. The other was stolen, so now this one is surrounded by a fence.  There are other petrified trees in the park, but they are not easily accessible and the exact locations are not publicized to try to prevent more theft. 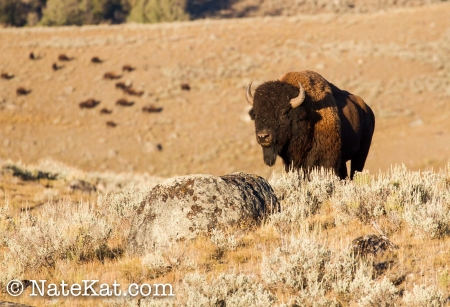 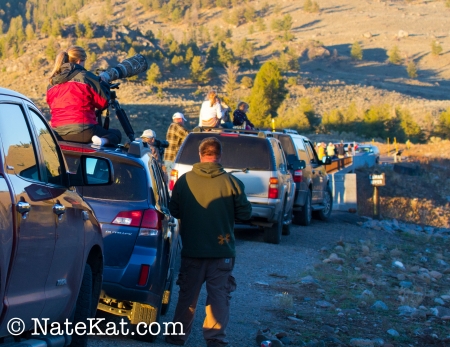 Lots of people pulled over for the chance to see a grizzly. Check out the girl with a huge telephoto on top of the Outback. We’re hoping that’s us in a few years! 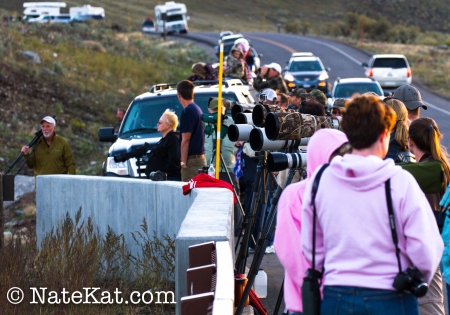 There was a steep ravine and river between us and the bears so we (and the other 100 people) were pretty safe. There was also a male in the shadows near the river eating a rotting bison kill, but it was too dark to really see or photograph him. 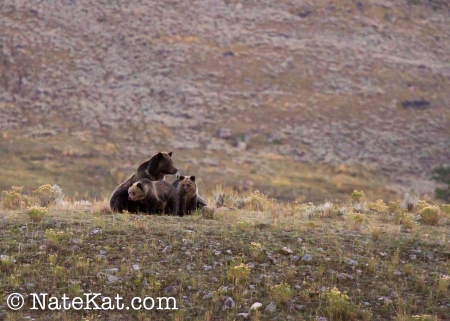 The sun had set and the bears were bedding down for the night. Dim light situations makes us jealous of the fixed $10,000+ telephoto lenses around us. 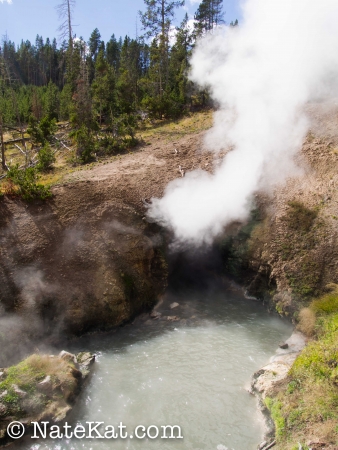 Dragon’s Breath, which really did sound like a dragon sleeping in a cave…very creepy 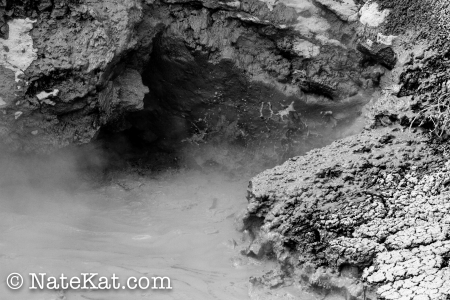 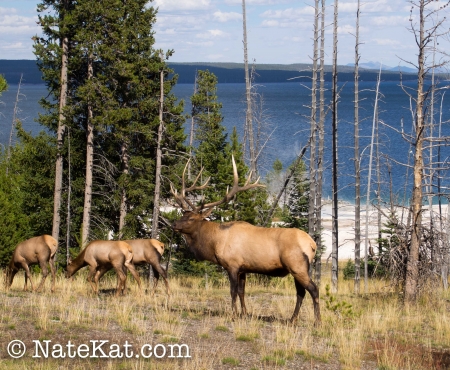 Bull elk were in rut trying to herd and compete for their harems. 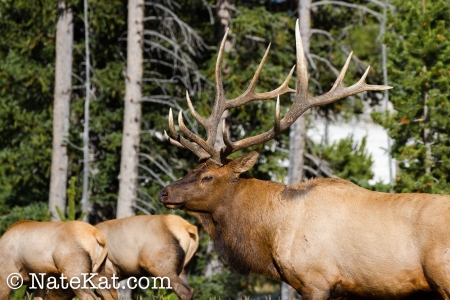 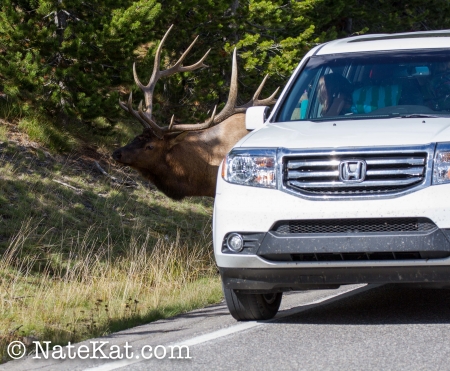 Keep all arms and legs inside the vehicle! 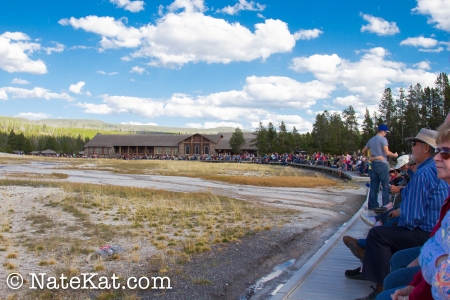 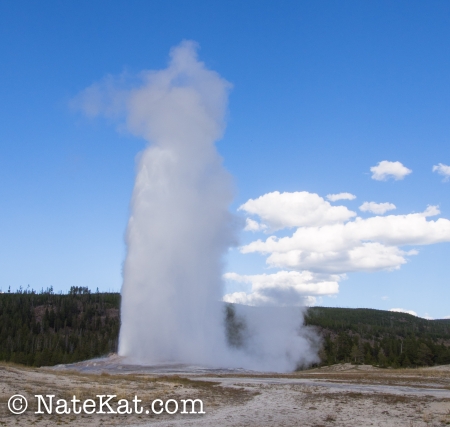 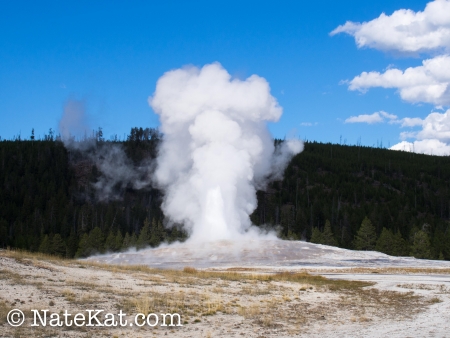 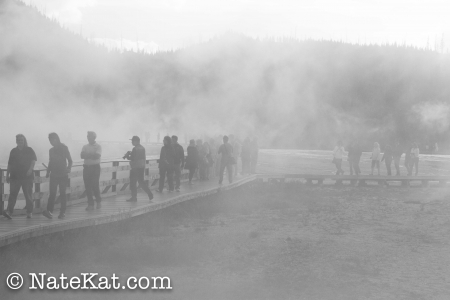 Certain stops would get very crowded when a big tour bus had just arrived. We figured it’s often better just to wait for the busload of people to leave since getting bumped off the walkway could result in sever burns. 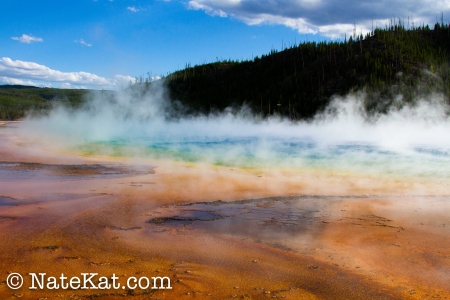 Grand Prismatic Spring is one of the most beautiful thermal features with amazing colors from the bacteria. There was too much steam to get a really good view of it, so we’ll be back on a future visit. We also learned it’s possible to hike up one of the nearby hills from the Fairy Falls trailhead to get a better view looking down.

Check it out on google maps 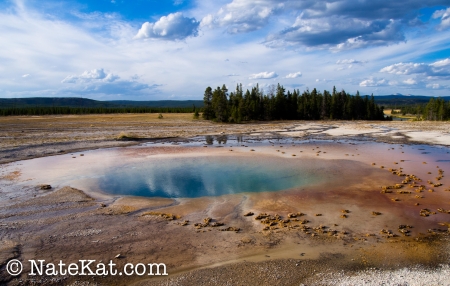 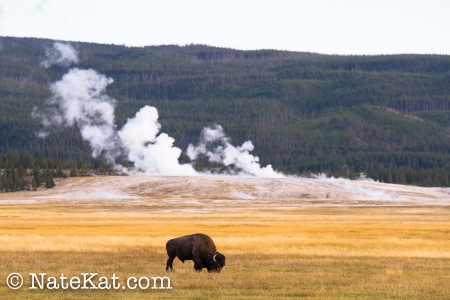 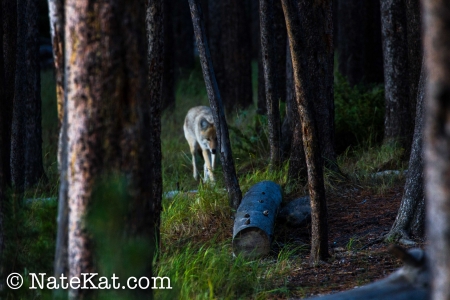 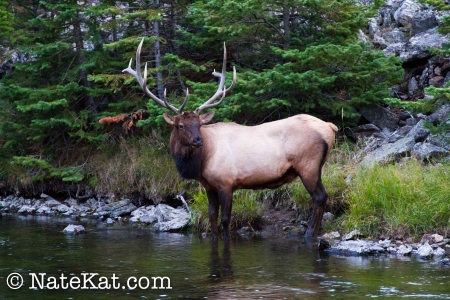 As always, to see more photos, check out the gallery below. There were way too many to fit them all in the post!