Currently we are camping in in Olympic National Park, WA.

After a restful night in the hotel, we felt ready to take on another hike. Katharine had researched some hikes in the area with views of Mt. Shasta, so we decided to do one of the longer ones to Mt. Eddy via Deadfall lakes (10 miles). Mt. Eddy (9,025 feet) is the highest in the Trinity Mountains, but it’s mostly ignored since Shasta (14,162 feet) towers over it just a little ways away. 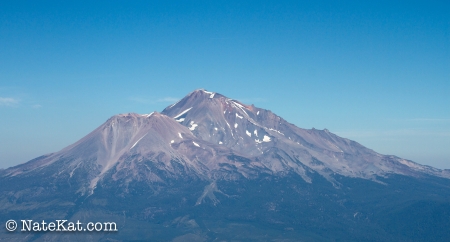 The hike started through a beautiful wooded trail and our legs were feeling fresh. We quickly covered the first couple miles which were pretty much flat and reached Deadfall Lake before we were expecting. We didn’t want to lose our momentum, so we only made a quick stop for some photos. We agreed that this would make a really nice backpacking location since it’s a quite easy hike in, but gives you the opportunity for hiking beyond. 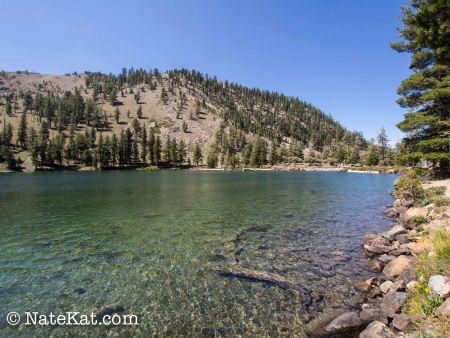 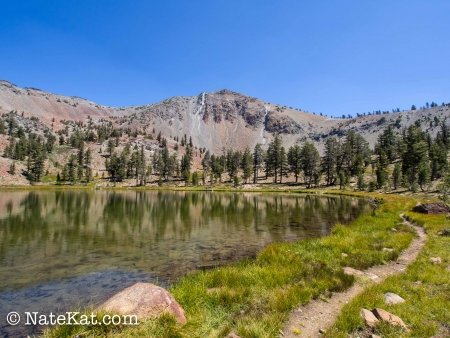 We continued on the trail, which quickly began to go uphill, and soon became quite steep. The last mile to the summit is rocky switchbacks exposed to the elements.  We passed a few other groups headed down who encouraged us that we were almost there, which we were, but the last 10-15 minutes was definitely the hardest.

Finally we reached the peak and got our first views of Mt. Shasta for the day. 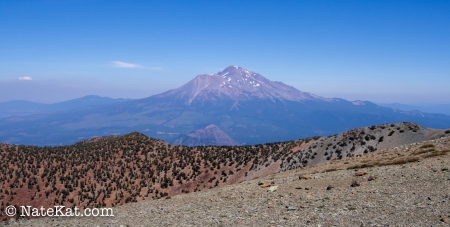 We had a very clear day and really good visibility, so we had lunch at the top even though it was extremely windy. There was a small collection of rocks that people had made into a bit of a wind shelter which helped, but it still felt ridiculously windy.  At one point the wind blew the top rock off a cairn. 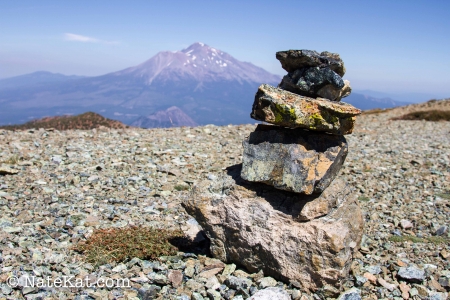 Cairns at the top of Mt. Eddy

Soon it was time to go back down and leave Mt. Shasta behind us. The trail back down to the lake was steep, but we kept up a decent pace and still felt pretty good. At that point we had done about 8 miles and our legs were starting to feel the fatigue. The last two miles, which should have been quite easy, felt never-ending to our legs and feet. Of course we eventually made it back to the car, but it once again confirmed our typical experience – beyond 8 miles in a day, it becomes less fun.

This hike, along with many others so far on our trip, is a segment of the Pacific Crest Trail (PCT), which runs from Mexico to Canada. Several days later when we were in Crater Lake, Oregon, we saw a bunch of people taking a break from through-hiking the entire PCT. It would be cool to compile all the small sections of the PCT that we’ve hiked over the years (in the LA area or on this trip) and see what percentage we’ve completed… most likely less than 5% of the 2,600+ miles. 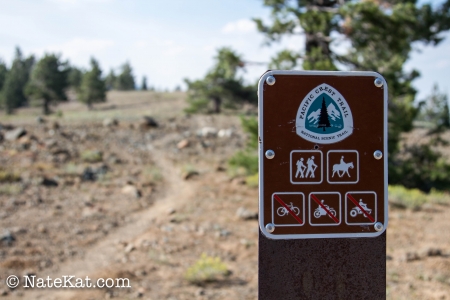