You are currently browsing the monthly archive for June 2013.

Back in late April, (yes, we are behind on our posts) we headed to the Channel Islands for another attempt at kayaking in the island caves.  Our first attempt was last spring with a bunch of coworkers and Nathan’s parents, but the swell was too high so we couldn’t go in the caves. 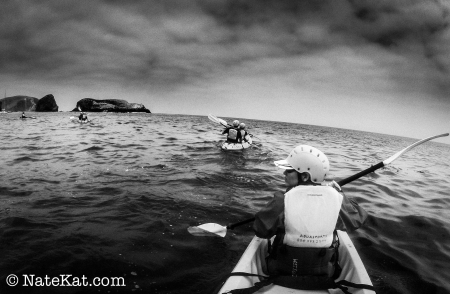 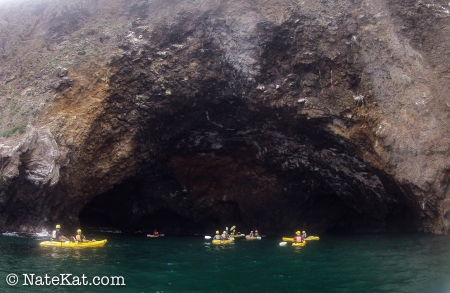 Although we had a great time on that trip, we really wanted to get the full cave experience. So this time we figured we would hedge our bets with two days of kayaking with Aqua Sports, which meant camping on Santa Cruz island for one night. This time we also just went with Nathan’s parents since the logistics were more complicated with camping.

The early morning ride to the island (via Island Packers) was rough with a very high swell between the California coast and the islands (causing many people some sea sickness), so we were not too optimistic about the kayaking condistions.  As we entered the channel’s marine sanctuary we were greeted by a humpback whale with her calf, which distracted us from the lurching boat for a bit. 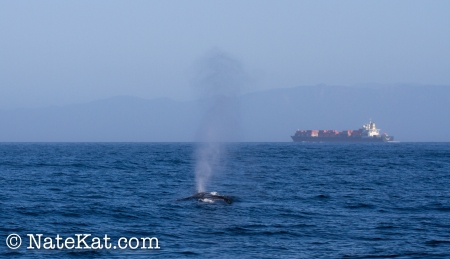 As we arrived at the island we were lucky to find very calm water (protected by the island) and low tide, giving us nearly perfect conditions! 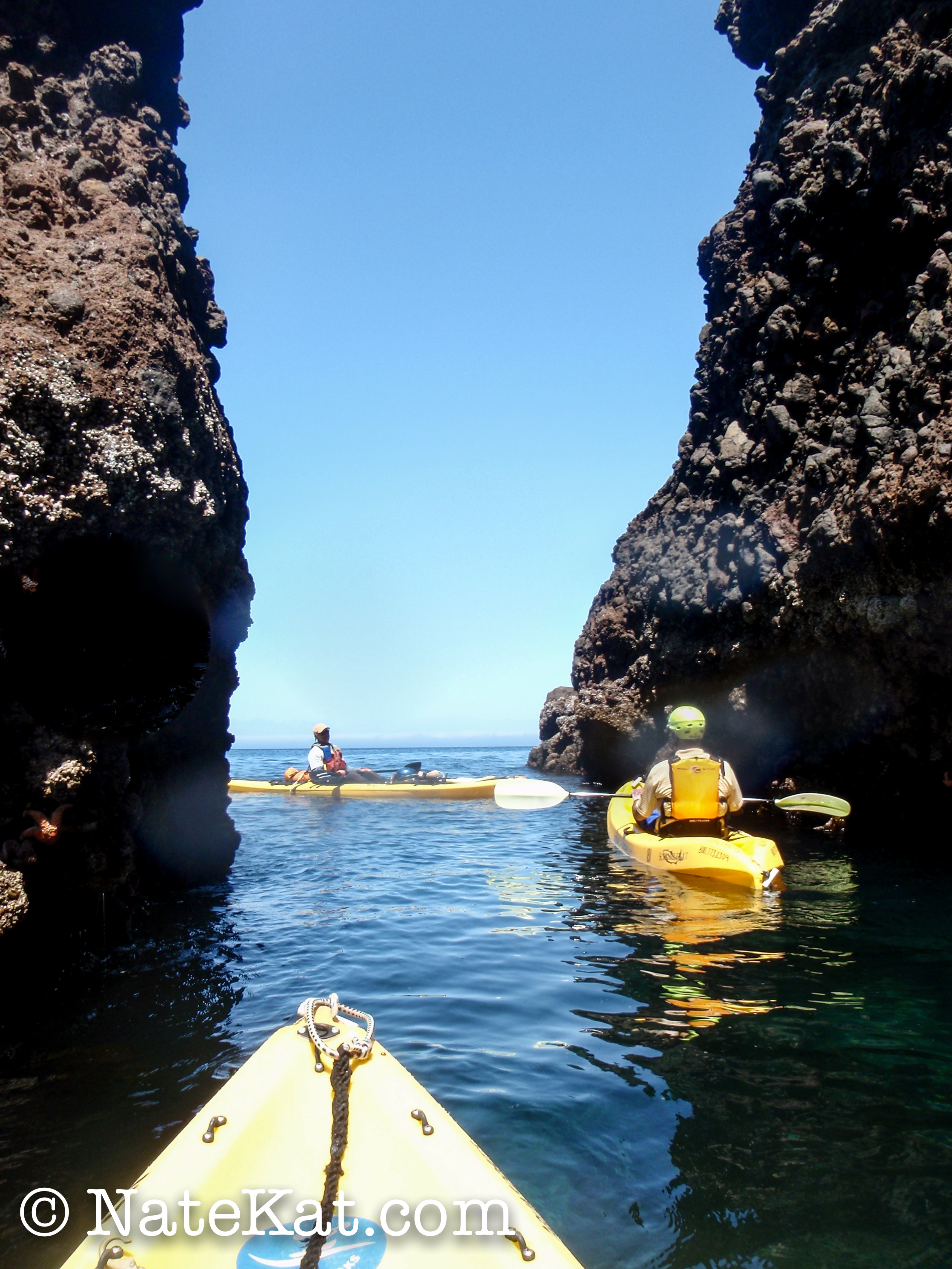 We spent the day kayaking in and out of caves with our own personal guide Andy who is very knowledgeable about the ocean conditions, caves, and island history. 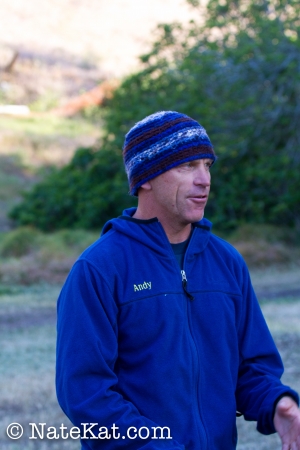 The water was so clear we saw hundreds of sea stars, urchins, a few seals, and even an abalone! 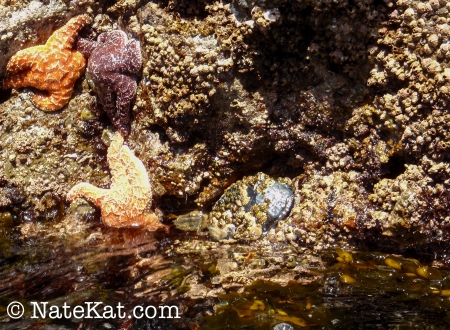 We must have explored a dozen different caves, so many that it became difficult to remember them individually. Some caves were actually more like tunnels that you could paddle all the way through while others just went straight deep into the island. 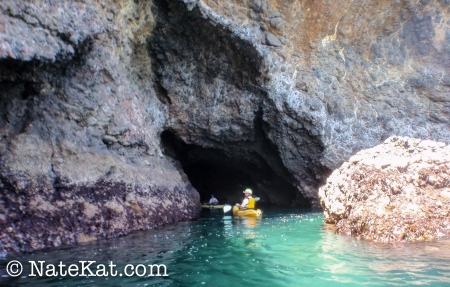 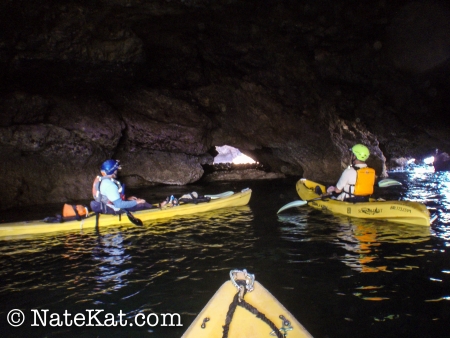 A couple of the caves extended hundreds of yards into the island and it felt a bit disconcerting when the ceiling began to lower and the light from outside disappeared. We had headlamps but weren’t always prepared to battle the ocean swell inside a dark cave while trying to avoid brushing up against the sharp barnacle-covered walls. 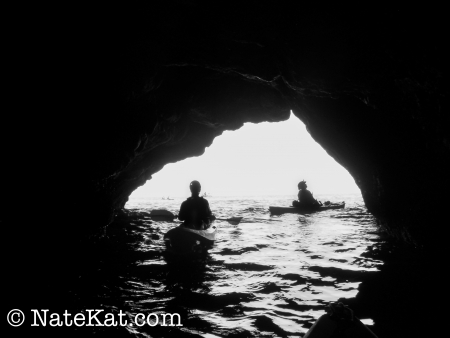 Every cave had its challenges and we were extremely glad to have a knowledgeable guide with us who could judge our abilities and check out the safety of the caves before we would venture in.  Set waves can quickly rush into a cave reducing the ceiling height from 6 feet to 2 feet in a matter of seconds.  Also timing was critical when riding waves through small gaps with rocky bottoms. But Andy kept us mostly calm and confident, and made sure we were always having fun.

The pictures just can’t quite capture the feeling of going in and out of the caves, it was a really unique experience

After 4 hours of kayaking we had covered a few miles of coast and returned to the launch. We had a quick lunch before hauling our camping gear a mile to the campsite.  There is a nice clearing with large eucalyptus trees that shade many campsites that you can reserve on the NPS website. 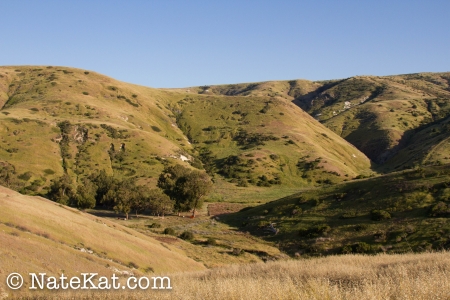 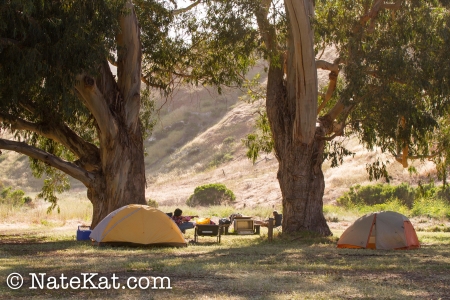 We setup camp and walked up and along the ridge-line of the coast for sunset. 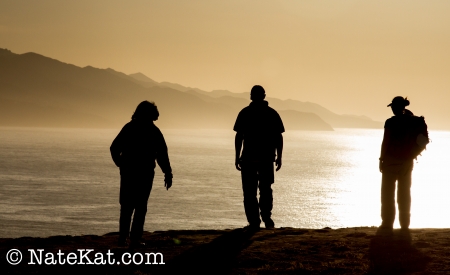 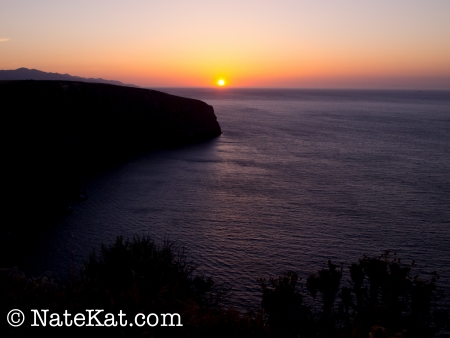 Camping on the island is close to backpacking because there is no electricity, campfires, or cars.  Luckily the island does have bathrooms and fresh drinking water.  Nathan’s parents got a taste of our traditional Mountain House freeze dried meals we are used to eating while backpacking.  By 10 pm everyone in the campsite was asleep except Nathan and his mom, who spent the evening playing with the headlamps and long exposure photos. 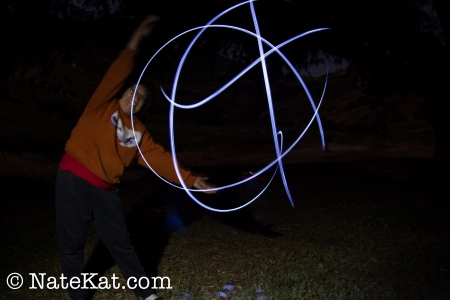 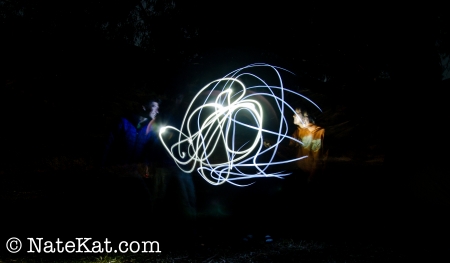 The next morning Nathan spent the morning chasing island foxes around trying to get the perfect photo.  Although the foxes are wild they are used to people and have very few predators. Campers spend a lot of time chasing off the foxes and keeping them out of the food. 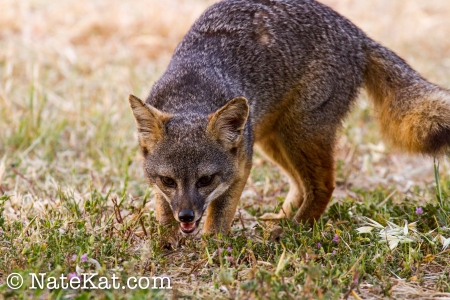 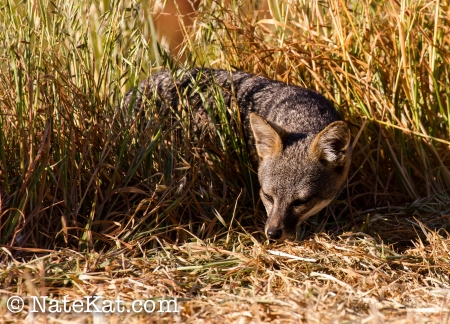 The next day we started kayaking earlier heading out along the coast toward Potato Harbor.  The tide was much higher keeping us out of a lot of the caves but the wind was at our backs making the kayaking a breeze.  At one point though, Nathan’s dad was struggling to keep up and after a 1/4 mile of frustrated paddling we finally noticed he had snagged a 20 foot long piece of kelp and had been dragging it all this time! 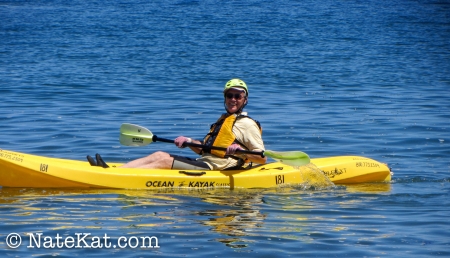 We stopped at lunch at Potato Harbor, a beautiful cove that looks more like a tropical island with white sand a clear shallow water than what you’d expect in SoCal.  Around the corner we kayaked near a sea lion rookery and watched the curious sea lions swim under our kayaks and play with each other.  We have some videos of our kayaking trip which include some underwater video of the sea lions playing under our kayaks, we’ll have to post that soon.

As we headed back after another beautiful day of kayaking, the wind changed direction and pushed us back.  It was a successful, memorable, and exciting weekend! We highly recommend it as a unique must-do activity for any one in LA! 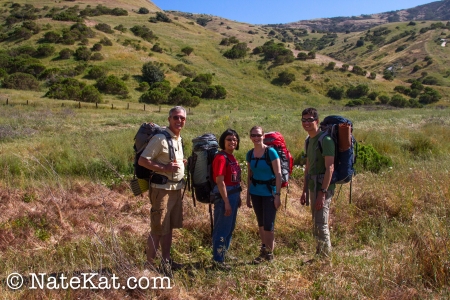