You are currently browsing the daily archive for April 12, 2013.

It’s officially an annual tradition!  Second year in a row that my dad and I have left sunny southern California for a wintry Iowa to do some pheasant hunting. 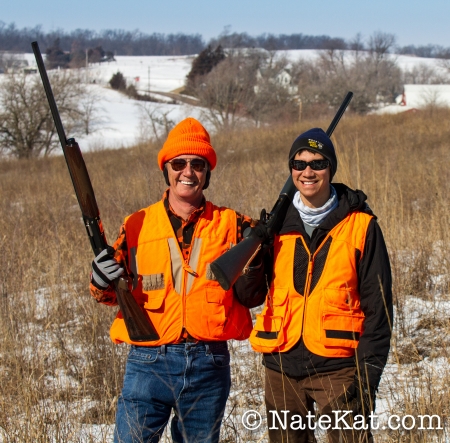 Last year we tried to visit some old hunting grounds that we used to cover while I was a kid, but recently there has been a sudden decline in the pheasant population so we ended up at a pheasant reserve.  This year we decided to stack the deck in our favor and just head for the reserve for two half day hunts.  This allowed us to go in early March, which is a nice time after all the holidays, but if you know Iowa the weather doesn’t always cooperate.  Some how we got lucky picking a weekend with 40 degree temperatures, a few inches of snow on the ground and blue skies!

We arrived late Friday night/ Saturday morning got a few hours of sleep before we picked up Ken and headed to the reserve!  Ken is an old friend, local Iowan, and avid big game hunter, but is always up for the challenge of knocking down a pheasant. 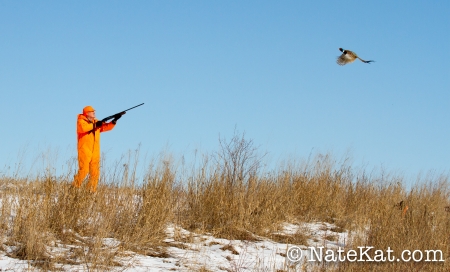 Ken taking his best shot at a passing rooster

The reserve guarantees birds in the field, but Paul Wehr our professional guide and his dogs guarantees birds within range. Although it wasn’t guaranteed we got our limit both days and gave the meat to a couple local friends. 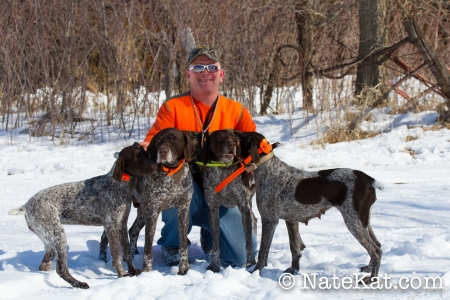 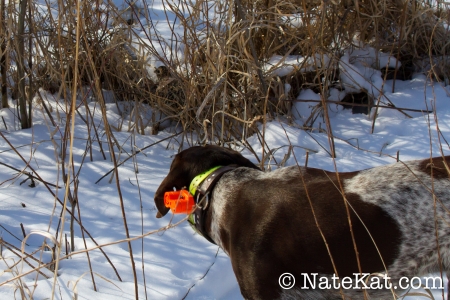 Can you spot the hen in the brushes?

Last year I tried to juggle a shotgun and a 5 pound camera and ended up missing a lot of good photos.  So this year I made the tough decision, on the first sweep of the field to leave the gun in the truck and head out into the field with only my camera.  The photos that I got this year were well worth the sacrifice. 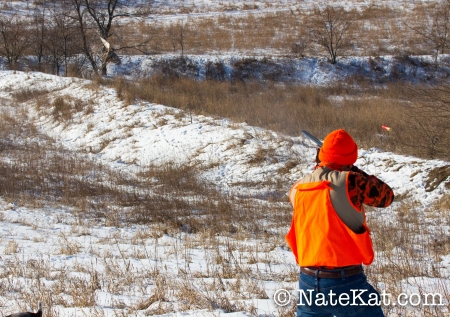 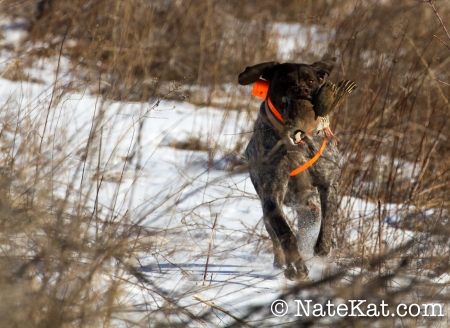 The second time out in the field I traded my Canon for a Beretta and had no problem knocking down my limit of birds.  The first day was perfect; good weather, lots of roosters and good company.  We spent every hour out of the field traveling house to house seeing old friends and catching up on the local news. 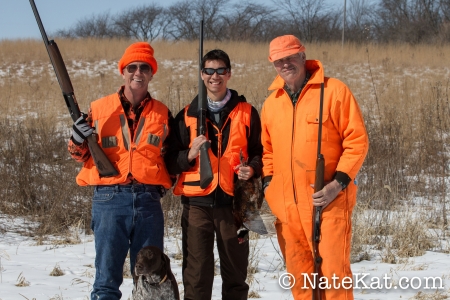 The second day my Dad and I spent the day shooting birds over Paul’s dogs.  I’m guessing we were the most dedicated photographers Paul has ever guided in the field, but luckily he’s also a photographer and was patient with us as we traded the shotgun for the camera back and forth getting some great action shots, we could have only wished for more roosters.  Although it’s legal to shoot hens on a reserve the feeling and photos just aren’t the same. 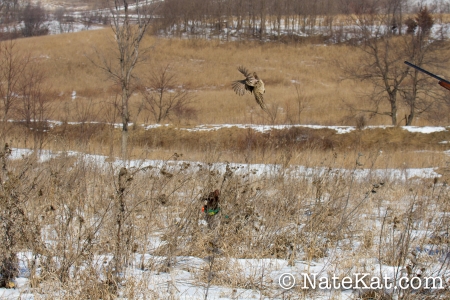 Hen Busting Through the Weeds 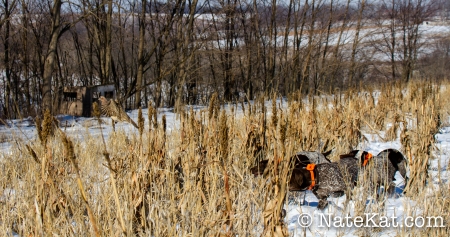 Hen Jumping Out in Front 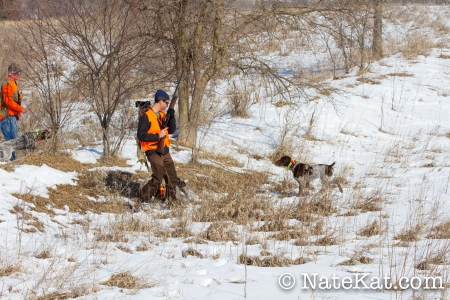 You have to click on this picture to see the hen flying up behind me! 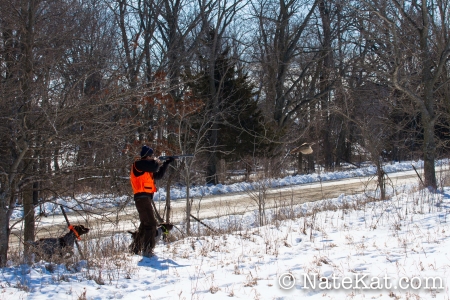 We kept the tradition of hiking mile after mile leaving no bush or tree line untouched and after returning to the lodge we were teased by the elusive rooster that always knows when the hunt is over.  I think next year if there are more roosters in the field I might have a chance at a Pheasants Forever photo submission! 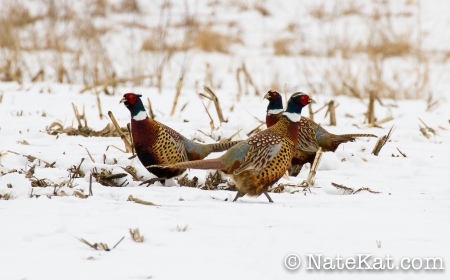 Even though we traveled thousands of miles and spent lots of money to recreate a weekend past time the memory for this year is the hours spent in the airports.  Of course the plane delays and layovers were miserable, but if anyone knows my parents they are goofy and when goofy is mixed with hours of waiting and an audience, hilarity will ensue.

This time it was my dad and I playing on the moving walkways in the Denver airport.  We theorized, could two long-lost friends see each other on opposing moving walkways and some how maintain a conversation?  We soon found ourselves walking in-place on opposing treadmills trying to keep a conversation while weaving between confused stationary travelers.  I’m sure we got a few looks, but it was hard to tell trying to look to the side while dodging people.

Per usual my dad wanted to see if he could get a reaction out of any of the serious travelers so he briskly walked against the flow of traffic on the moving walkway with serious, but worried look on his face mumbling “I’m not going to make my flight” as he kept looking at his watch.  He got a couple puzzled glances, but in today’s society most people are trained not to show any expression.  All was not lost as we boarded our plane and while standing in the plane’s aisle a lady pointed at us and said “you two are hilarious and made my day!”  We smiled and thanked her as we loaded ourselves in the last row of the sardine can.

Some of the photos in the gallery are a series of shots and are best viewed in order, enjoy!