You are currently browsing the monthly archive for February 2013.

Last year we checked out the elephant seals and monarch butterflies around Pismo Beach.  It was a fun trip and pretty amazing seeing the unusual seals and butterflies, but we were a little late for the prime viewing.  This year we thought we would go a little earlier to catch the thousands of migrating butterflies and the seals giving birth. 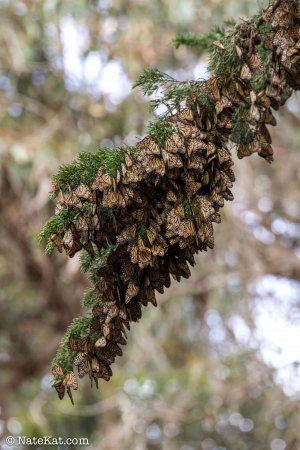 Although there were tens of thousands of butterflies they were so dense they only cover a few branches, which didn’t look that impressive.  At first its hard to see the butterflies because they are so close together and their wings are folded with the lighter underside exposed. 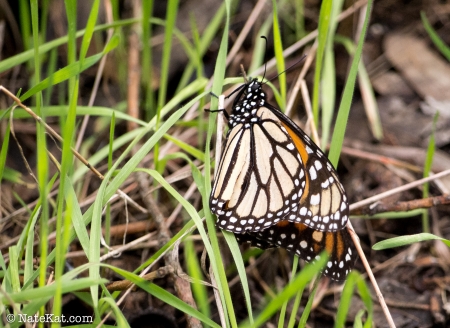 Also the branches they chose to rest on were 30 feet in the air, which is probably wise with all the curious people around.  As the sun rose and began to shine through the trees small sections of the brach began to warm up and flex their wings. After an hour there was a couple hundred butterflies fluttering around.

We then headed up the coast to check out the seals near Piedras Blancas. 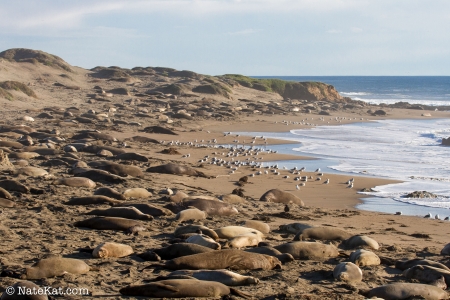 We quickly noticed there weren’t as many seals as last year, but there were more spectators.  We stuck around and watched the cute new borns huddle next to their moms, but we didn’t witness any births. 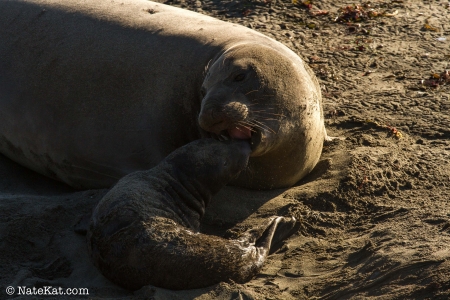 It may have been the difference between seeing the seals in the evening rather than the morning, but the bulls were not actively guarding their harems. 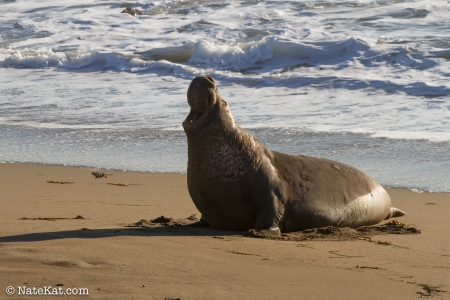 As we drove back along the coast on the two lane highway we noticed many hawks perched on the fence poles.  It was too good to pass up so we stopped and I got to use my new 70-300mm L lens to capture these birds of prey in the sunset glow. 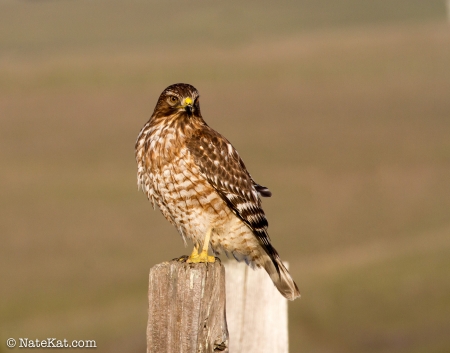 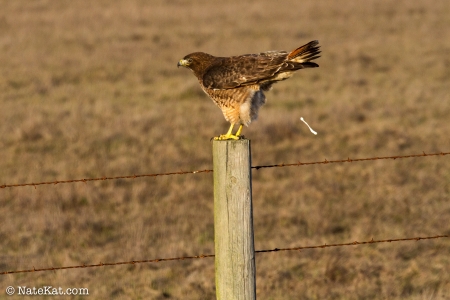 It eventually did take off and I got a couple OK shots, but I would have liked my shutter speed to be a little faster to catch the tips of its wings. 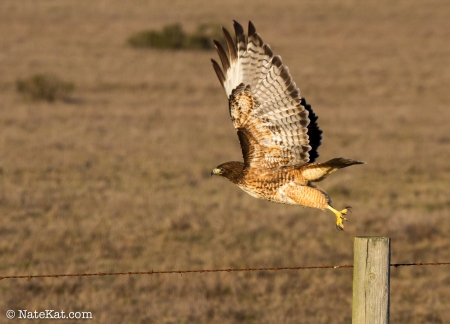 Although its flight path wasn’t ideal and the next frames had the barbed wire fence across the bird it still provided some good practice for future birds in flight (BIF) photography.

All in all it was a nice and relaxing trip for us and a great way to start off the new year with some wildlife photography.

I tried out my new Canon 70-300L lens while the guys spent their Christmas afternoon fishing. 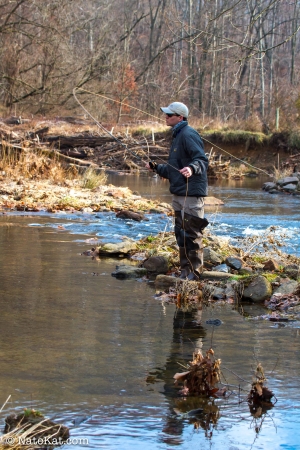 Fish on the Line 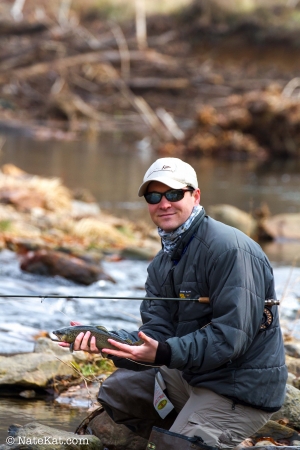 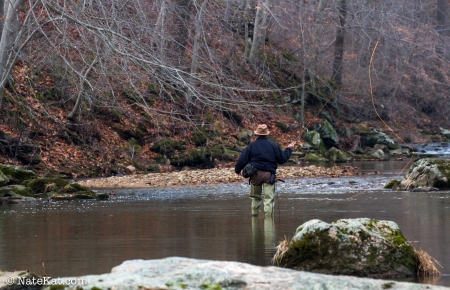 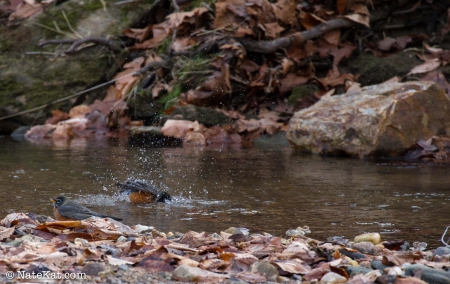 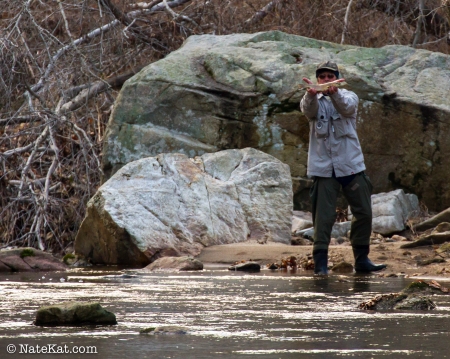 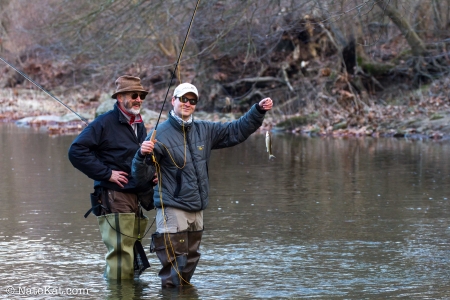 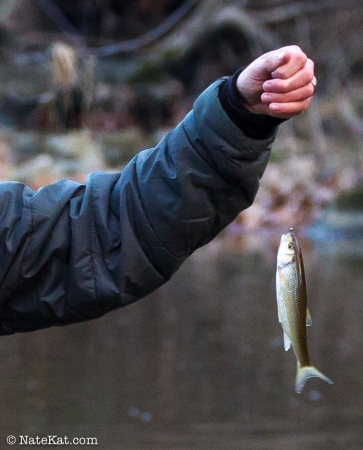 Cropped from the photo above.

The sharp lens combined with the 7D sensor allows me to crop without losing too much quality.  The fact that you can see the scales on this fish is amazing.  I can’t wait to take some wildlife photos this year!