You are currently browsing the daily archive for December 8, 2012.

I had never heard of cyclocross until my friend Paul mentioned he was competing in a cyclocross race at the Fairplex.  It’s an interesting concept – racing “road bikes” (not quite the same, but they are much closer to road bikes than mountain bikes) on a course with different terrain and various obstacles. 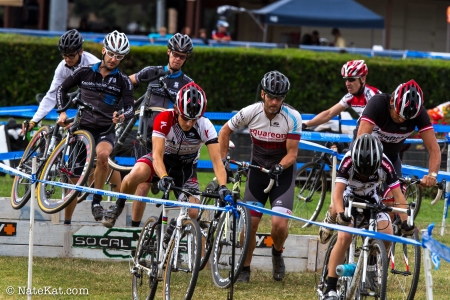 .
Paul, who is a professional photographer, also let me use his 300mm 2.8 L lens, which alone made the trip worth it.  It’s an amazingly sharp lens that I will probably never be able to afford, so this was a unique opportunity. 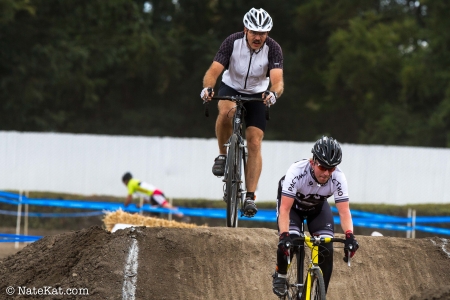 .
It took some getting used to since I own and use mainly zoom lens allowing me to be more flexible on my shooting location.  I spent the first hour before the race scouting out different positions around the track.  These races are also very impromptu and at first glace the track is complicated and confusing as there isn’t an official/ accurate map.  I tried to focus on the obstacles since I felt that would make the most interesting shots and easiest to visually identify as I ran from location to location. 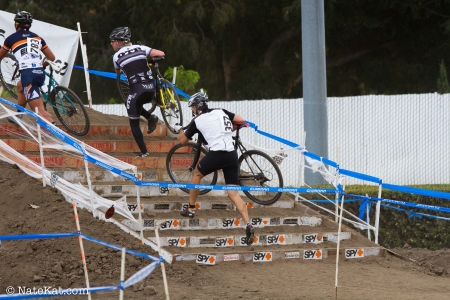 The Stairs
.
The second complication was there were so many cyclist and race classes that there was always a race in progress mixed with people just practicing for their up-coming race.  You had to be careful as you ducked under multiple tape lines asking yourself, “am I on or off the track now?”… then a brightly colored spandex blur would race past… “yep I’m on the track.”
.

Keeping it Interesting
.
The races have a set time of ~30 minutes and the cyclists try to complete as many laps of the course as they can in the allotted time. After the racer in first place finishes, everyone else just finishes the lap they are on. Since everyone was making about 3-4 laps per race, I had the chance to maneuver and re-position myself to capture multiple obstacles that were close together. 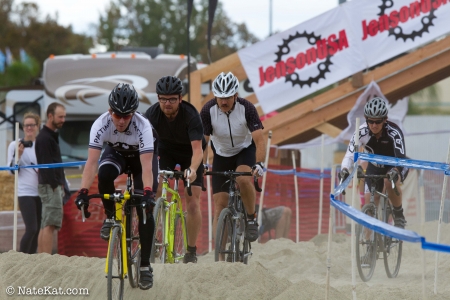 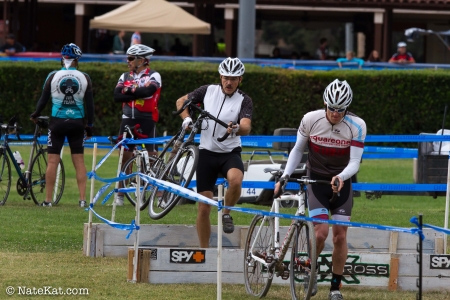 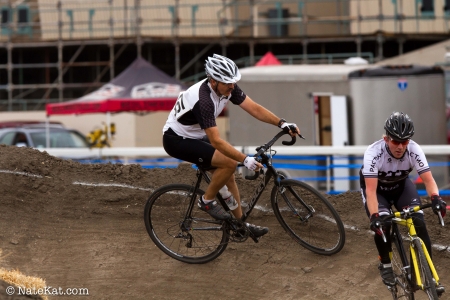 Banked Dirt S Turn
.
These races are also quite informal, and since the sport is looking to expand, they welcome photographers.  It’s always nice when you can have free rein of the course and take unique positions. 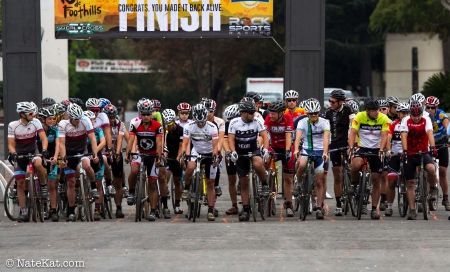 The Start
.
It’s so informal that there were a couple kids taking advantage of the empty BMX dirt ramps between racers. 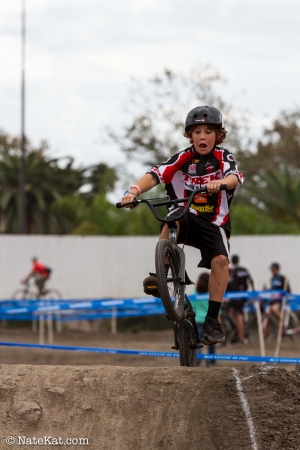 .
There was also an interesting bike polo gaming going on, which was another first for me. 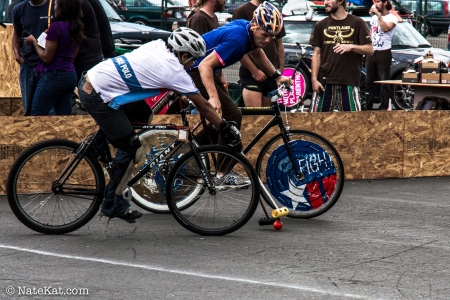 .
Overall cyclocross was a pretty fun activity to photograph so a few weeks later I joined Paul at another race in Glendale’s Verdugo Park.  This was a more difficult venue to race and photograph since the area was much smaller and it weaved around trees and playground equipment.  It was also sunny, which was nice but created awkward shady areas or blown out backgrounds.

Push to the Finish
.
Luckily shooting in RAW and using Lightroom allows me to lighten the dark areas without blowing out the entire photo. 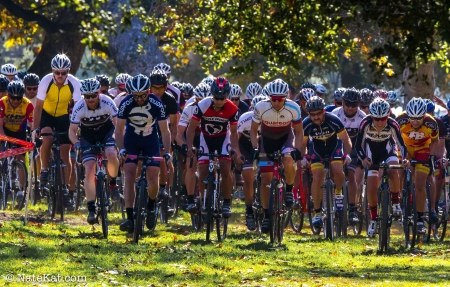 .
This time Paul wore yellow which was easy to spot among the other spandex billboards.
The track also didn’t have as many obstacles as the previous since it was in a city park and not a rented arena. 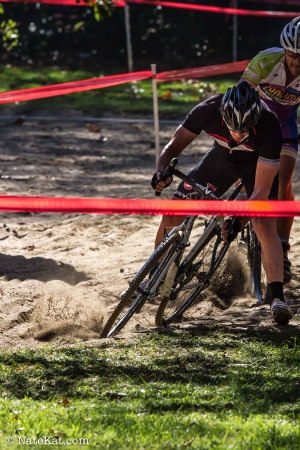 .
For instance a swing set sandbox was flanked on both sides with the cyclocross sand pits.  So there were lots of kids playing on the swings while packs of cyclists whizzed past.  I was surprised there weren’t any playground collisions. 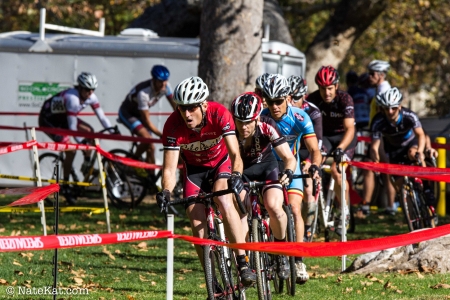 .
Cyclocross is very interesting for photographers, but I’m also interested in competing someday…but I should get a bike first.  Although it’s another expensive hobby at least I would get some good exercise. Speaking of expensive, the 300mm 2.8L is incredible and was good practice using a fixed lens.  I still like my zooms though…  I actually just bought the 70-300mm L lens and hope to use it on an upcoming whale watching trip.
Thanks again, Paul! 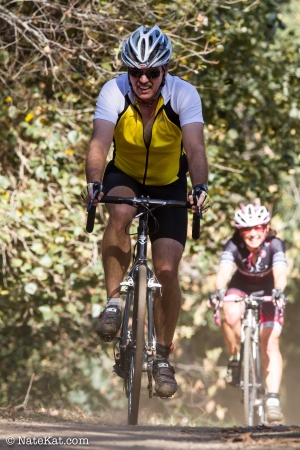 .
Check out the other photos from these two events.
[Show as slideshow]