As our final training for Mt. Whitney we headed into the White Mountains, which are east of the Sierras, right across the Owens Valley from Mt. Whitney. Although it was a pretty long drive for just a weekend trip, it gave us a chance to get some real altitude experience. White Mountain Peak is at 14,246′ and is the third highest peak in CA, but since there essentially is a fire road leading to the top, the hike has a very gradual accent. Thus most people consider it one of the easiest 14-ers to summit (apparently even unicyclers have done it), but it’s still a 14 mile hike with 2800′ of gain and at such a high altitude it can be tough.

So once again we drove out Friday night after work and arrived quite late at Grandview Campground (8500′) and went straight to bed. For Saturday we just planned to hang around and acclimate, so we slept in and then started the slow drive to the trailhead (which would also be our campsite for the night) at 12,000′. 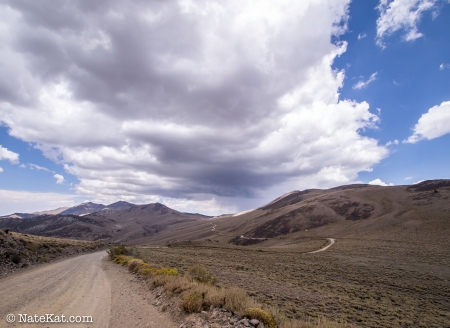 Driving through the White Mountains

The first thing we noticed when we got to the trailhead parking lot was all the flat tires… even a Jeep with off-roading tires had a flat! We were lucky and didn’t have any problems. 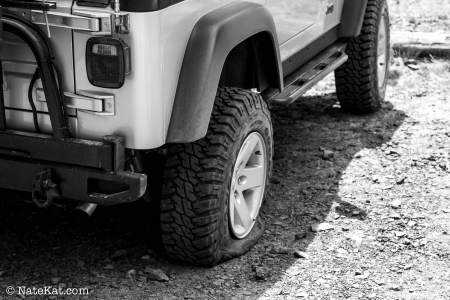 Soon after we arrived, it started raining so we just hung around and tried to take photos of the dramatic lighting without getting too wet. 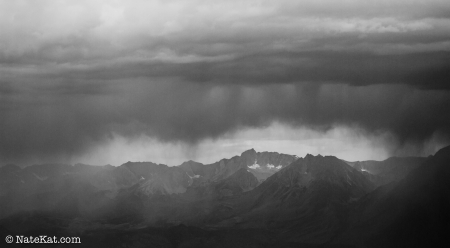 Rain over the Sierras

We were hoping for clear skies to see the Perseids meteor shower since there is very little light pollution up there, but unfortunately the weather did not cooperate and it was cloudy all night, even raining quite a bit. We did get to enjoy a pretty nice sunrise though… 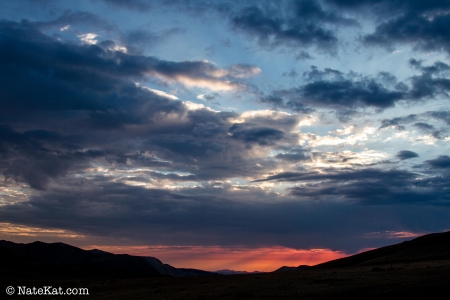 Since we didn’t stay up to see the stars, we were able to get an early start Sunday morning (for us – ate breakfast, packed up the tent, and on the trail before 7:30!) which was good because it’s better to get off the summit before afternoon thunderstorms hit. The hike up felt long, but considering we started at 12,000′, we made good time on the trail. We definitely appreciated the gradual slope though.

And along the way we saw tons of marmots which distracted us from the hiking (and slowed us down since Nathan had to photograph every single one!) 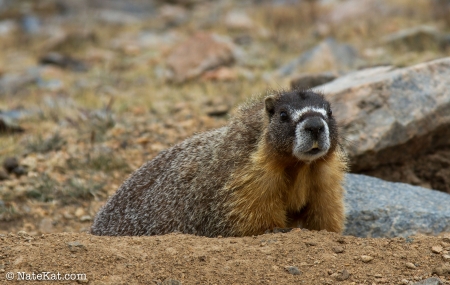 About 2 miles into the hike, we passed the UC Barcroft Research facility, where they study the effects of altitude on animals (like sheep and apparently they even tag squirrels for their studies!) 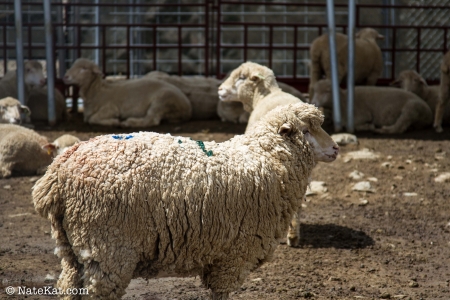 Check out the radio collar

The rest of the trail was pretty uneventful, just a gradual climb but with spectacular views across the Owens Valley, and then we finally got to see the peak.

The final mile to the top was quite a bit steeper and felt tough at such high altitude, but we eventually made it to the peak just as a storm started making its way toward us. We took a few quick pictures and decided to head back down. 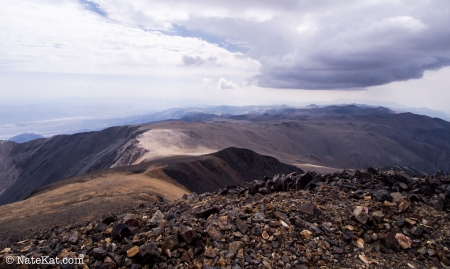 Storm brewing from the summit

The hike down was uneventful, but we did feel some drizzles and quick bit of hail as we hiked essentially between two storms. 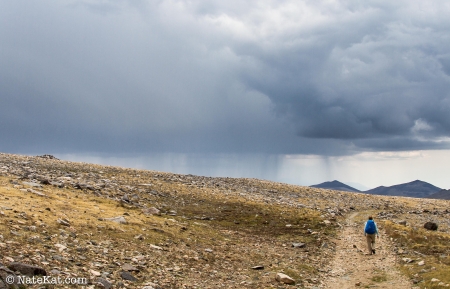 After we made it to the car, we treated ourselves to a hot meal and started the drive back out. On our way we made a couple short side trips to see the groves of Bristlecone Pine Trees – the oldest living creatures in the world. Clearly an exciting stop for Katharine! Although the afternoon rain did sort of put a damper on things, so we didn’t spend as much time there, opting instead to drive home in time for dinner. 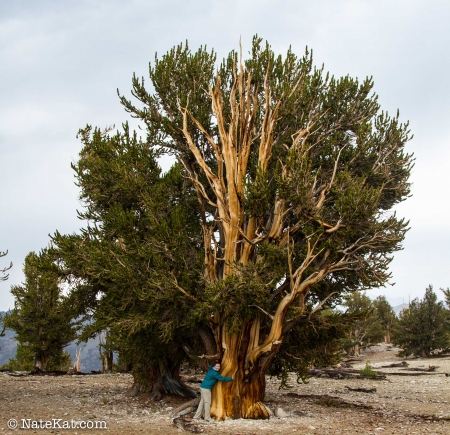 It was quite the weekend adventure for us, but more importantly gave us experience sleeping above 11,000′ and hiking above 14,000′. Luckily for us, we don’t seem to be too sensitive to the altitude, which gave us a lot of confidence heading into our Mt. Whitney trip!