Mount San Antonio, locally known as Mt. Baldy, would be our highest peak yet. Towering at 10, 064 feet, it is the highest point in Los Angeles County.  We are familiar with Baldy since we have hiked almost every peak southeast including Cucamonga, which we summited 2 weeks earlier. 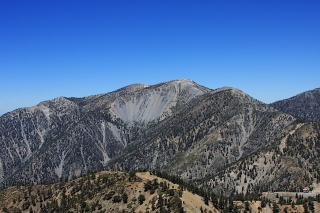 View of Mt. Baldy and the “Baldy Bowl” from a previous trip

Since we wanted to challenge ourselves in terms of mileage and elevation gain, we decided to do one of the longer routes. We started at Manker Flats campground and began hiking up the road which leads to the Baldy Notch ski lodge.  As we hiked on the road we could see other day hikers and sightseers riding the ski lifts up and down, but we only became jealous when trucks would drive by leaving us in a cloud of dust.  After 3 miles and 1,300 feet we reached the lodge and decided to treat ourselves to a quick sandwich at the Notch Restaurant. Then we headed up the ski routes to the section of the trail fondly called Devil’s Backbone. 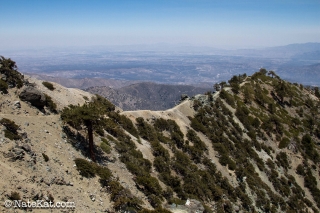 Looking back after crossing a narrow section of the Backbone Trail

The trail is literally on the top of the ridge and at times is narrow and gets crowded with hikers.  Once past the Backbone we could see the summit, but we had to make one more short stop.  Mt. Harwood is a lesser known peak just to the east of Mt. Baldy and is also on the hundred peaks list*.

Hiking up the gravel pile

In our opinion Harwood is just a giant gravel pile with little trail or plant life but it did offer some nice views and a good look at the climb still ahead.  After tromping through the loose rock we got back on the trail and started the ascent to Mt. Baldy.  It was a tough climb on the loose sand up to the bald peak.

Since this is a popular day hike there were at least 20 people on the peak at one time.  If you’re looking for solitude this is not the hike for you.  Knowing we had a long way down we didn’t linger and headed down a different route that follows the Baldy Bowl and passes a Sierra Club ski hut. The trail along the Baldy bowl is much steeper and at times you feel as though you are sliding down more than hiking so there aren’t many photos of the descent.

All in all the hike was a pretty long 10.3 mile and strenuous 3,950 feet of elevation gain but we definitely felt the steep descent the most. Luckily we knew the next weekend was going to give us a little break from hiking to go kayaking in the Channel Islands.

*The Hundred Peaks List actually has 248 peaks. So far we’ve summitted 18 of them and if all goes well by the end of the summer we’ll have completed 21. 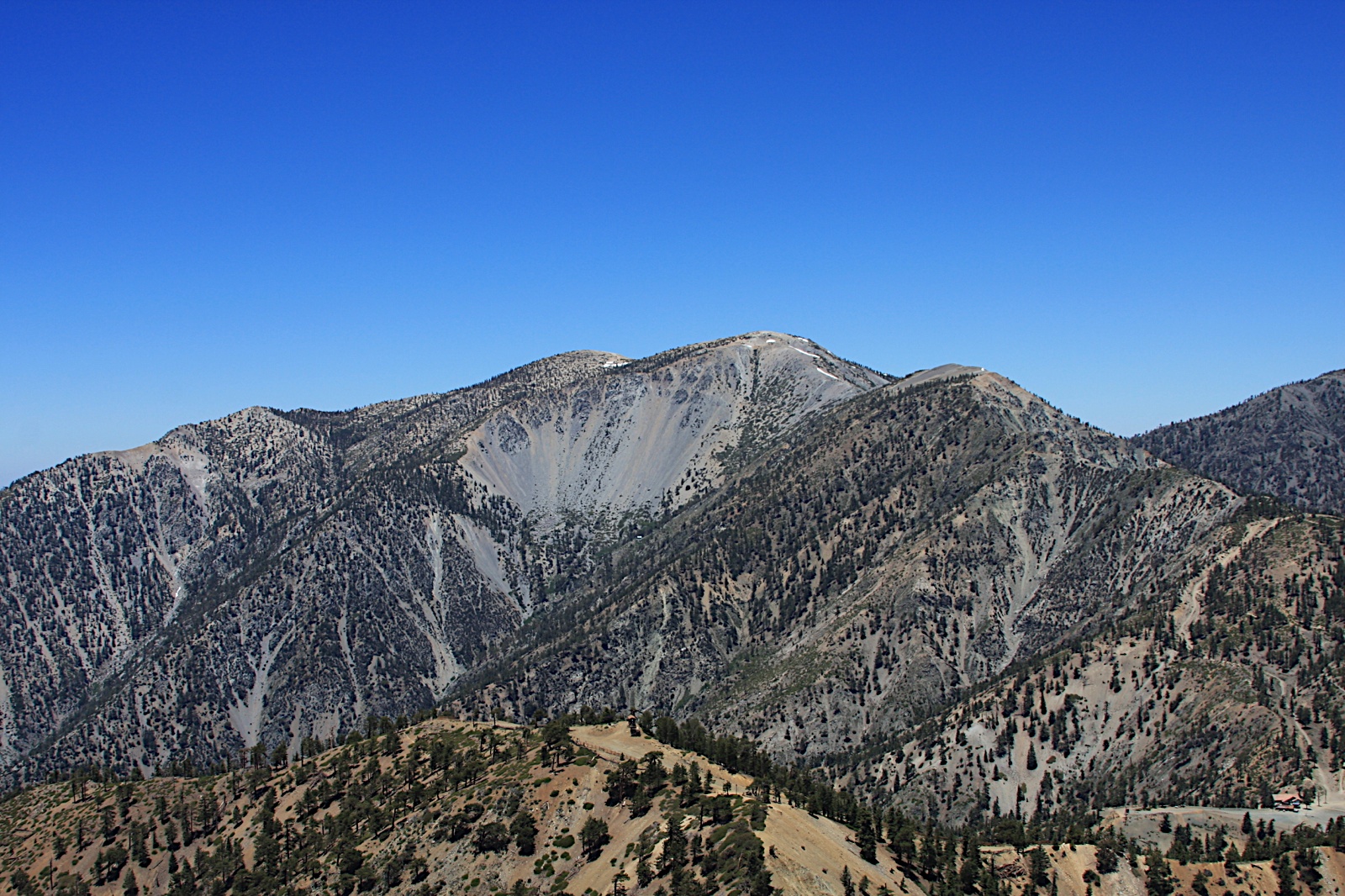 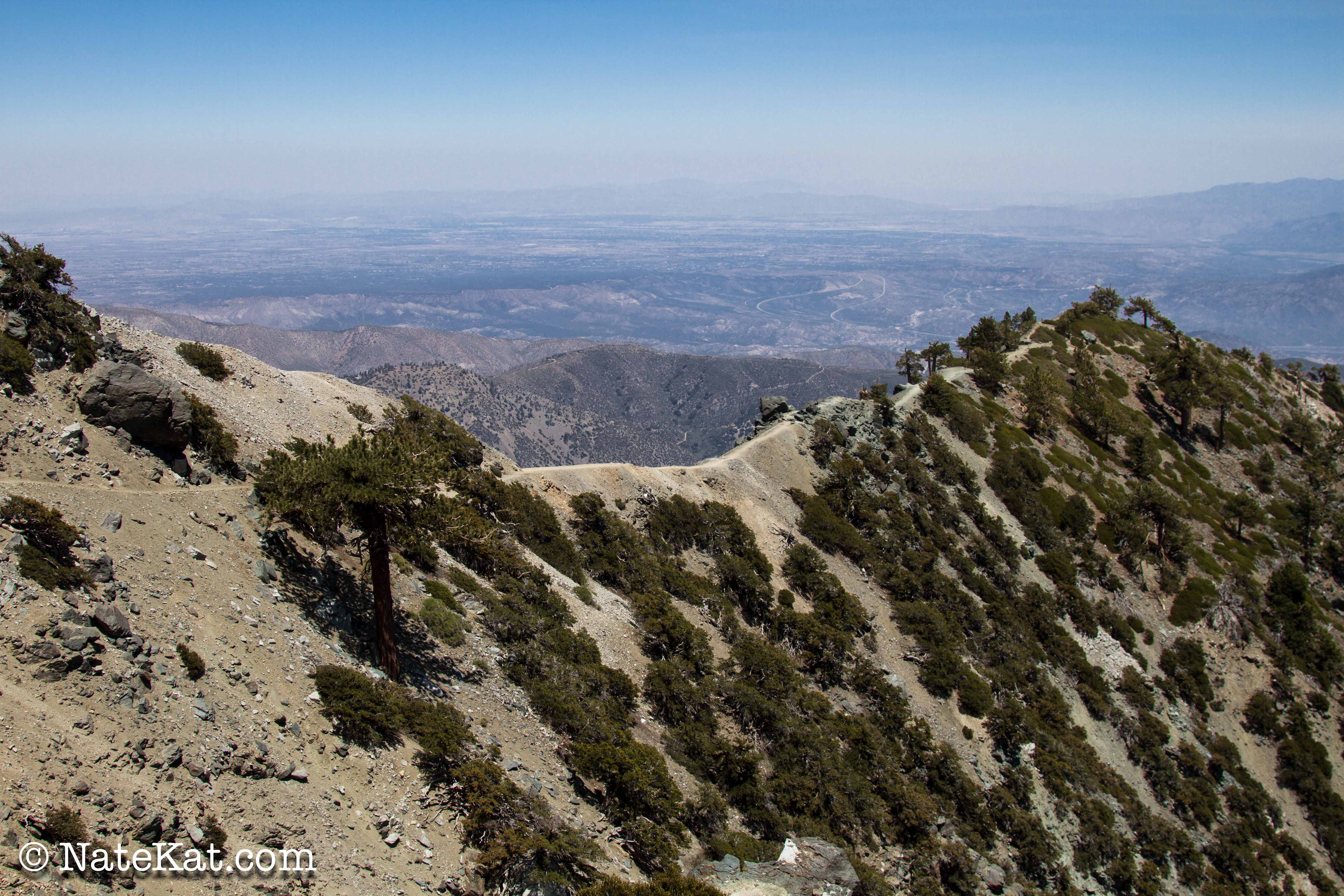 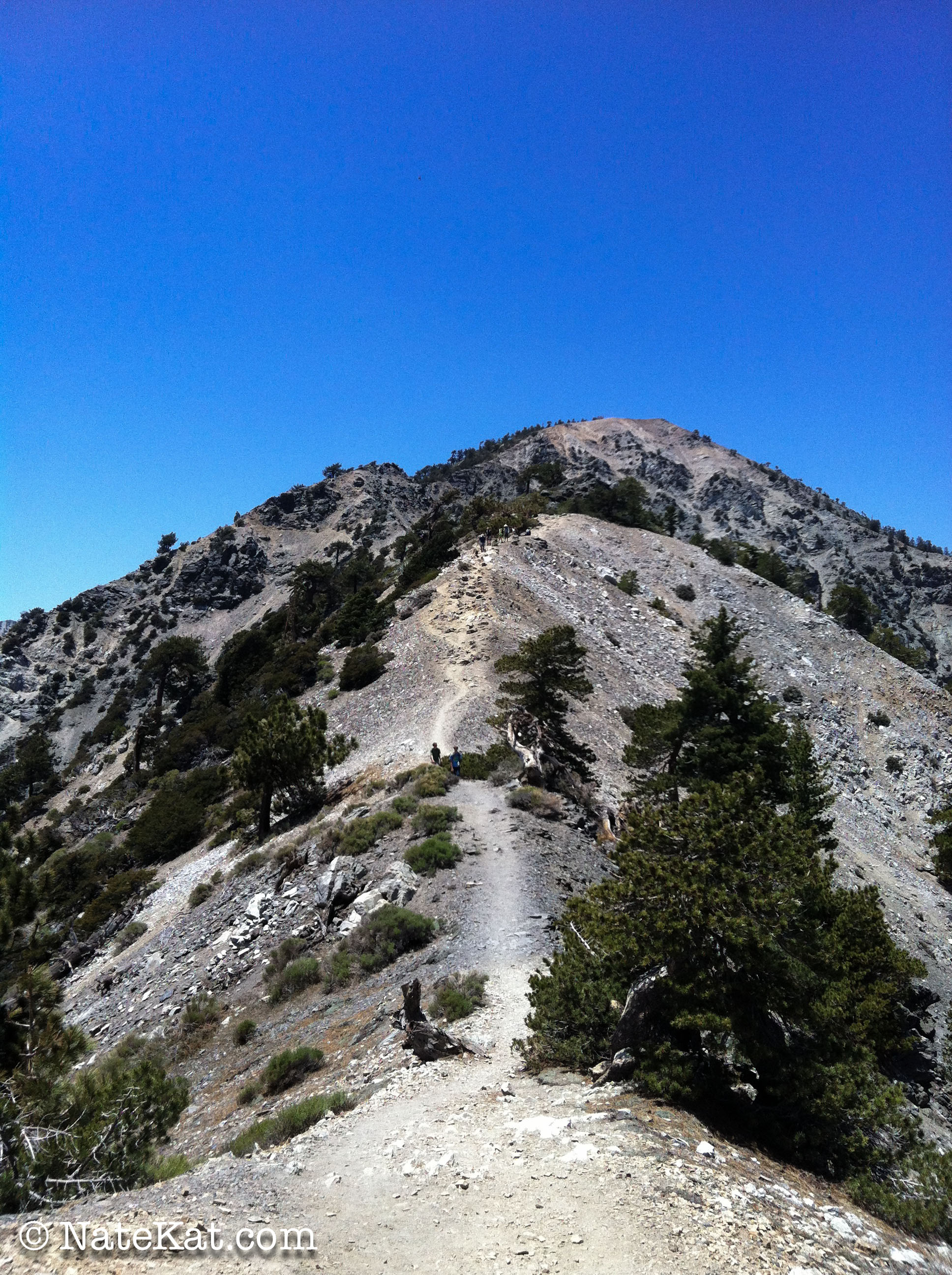 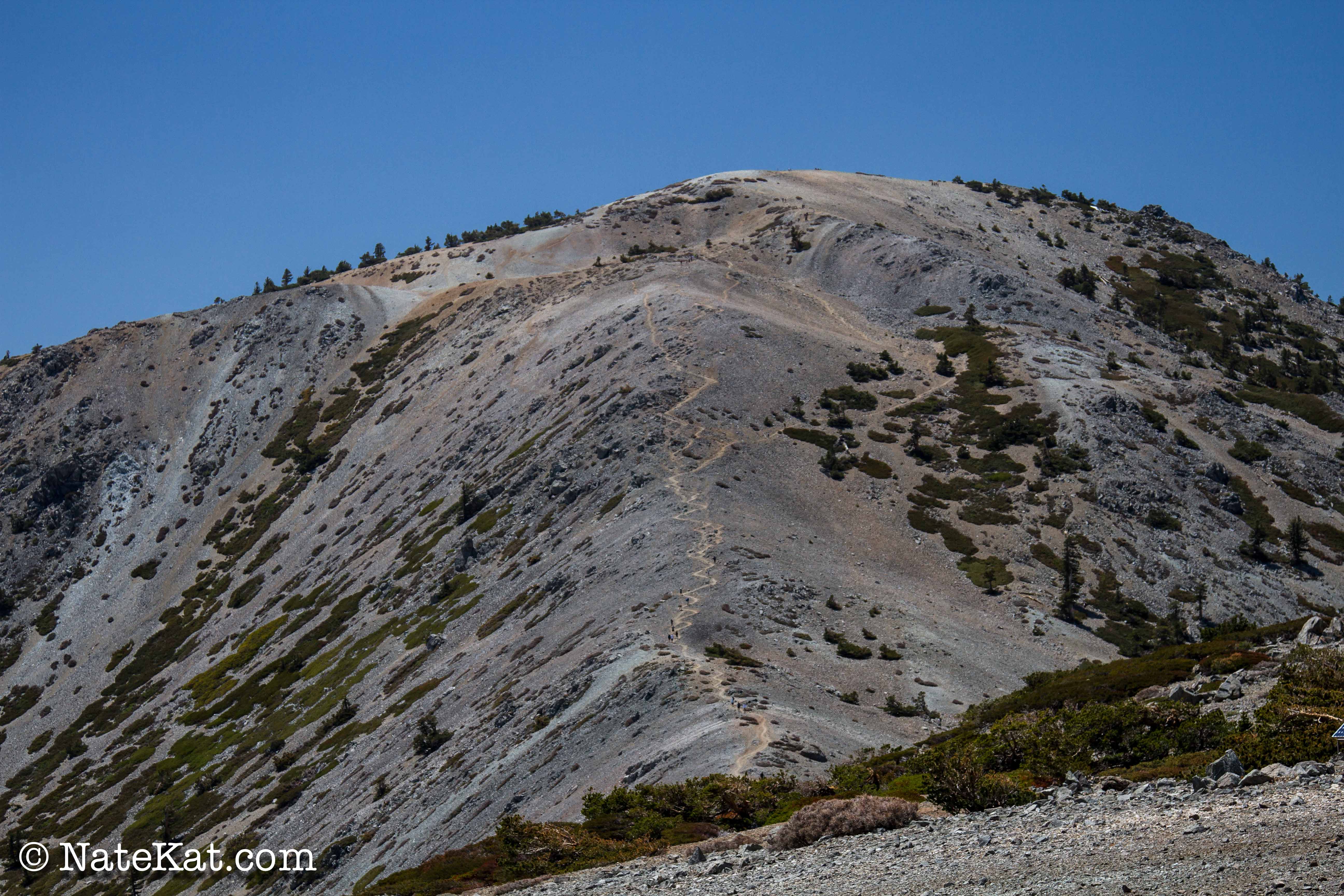 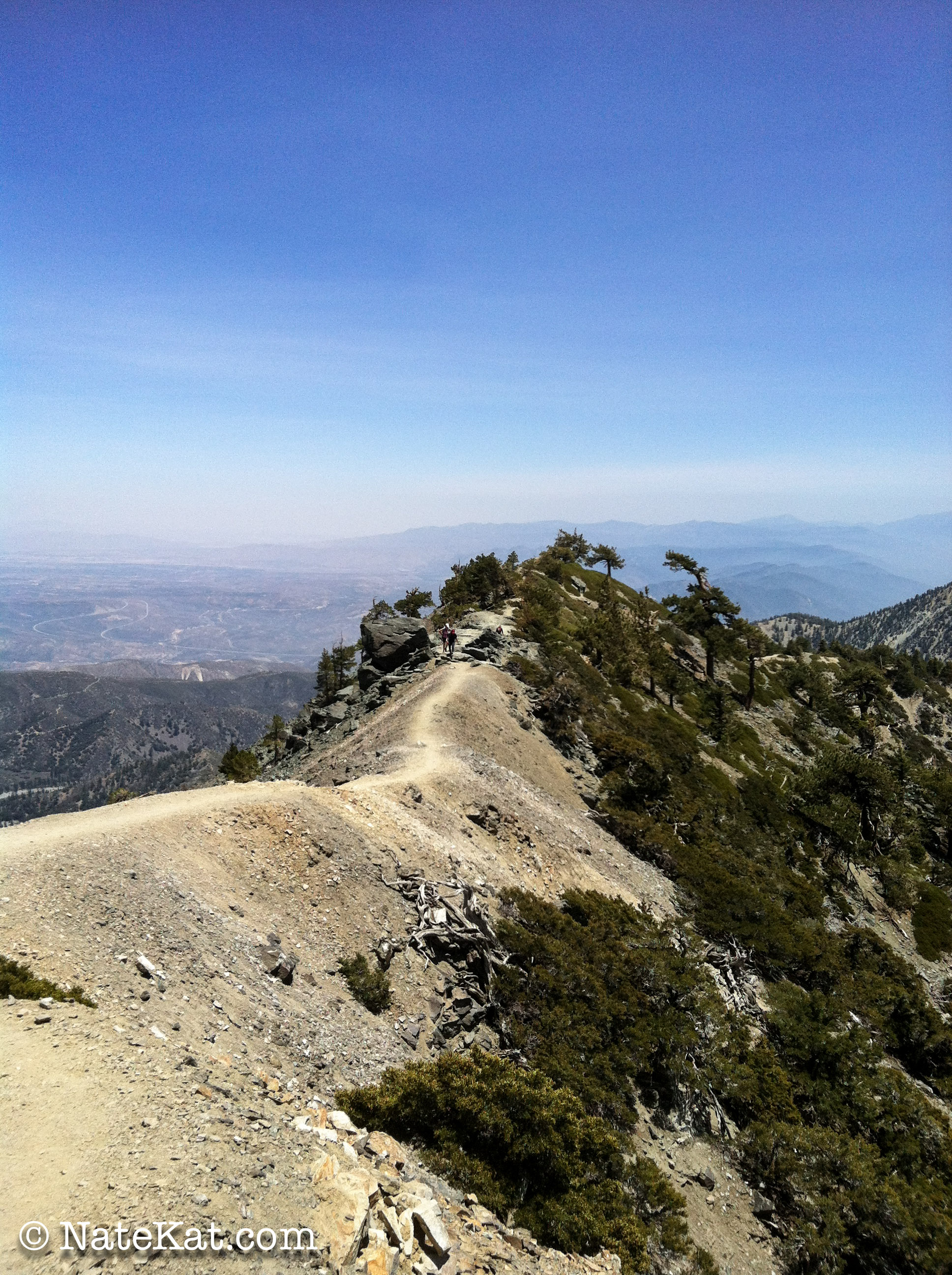 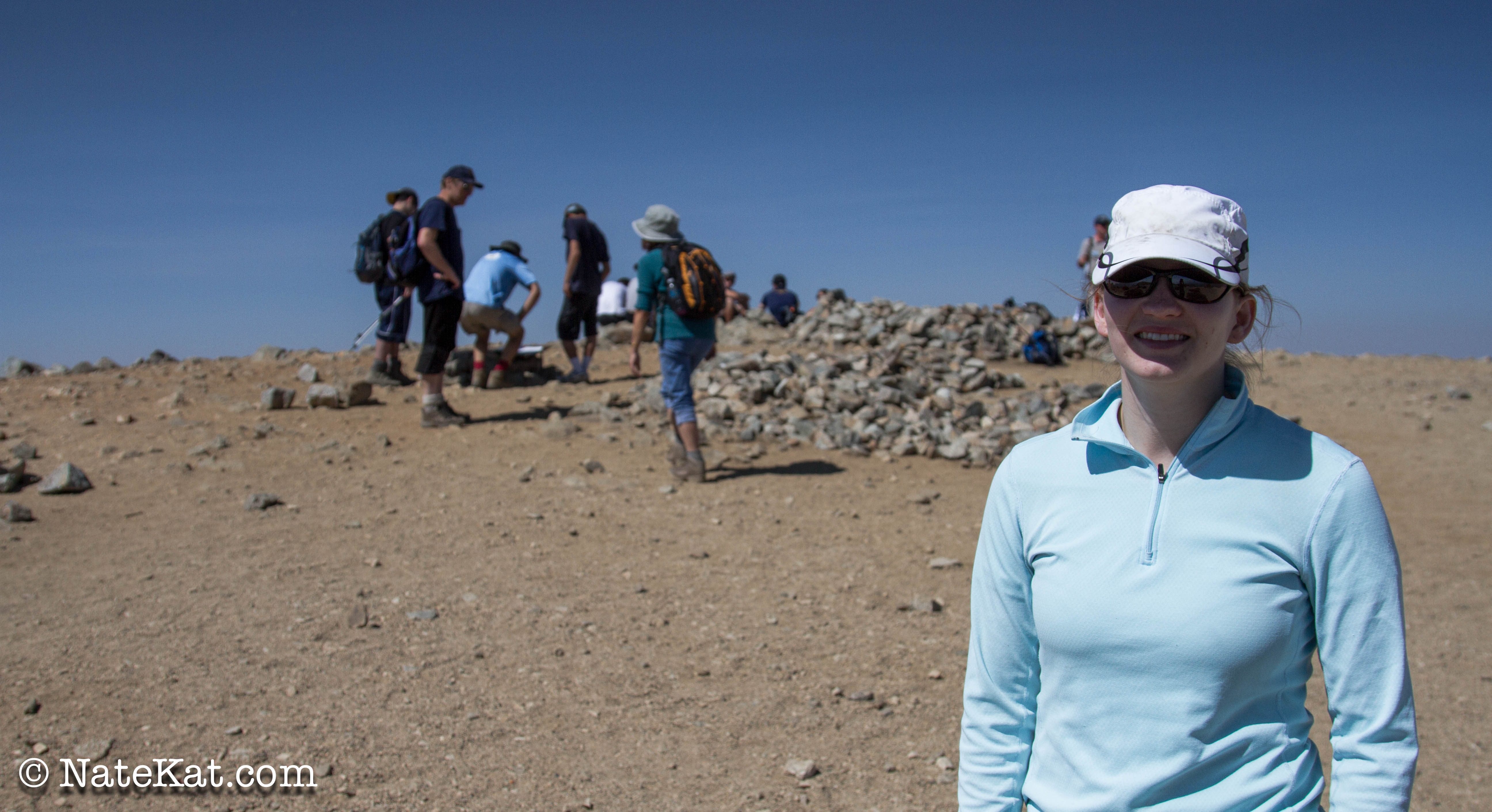 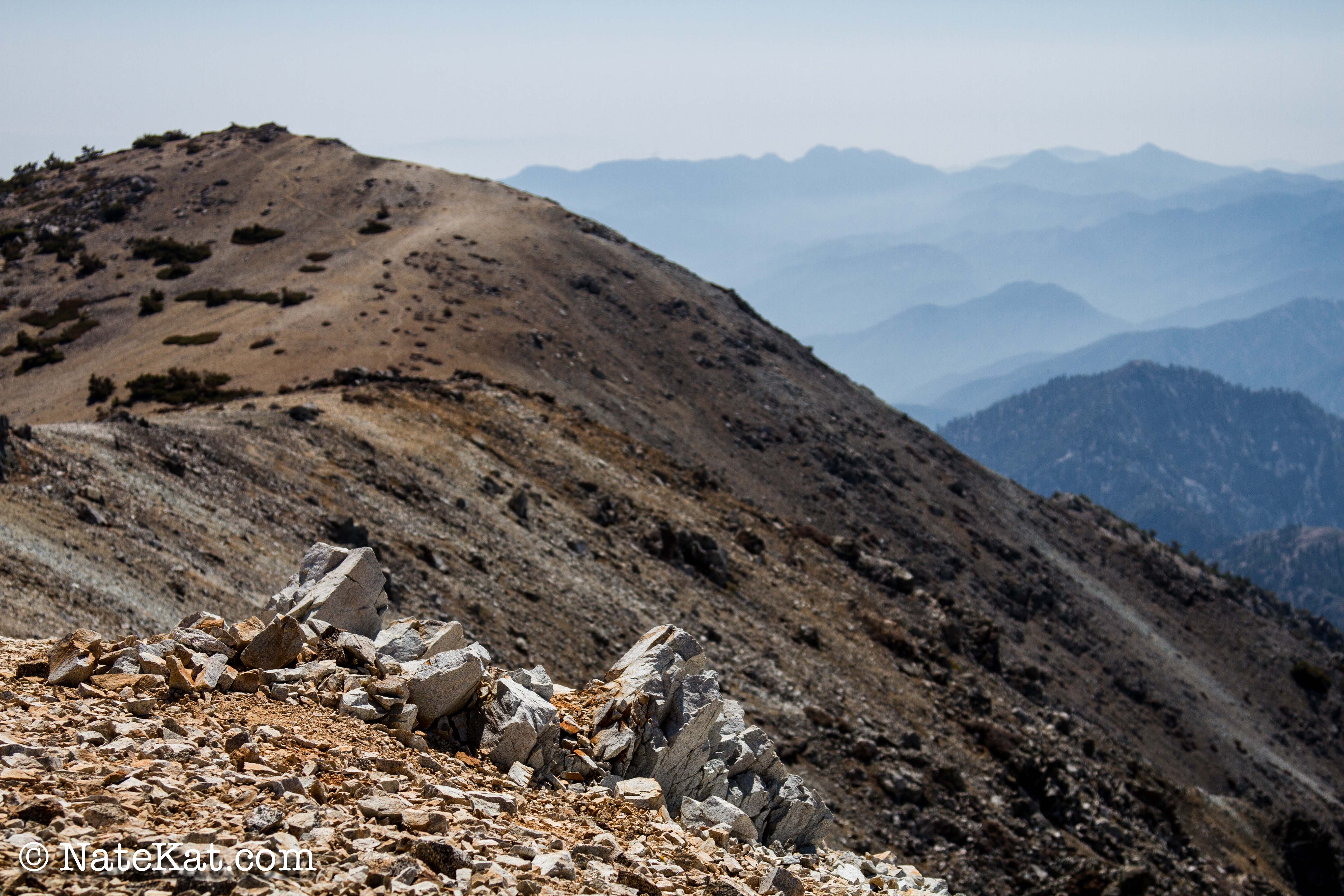