You are currently browsing the daily archive for June 18, 2012.

At the very end of April our friends Aidan and Aditya joined us for a hike to bag 4 peaks in 7.5 miles in the Angeles National Forest: San Gabriel Peak (6161′), Mount Disappointment (5960′), Mount Markhan (5742′), and Mount Lowe (5603′). This trail was recently reopened due to a rockslide near the tunnel. 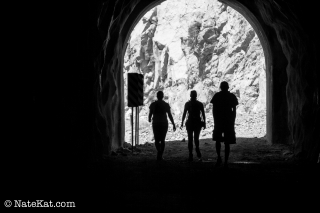 Each peak was somewhat unique; San Gabriel Peak is the highest of the 4 and has old concrete foundations from a fire lookout post, Mount Disappointment is covered in humming radio towers, Mount Markhan is narrow and less traveled, and Mount Lowe has a few welded pipes for viewing other peaks in the area.

Mount Markhan’s trail is narrow and is more of a boulder scramble to the top. 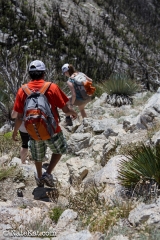 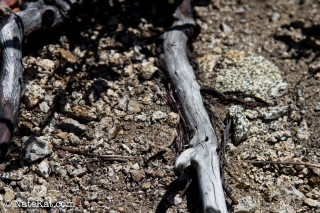 Can you spot the extremely camouflaged young lizard?! (HINT: In focus just to the left of the stick)

To my surprise we saw two in one day even though we’ve been hiking all over Southern California for years now without ever seeing one.

Many times when we reach a peak on our hikes we are greeted by these pale yellow butterflies that  fly circles around us.  I’ve tried many times to catch them in flight, but settled for this one resting on a plant, you can actually see the hairs on its back! 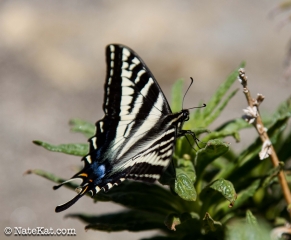