Katharine and I recently spent the weekend in San Diego, she attended the American Chemical Society conference while I hung out with my parents.  Saturday morning we decided to do a short day hike up Cowels Mountain, which apparently is pronounced “Coals.”  The mountain was cloaked in the morning marine layer, which blocked the view of the city, but kept the hikers cool into the late morning. 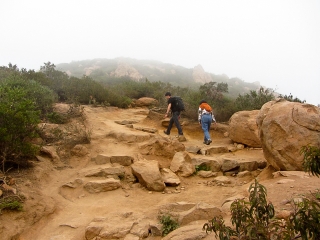 The hike is 3 miles roundtrip and climbs almost 1,600 feet.  It is the most popular trail in San Diego County and on a nice weekend might get 800 visitors a day.  This saturday it wasn’t too crowded probably because of the fog, but you could tell there were some regulars running up and down passing us several times as they got their morning jog in.

We of course made it to the top and waited our turn to get our photo taken then quickly headed down since the view was blocked by dense fog.  We had done this hike in the past so I wasn’t as disappointed by the fog.

On the way up we could hear a quail calling, but couldn’t see him.  On the way down we spotted him on a tall rock between the switch backs.  Considering the rare photo opportunities on this hike with the fog and even rarer animal sighting I hiked into the bushes to get a closer look. 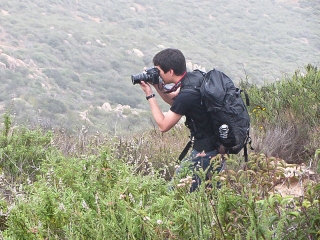 The quail sat there patiently while I took a couple photos every few feet I got closer. 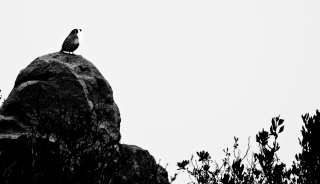 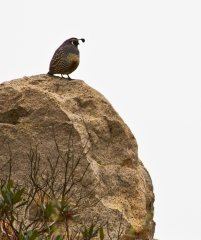 All in all it was a fun hike and it is always fun to share one of my hobbies with my parents. 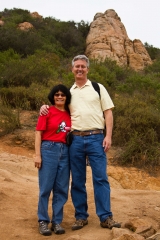 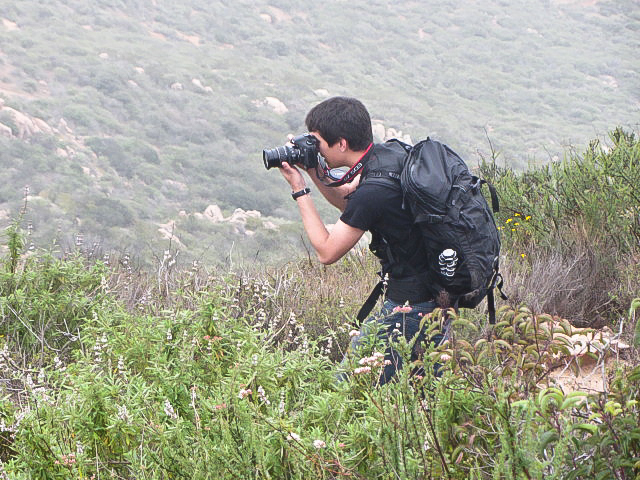 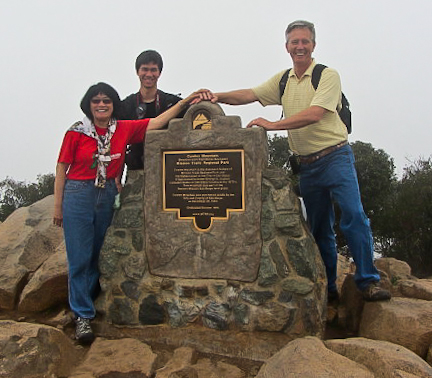 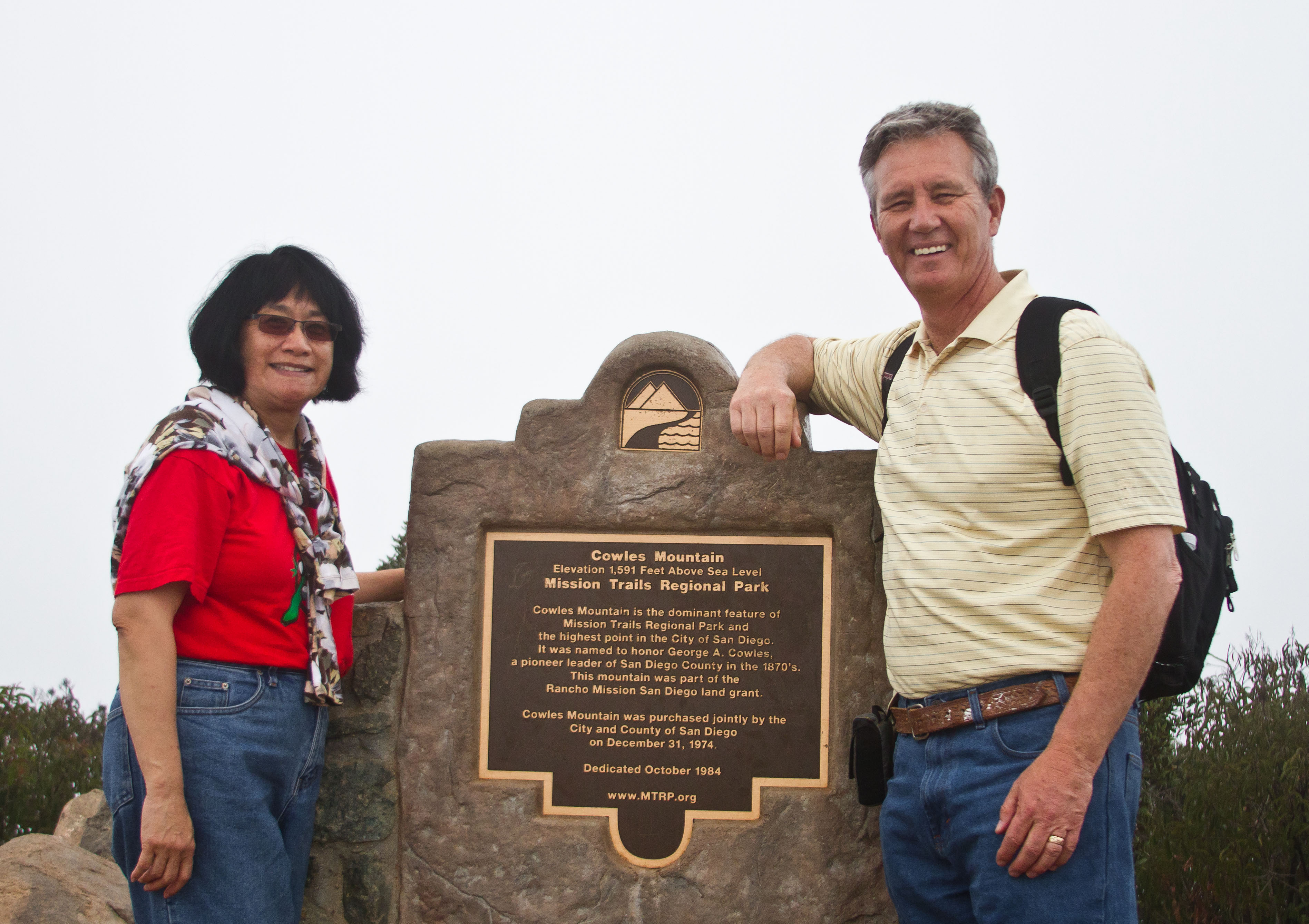 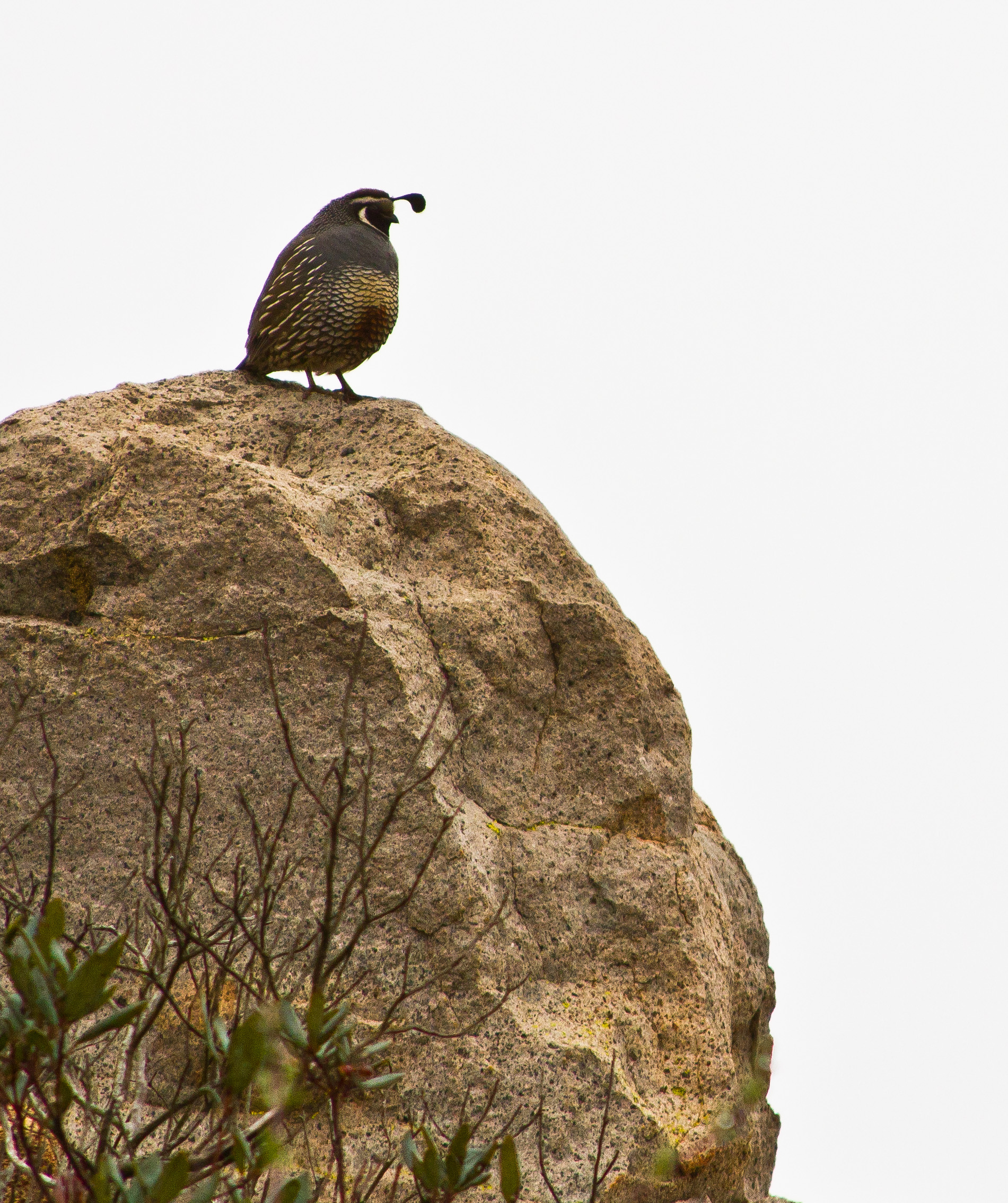 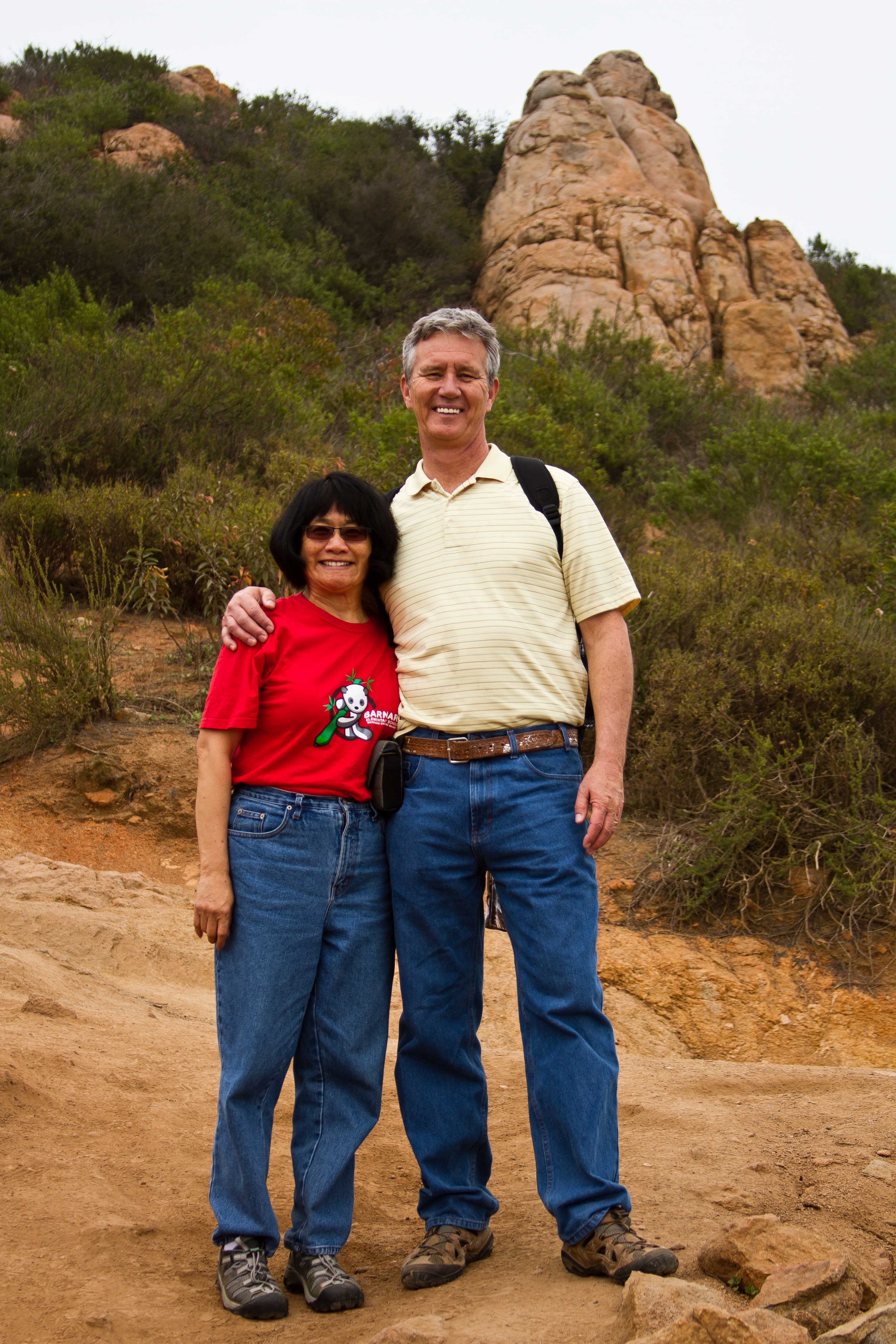