You are currently browsing the daily archive for March 10, 2012.

My cousins Tom and Amy had planned a desert trip to CA for a winter break trip in February and invited us to meet up with them at Joshua Tree National Park for the weekend. We were glad to see we had the weekend free and planned for a short trip (2 days, 1 night). Nathan and I have a lot of interests in common with Tom and Amy (hiking, backpacking, national parks, and photography to name a few) but we don’t often get to see each other besides for weddings and Christmas. So we were excited to finally do a camping trip together! And we hadn’t been to Joshua Tree since April 2009, which was actually my first camping trip with Nathan.

We drove out to Joshua Tree Saturday morning and headed into the park to try to snag a campsite. As we got about 15 min into the park, we were surprised to see snow!! 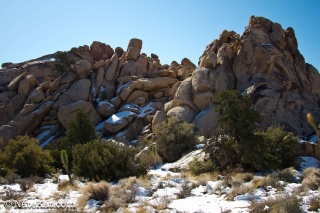 Patches of snow among the boulders

I think I seriously have some sort of snow curse… always plenty of snow when camping but never enough when we want to snowboard. Luckily in this case there were just small patches left, not enough to really affect campsites. Unfortunately we got there about 30 minutes too late to get a campsite, but it wasn’t a big deal though since there is plenty of BLM camping near the park (i.e. camping on a dry lake bed near a local airport runway).

We spent Saturday and Sunday doing a bunch of different hikes and exploring with Tom and Amy. We started with a short hike at Hidden Valley, which included many stops for photos of the joshua trees. We then went to see the chollo cactus and stopped at Jumbo Rocks to scramble on the boulders. We checked out Keys View around sunset and then set up camp and went to sleep pretty early. 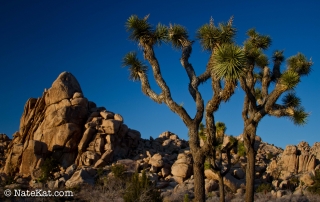 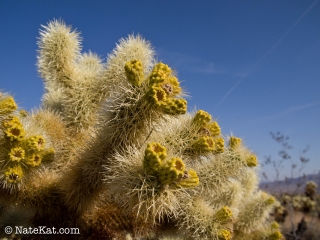 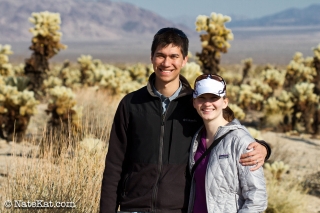 Nathan and Katharine at the Chollo Cactus Patch 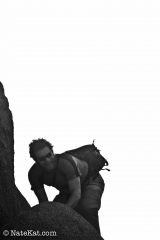 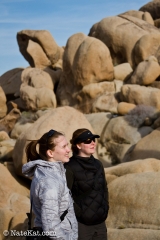 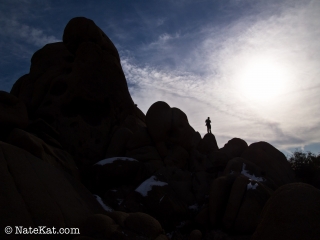 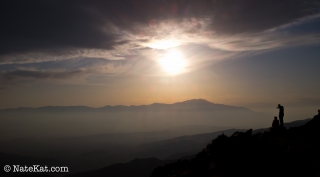 On Sunday we hiked out to 49 Palms Oasis (which seemed much easier than when Nathan and I hiked it 3 years ago) and did another short hike at Split Rock. Tom and Amy headed off to Death Valley and we stayed for sunset before heading back to LA. 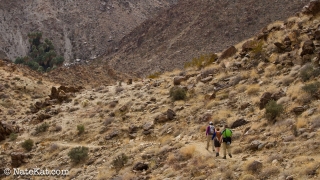 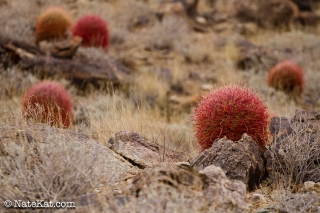 Red Barrel Cactus on the way to 49 Palms 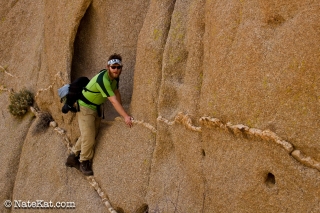 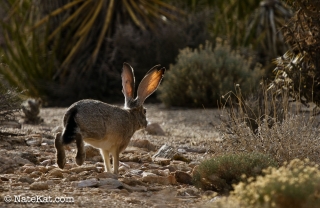 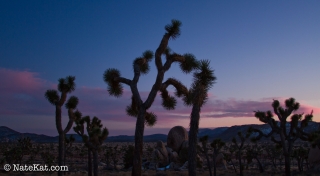 It was a great trip and fun to return to Joshua Tree to take some better photos than last time. Tom and Amy also have Canon cameras, so Nathan got to try out a few of their lenses, including a macro one he really liked. Check out the rest of the photos: