When I was planning the trip to see the elephant seals, I discovered that nearby there is a grove of eucalyptus trees near Pismo beach that support thousands of wintering monarch butterflies. At the peak of the season there are over 20,000. Apparently we missed the peak by a couple weeks, so there were “only” ~5,000. It still was quite a sight to see them covering the tree branches 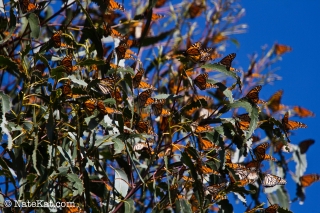 They tended to cluster in the sunshine to stay warm, but there were also many flying around from tree to tree. There also were some mating – they flit about in the air and then on the ground or in the air the male grabs the female and tows it up to the highest branches where they ‘hang out’ for a few hours. 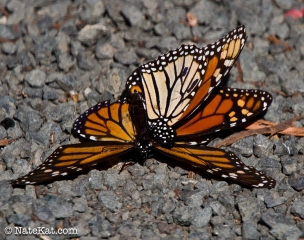 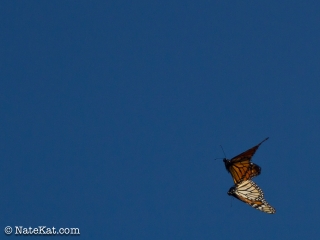 The butterflies were beautiful and it was amazing to see so many at once. They were up pretty high in the trees though making photographs pretty challenging. It was worth it though! 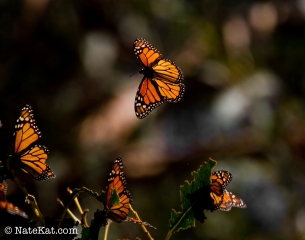 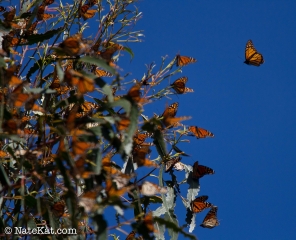 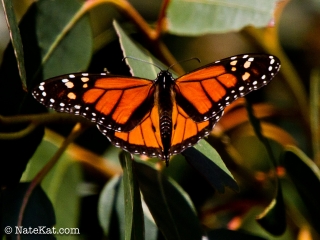