At the beginning of the year I started researching different trips we could do, and especially tried to find some interesting opportunities for wildlife photography. I expected to mainly find information on bird migrations or the like, but instead discovered that there is an elephant seal rookery in the Pismo Beach area. Although you can see seals there at any time of year, Jan-Feb is best because the females give birth while the males fight to gain and protect their harem. I decided to design it to be a full photography trip, adding a stop at a grove with thousands of wintering monarchs and some exploration of the beautiful coastline. We invited Nathan’s parents since they are always up for new experiences, so they met us in LA and we made the 4 hour drive up the coast on a Friday night.

If you’ve never seen a picture of a male elephant seal, there’s not much to prepare you. They are huge, weighing up to 6000 pounds, and their noses are just ridiculous.

The females and babies have the more traditional cute seal face though.

The rookery at Piedras Blancas has a boardwalk overlooking the beach, allowing us to get a great view of the action. These seals were definitely the most active and interesting animals that we’ve seen. The males were constantly moving around protecting their harem of females, threatening other males and chasing them off. We saw a couple fights where they attack each other with their teeth until one retreats into the ocean. And their chests were covered in rough scar tissue, proof of previous battles. 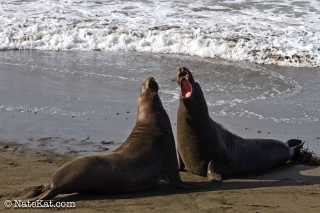 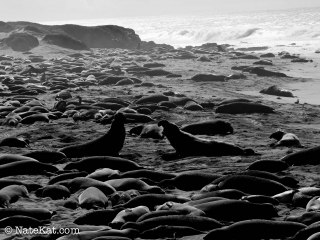 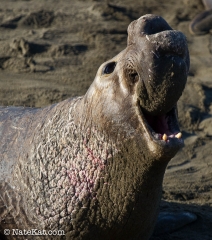 The females meanwhile were mostly trying to avoid advances from the males, constantly barking and fighting among themselves.

They also flip sand on themselves, probably for sun protection. Many were nursing their pups although they only do that for about a month before leaving the beach and their pup behind to fend for itself. Generally once they’ve given birth, they breed again and head back into the ocean for another 9 months. 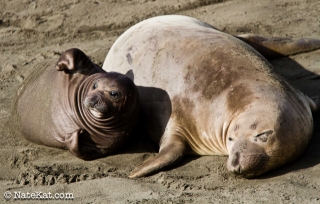 The pictures give you an idea of these incredible animals (more at the end of the post), but you really should check out the video… watching these huge animals move across the beach is quite a sight. Also, nothing can prepare you for all the crazy sounds they make, nothing can describe it.

So, if you ever have the chance to visit in the winter, it’s definitely worth the stop. We are already planning to go back again next year, maybe a little earlier when there are more births and the males are fighting more to decide which females they can claim for their harem. 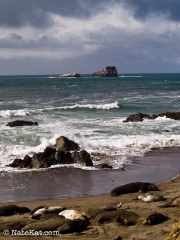 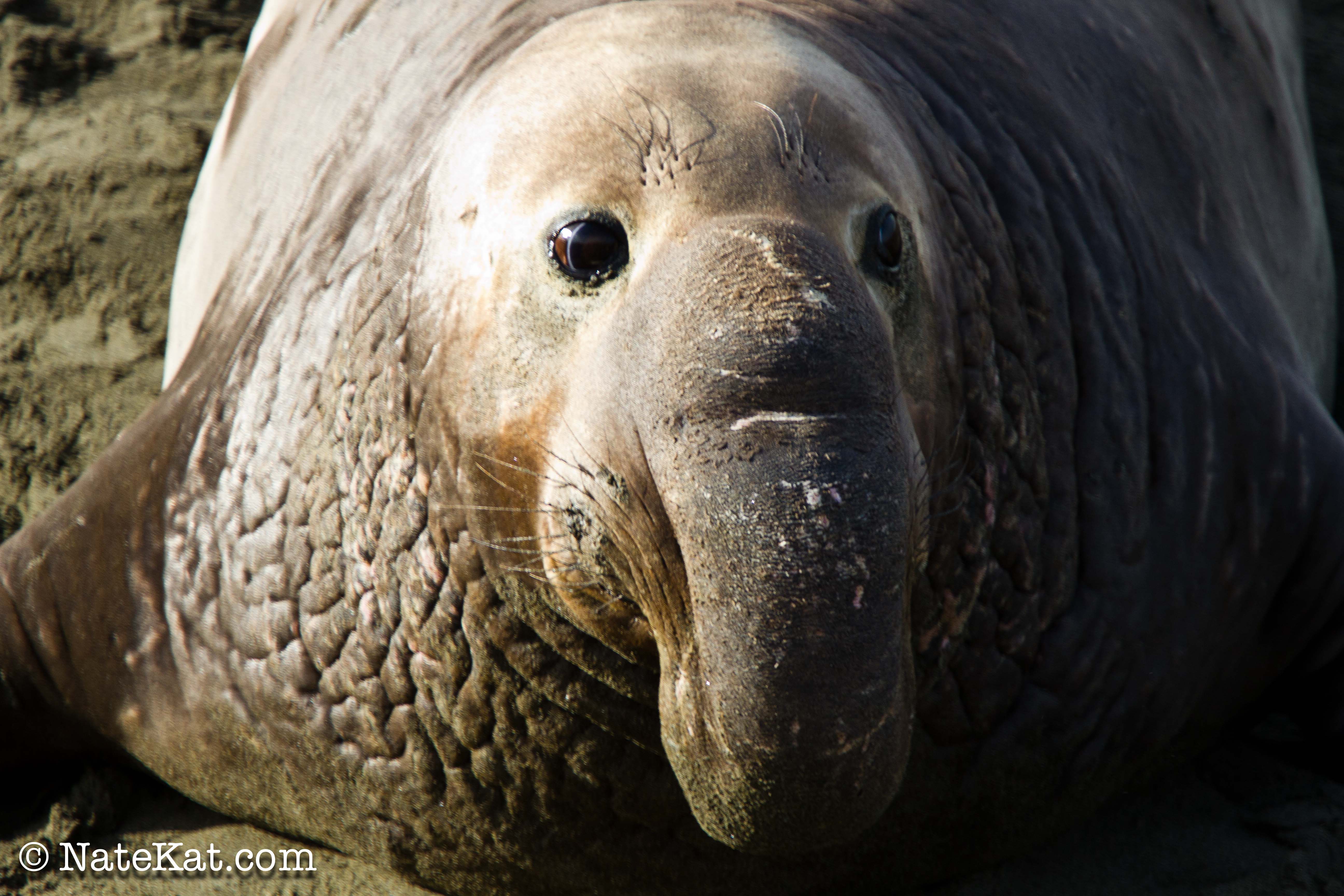 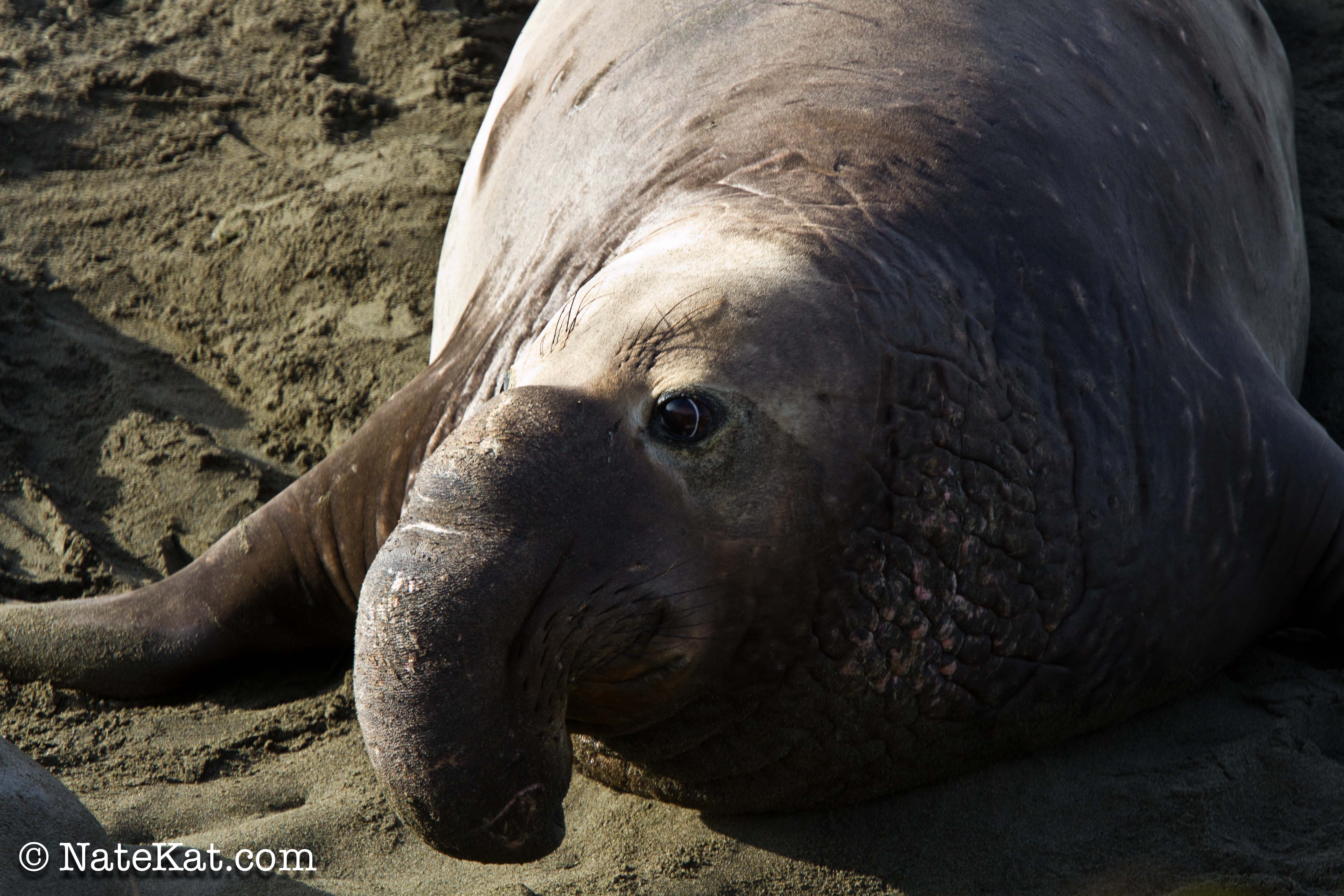 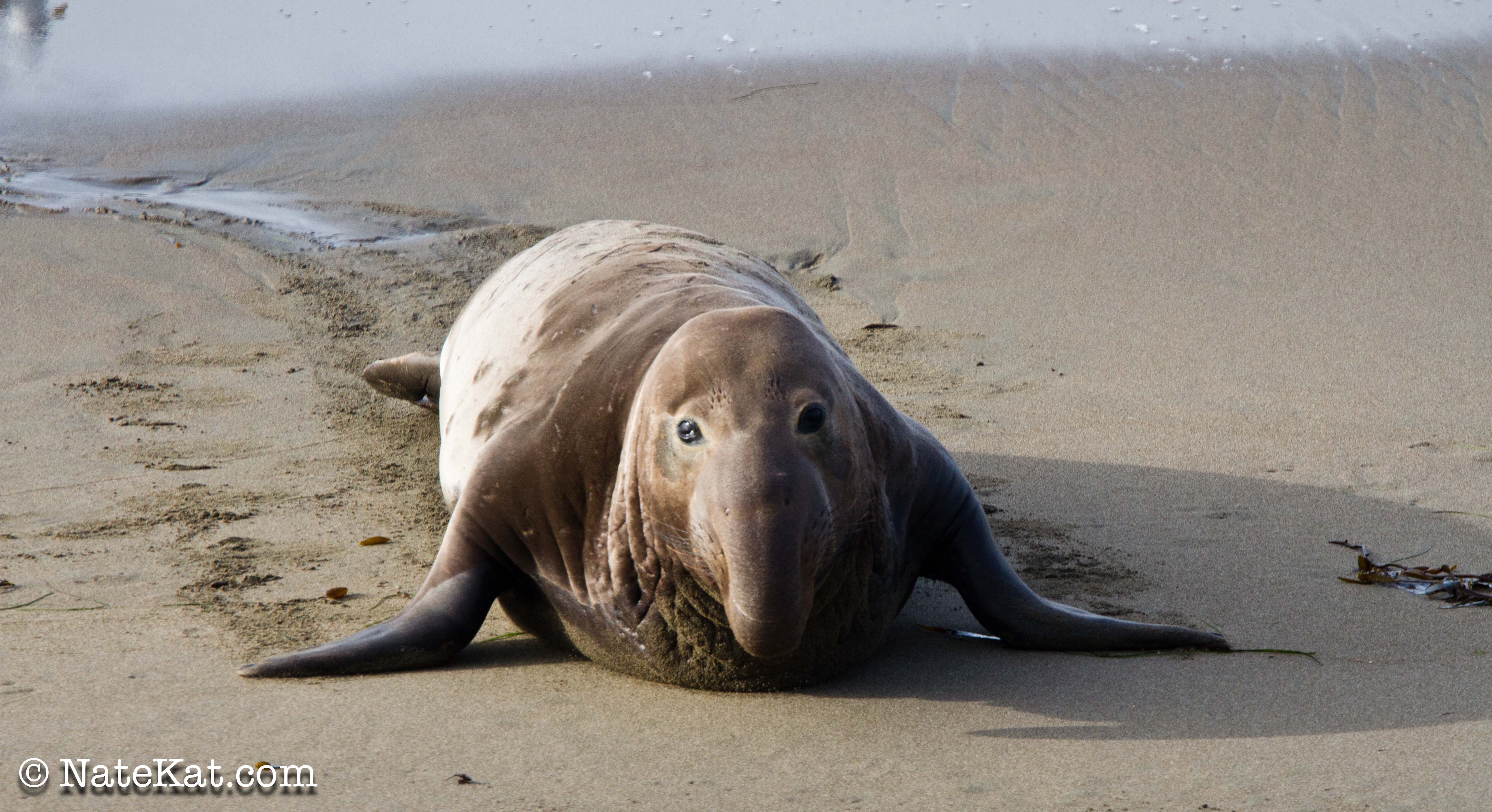 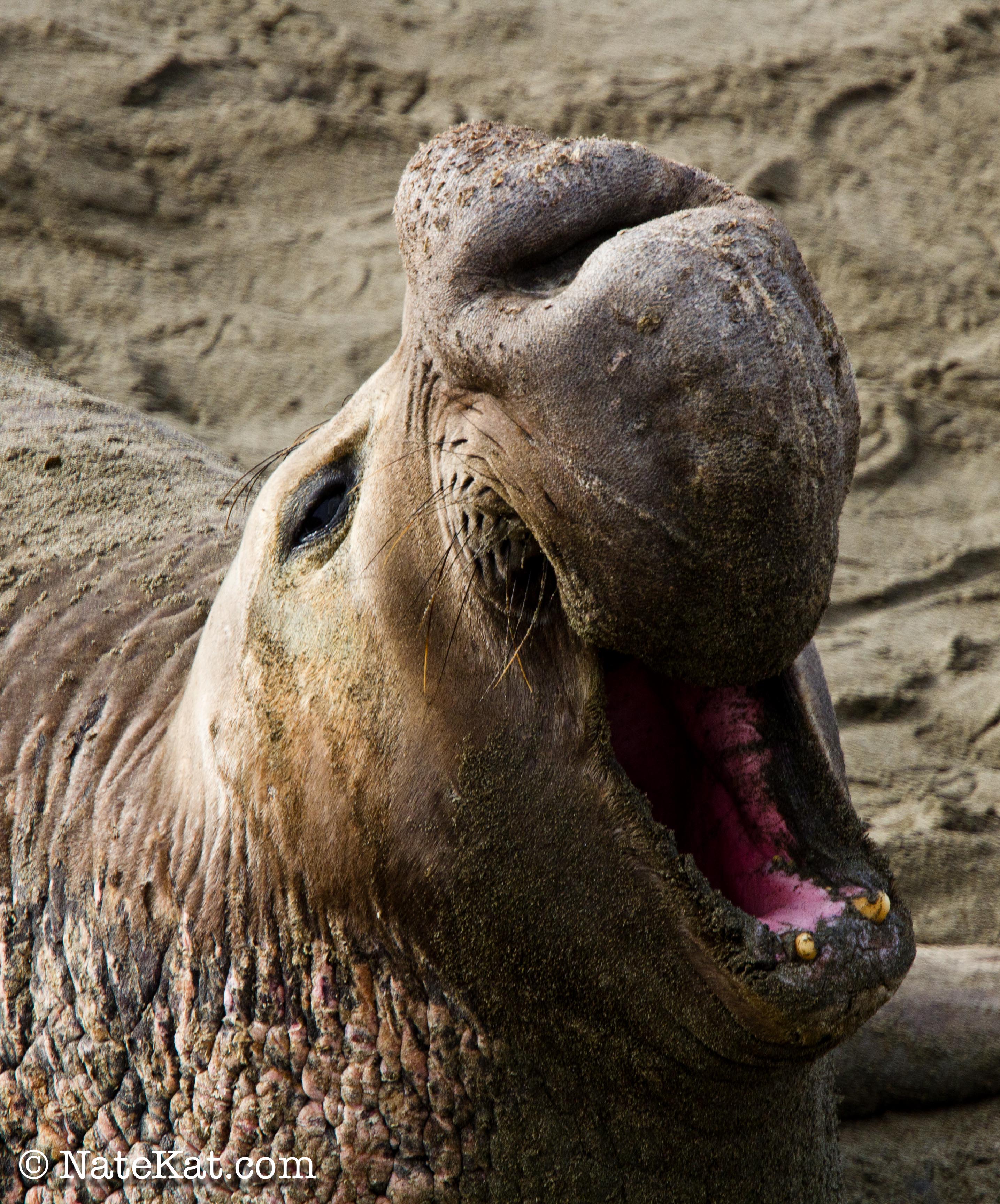 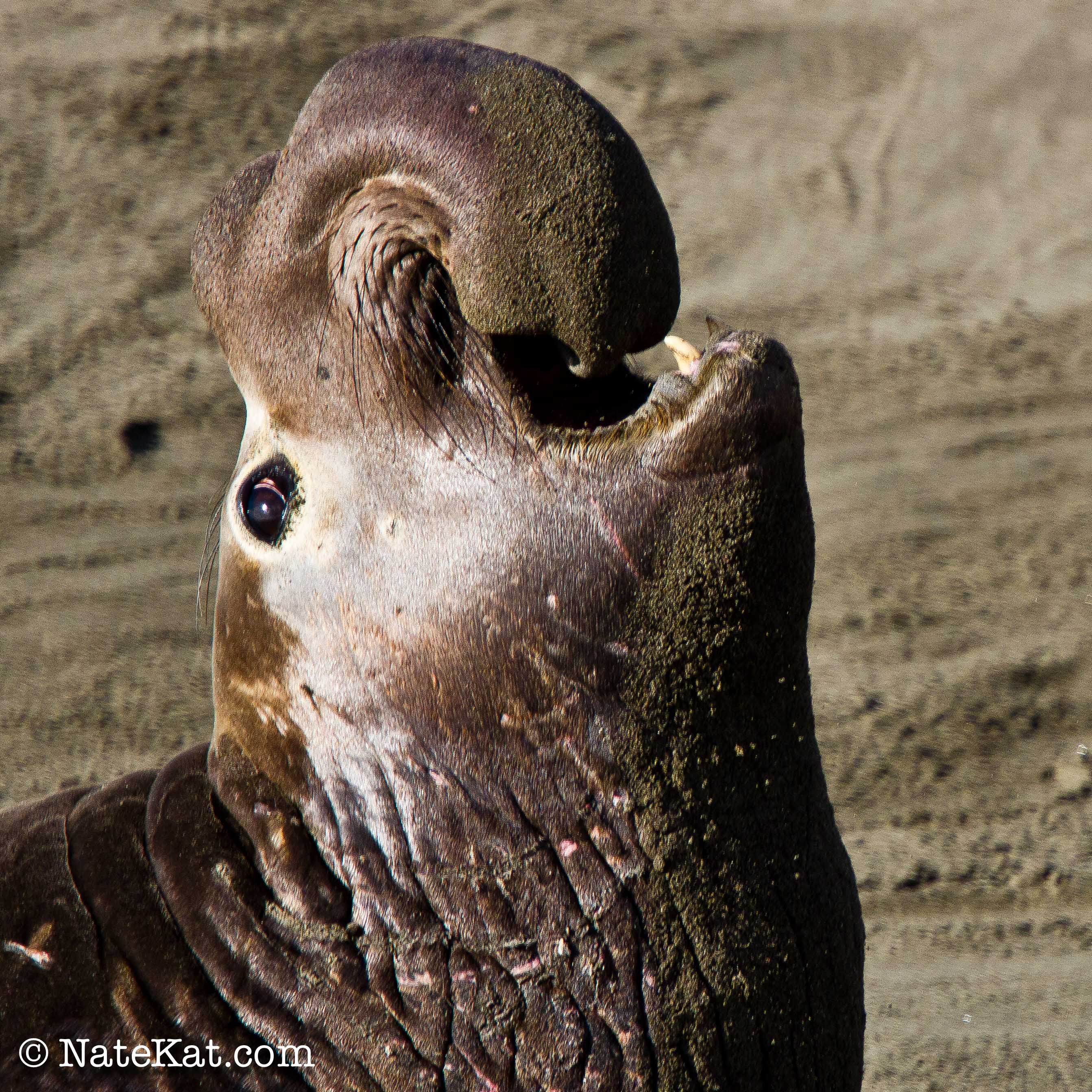 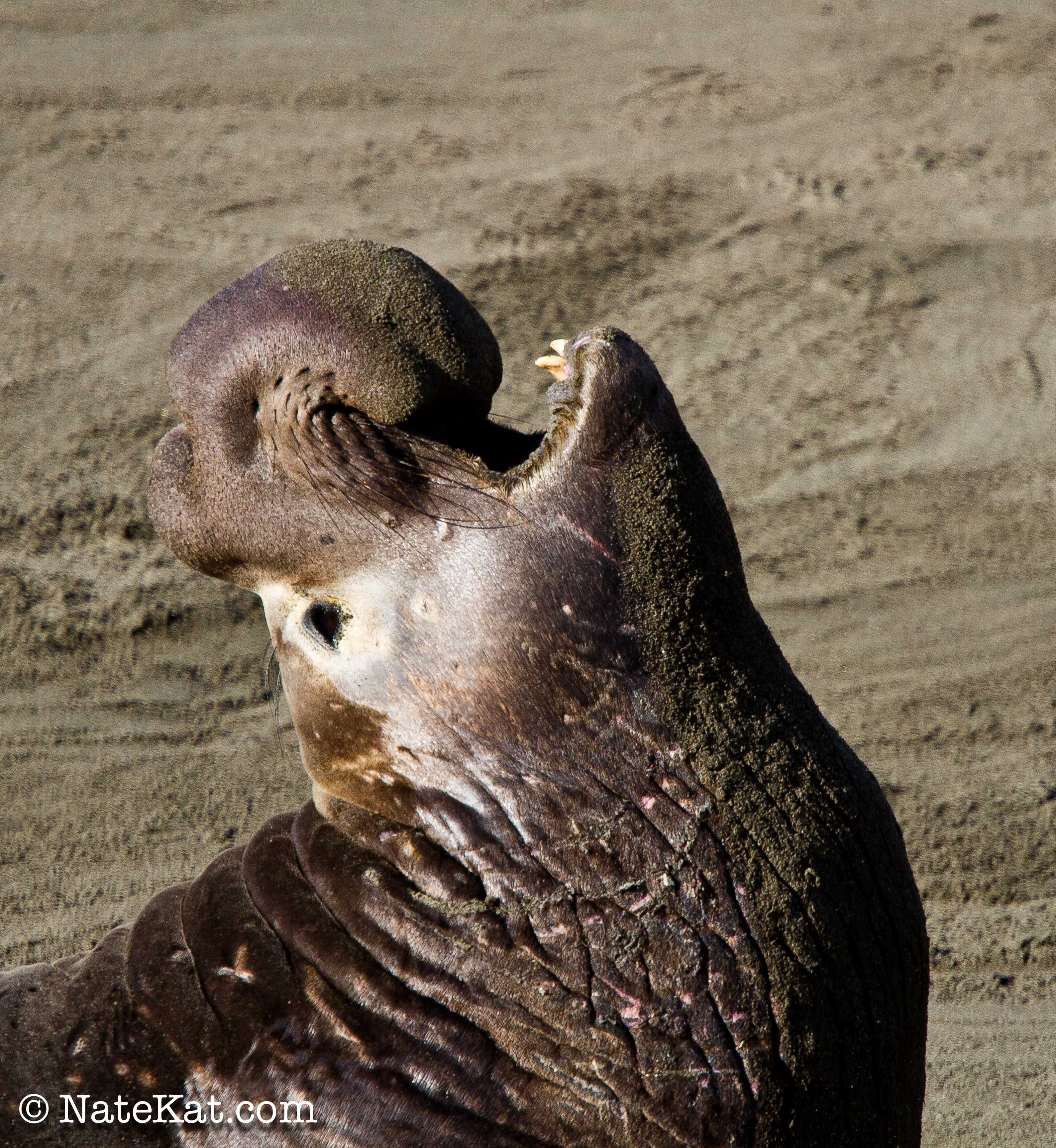 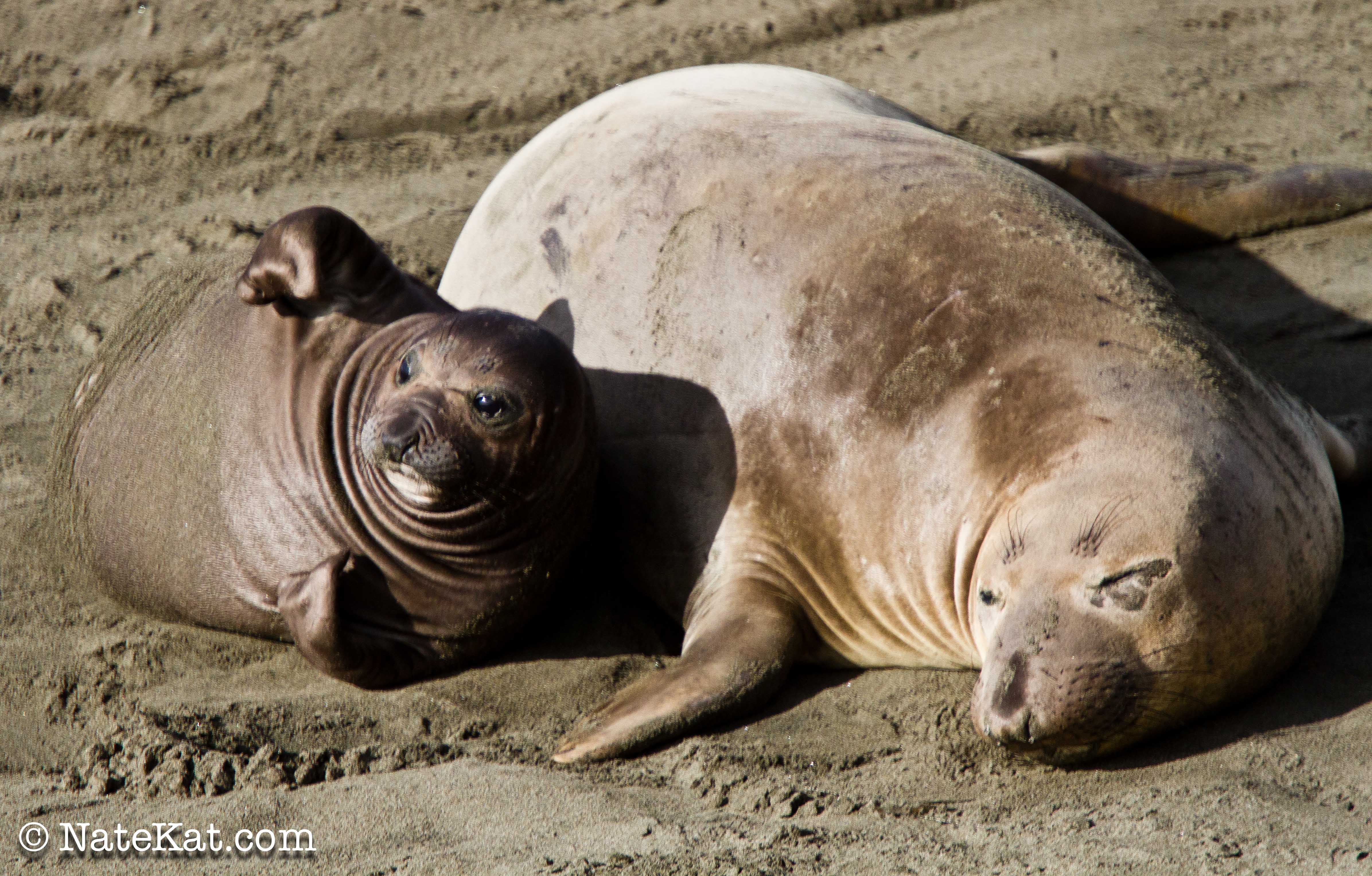 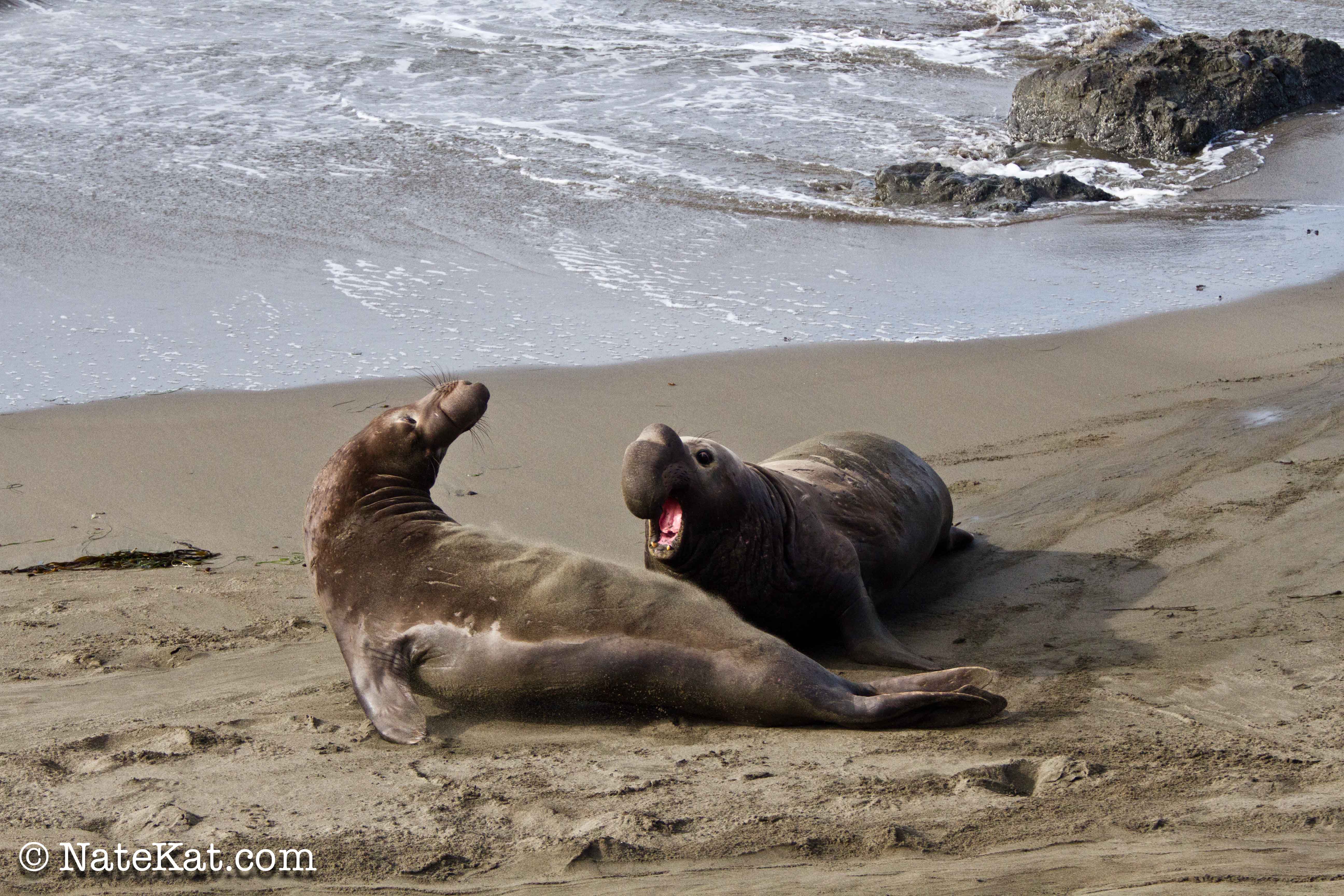 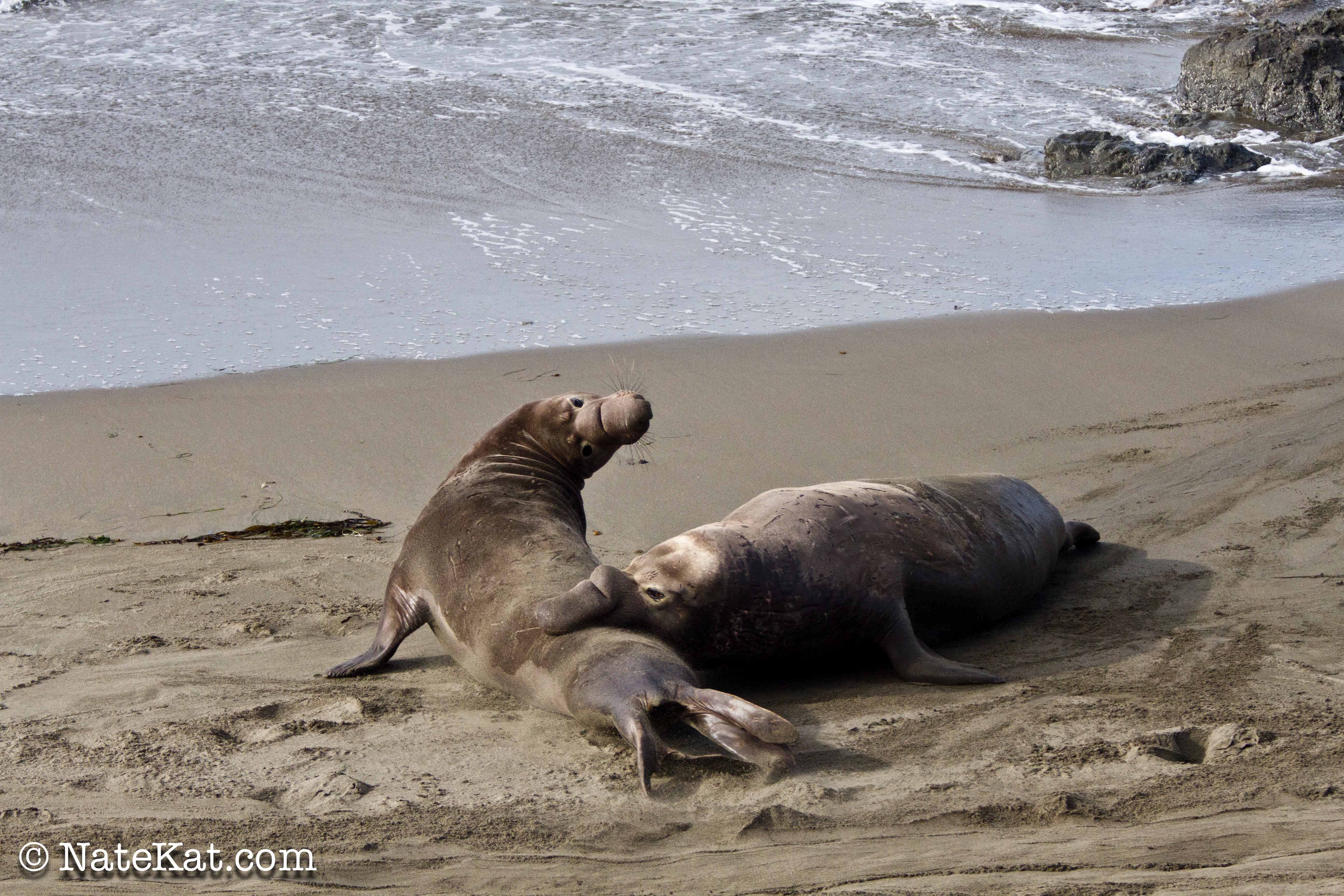 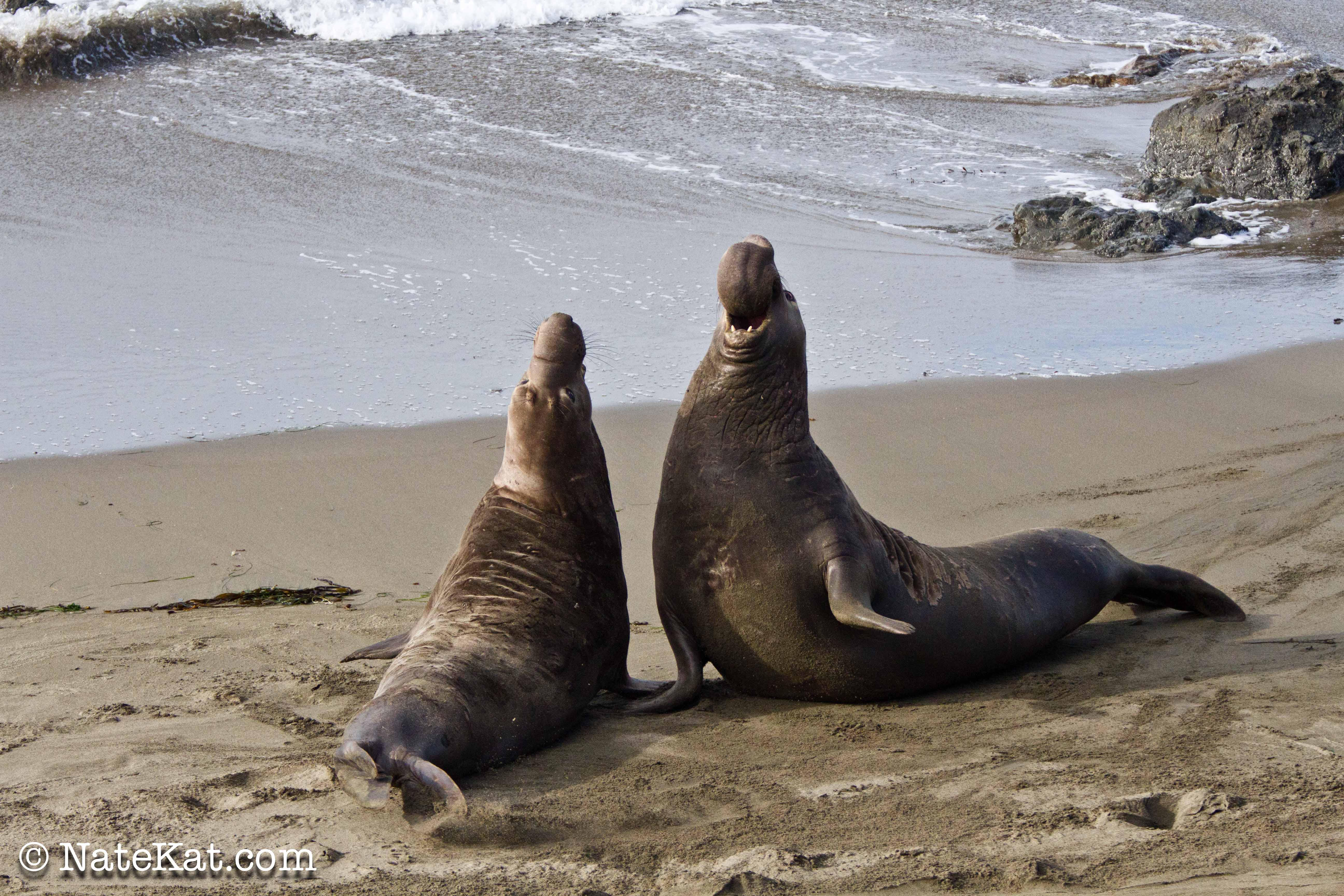 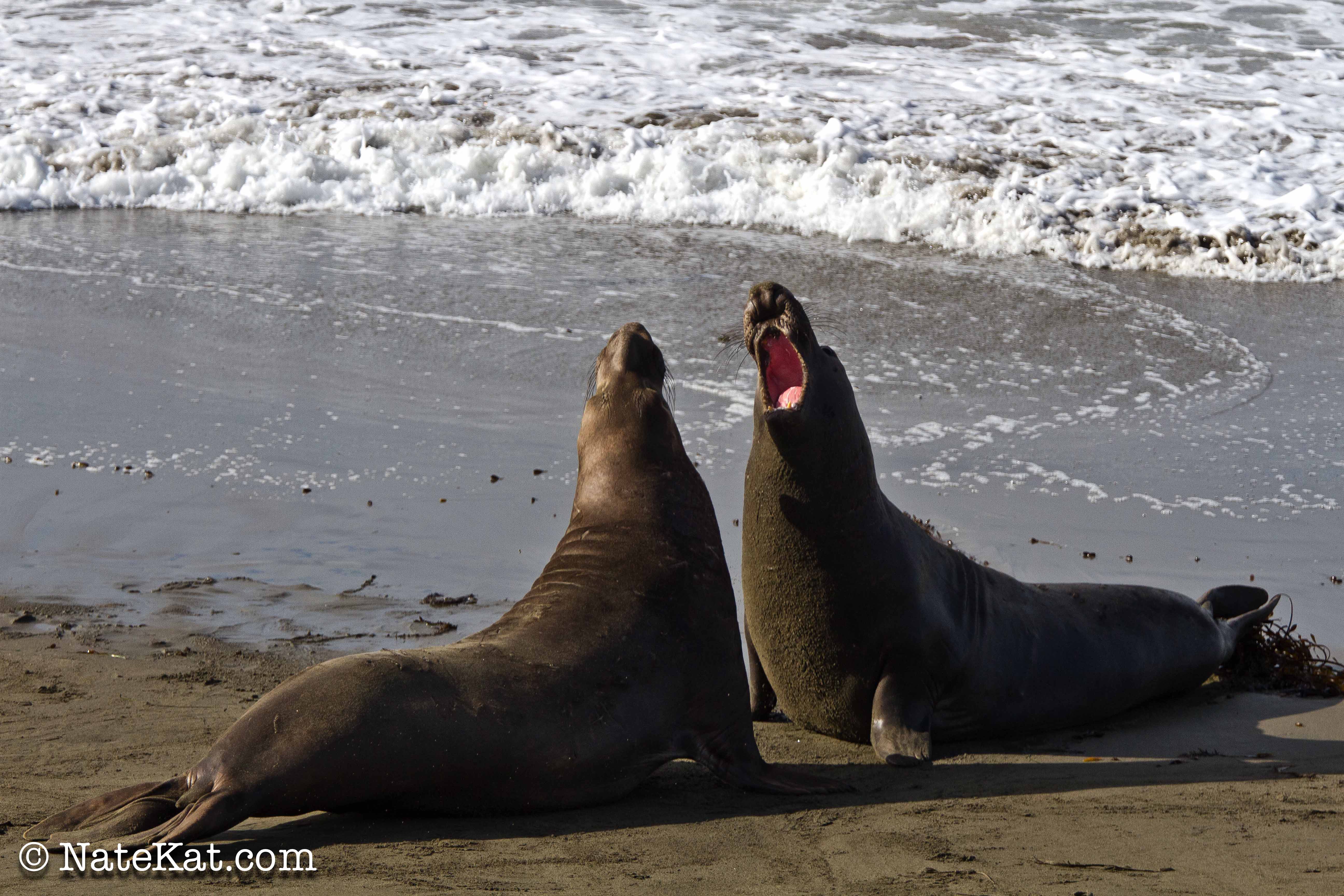 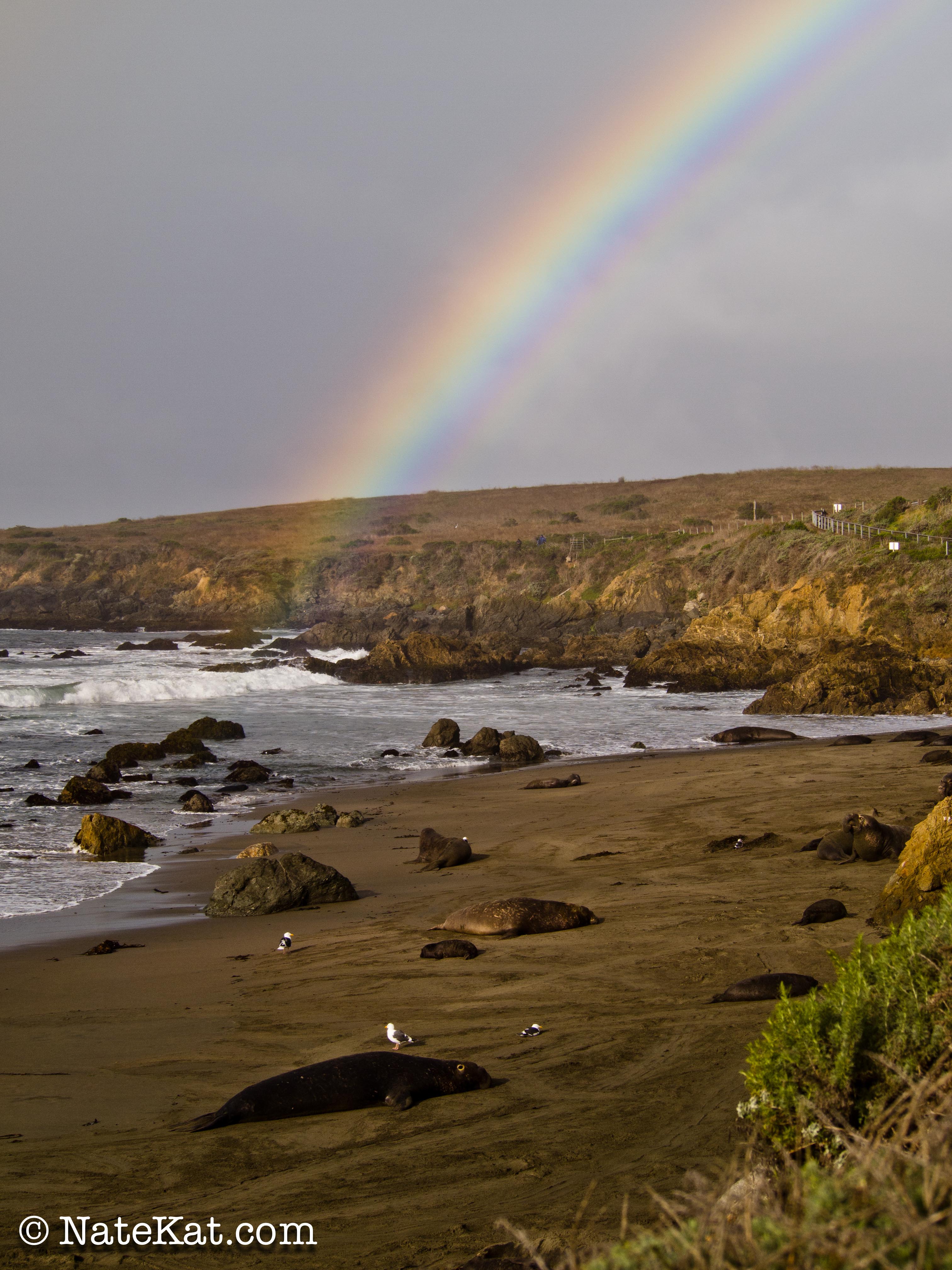 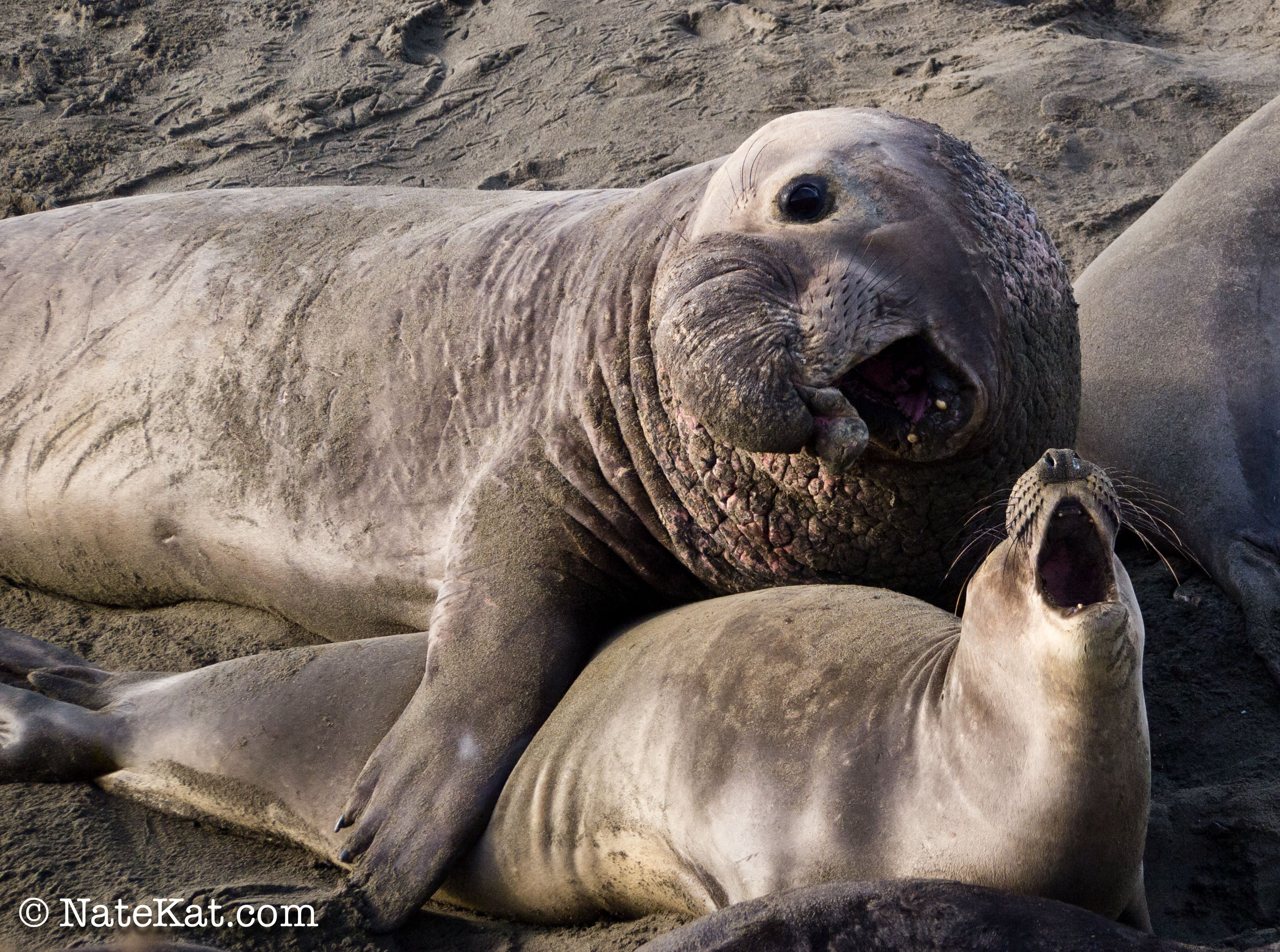 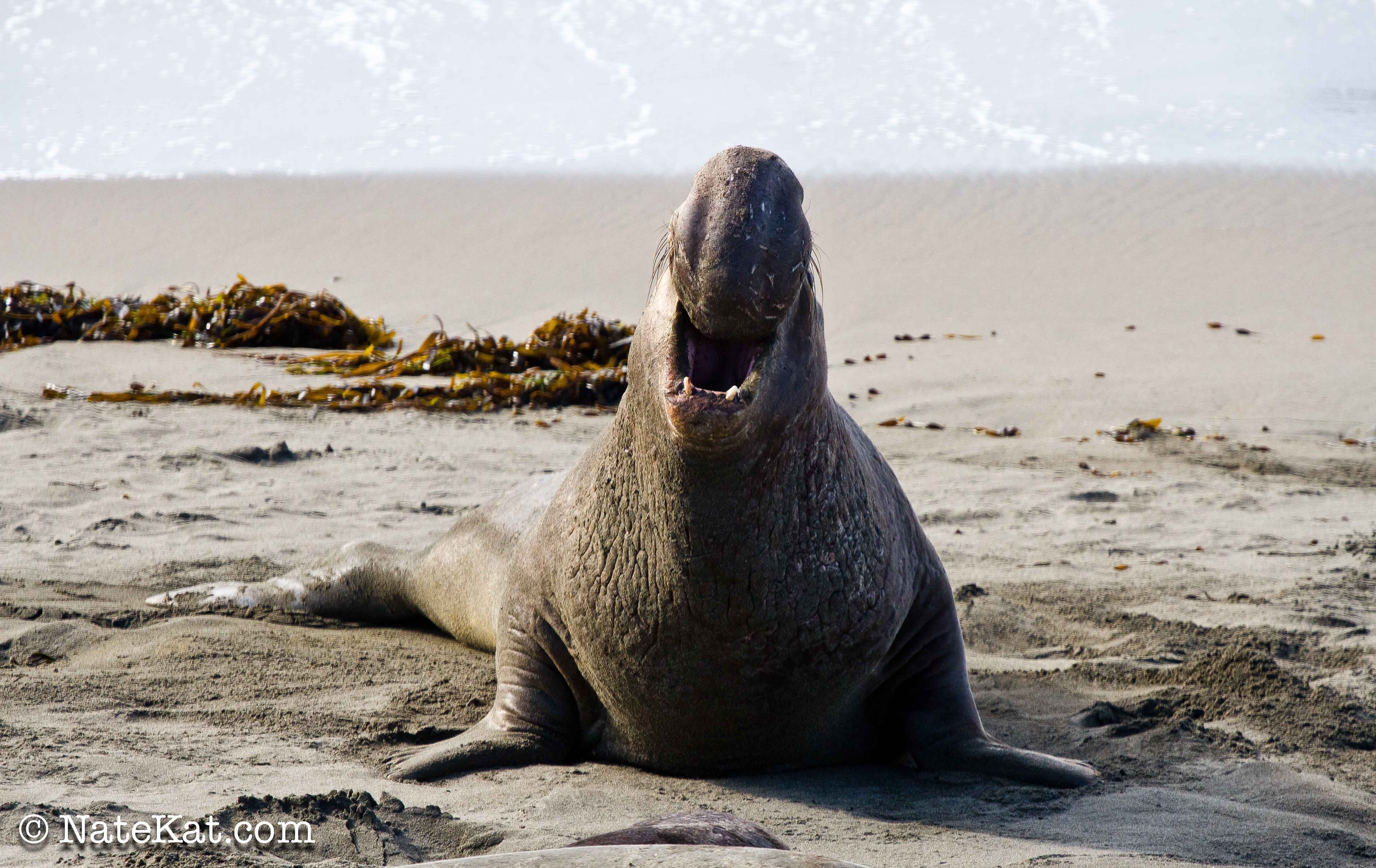 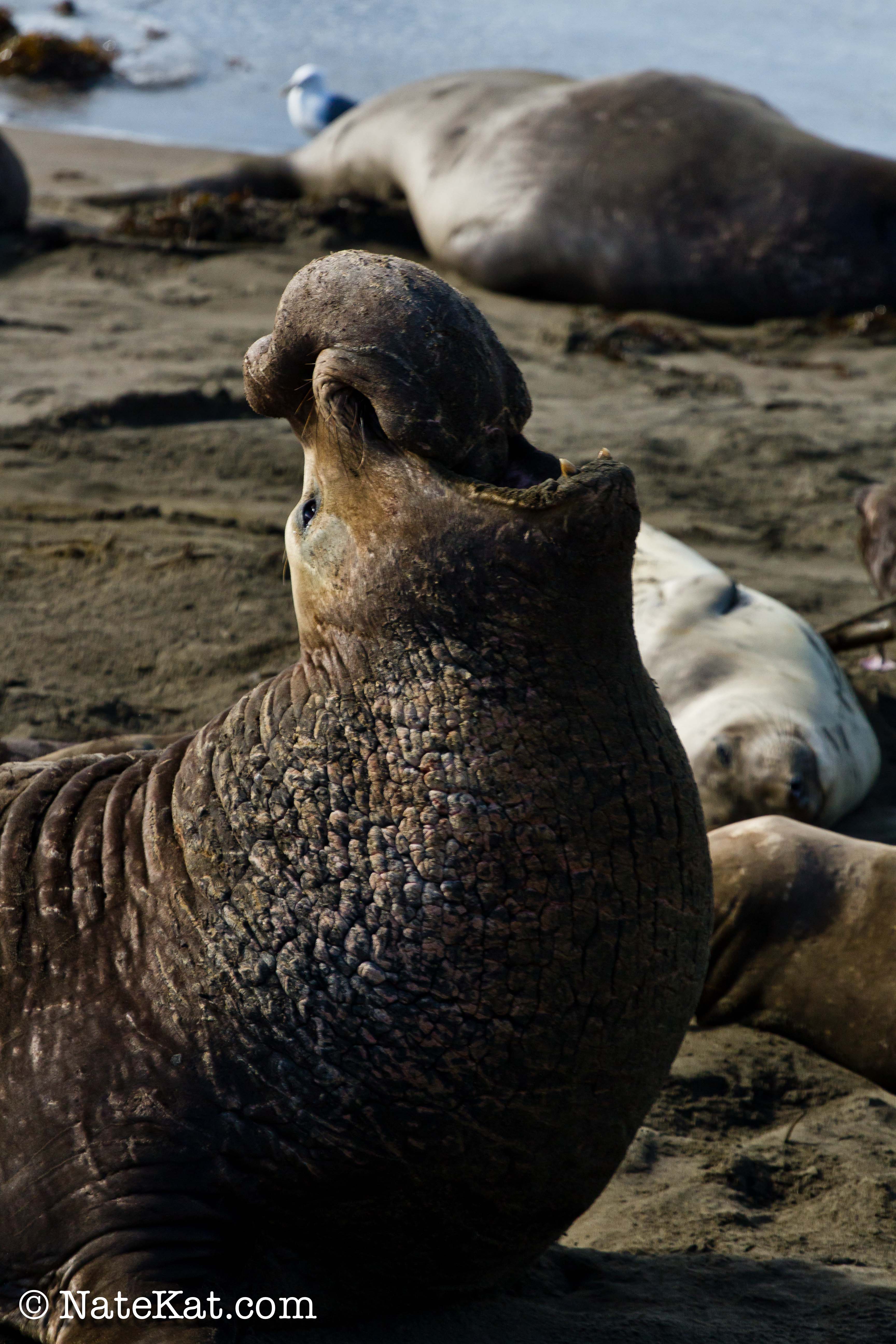 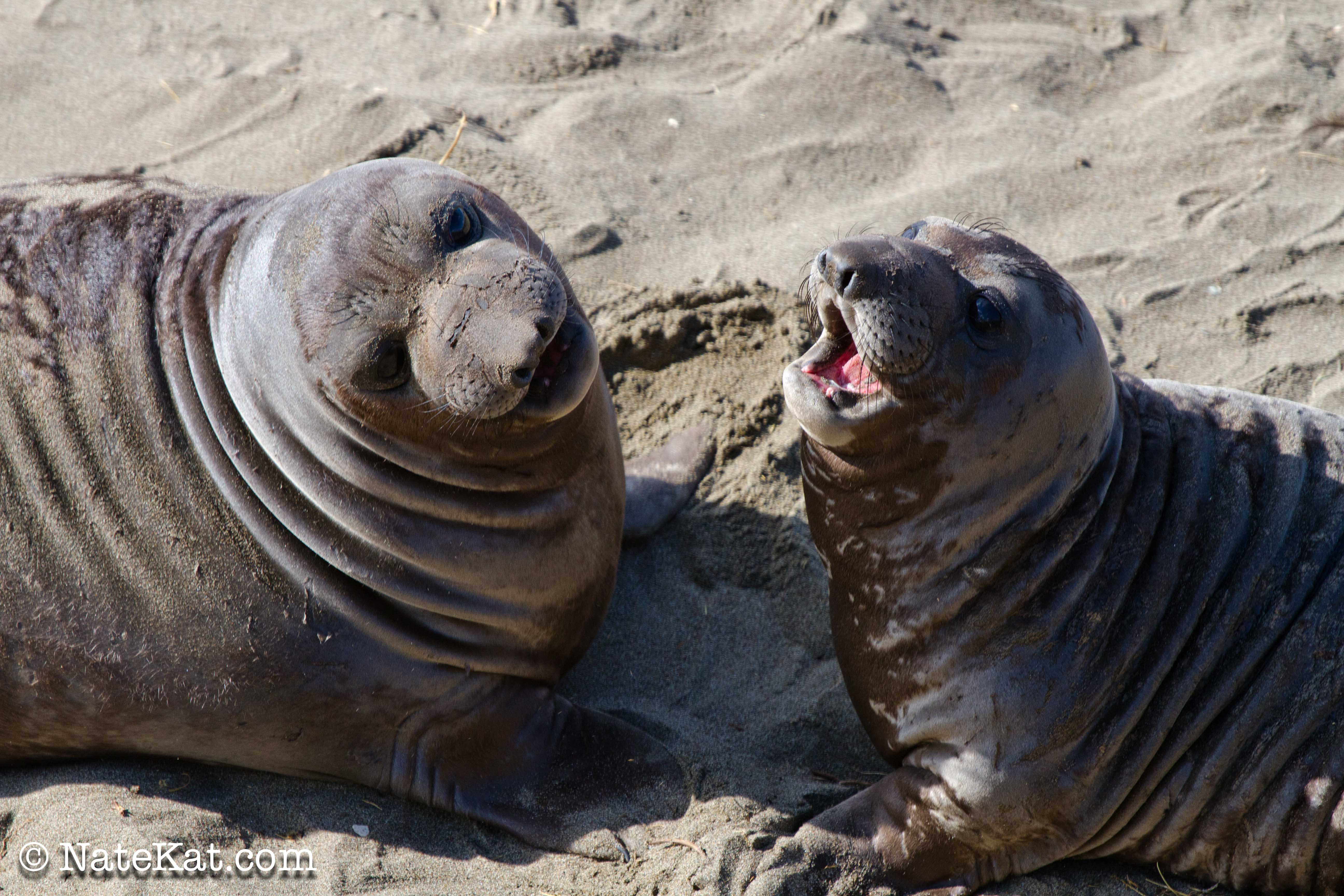 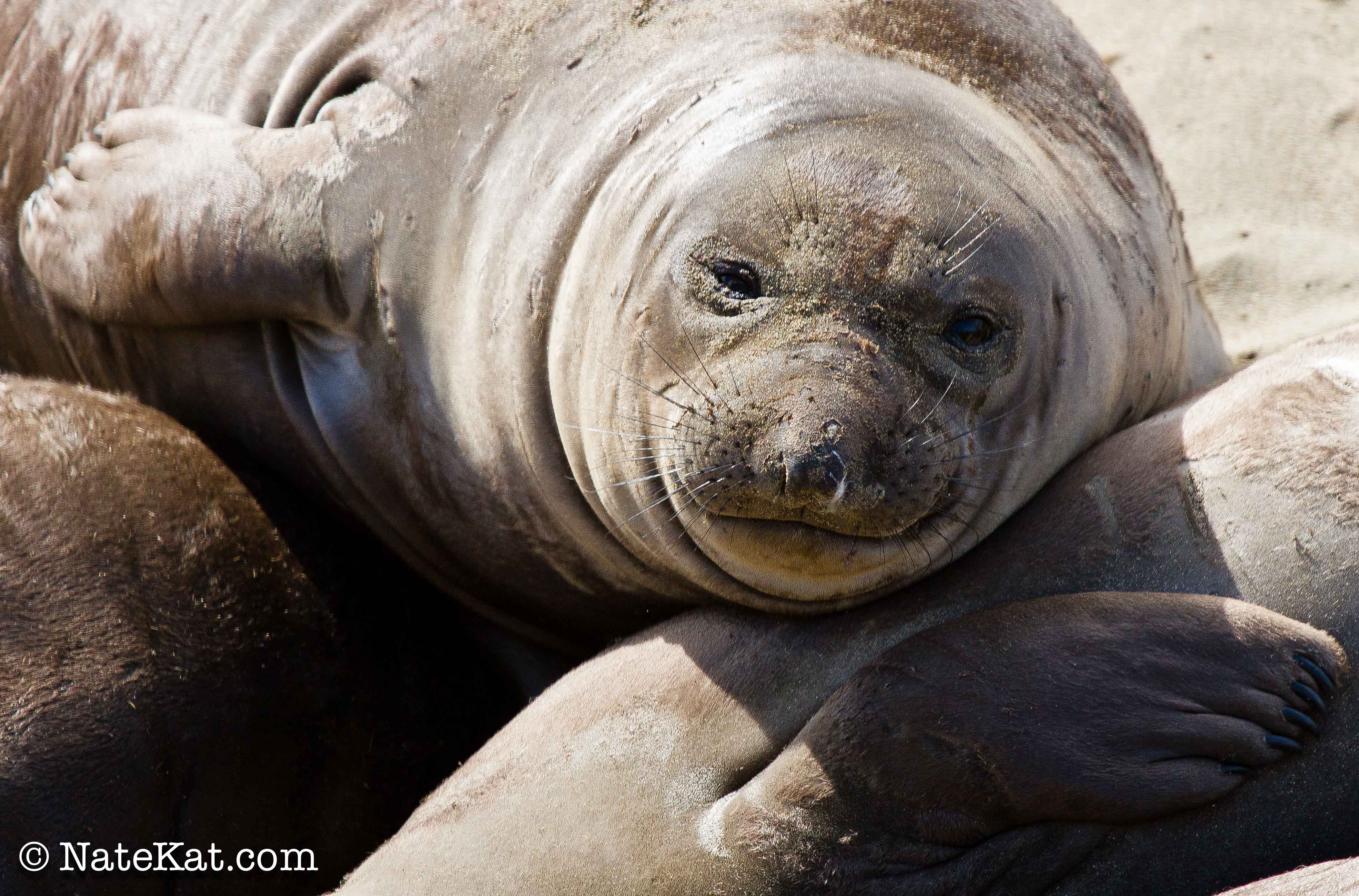 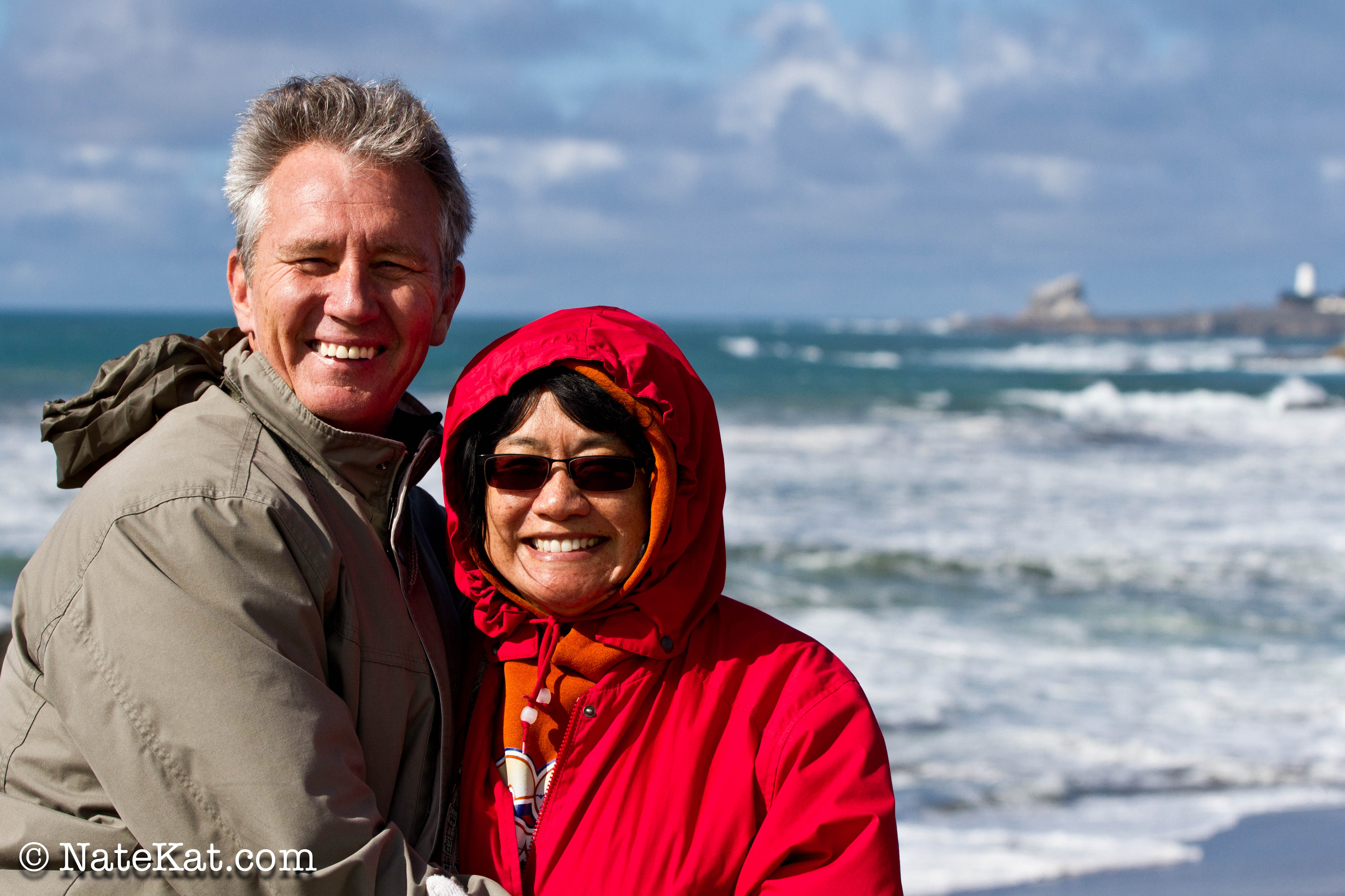 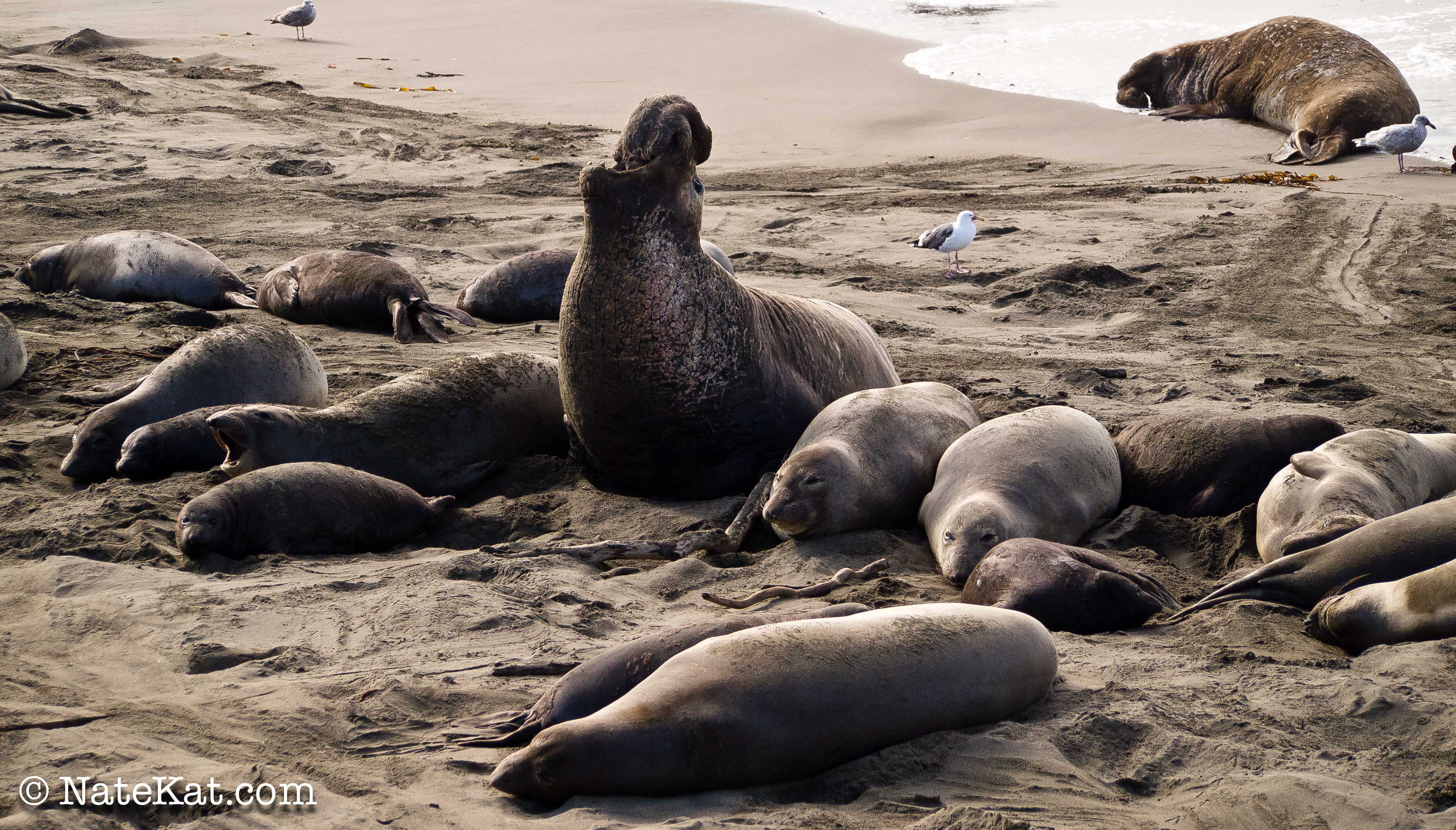 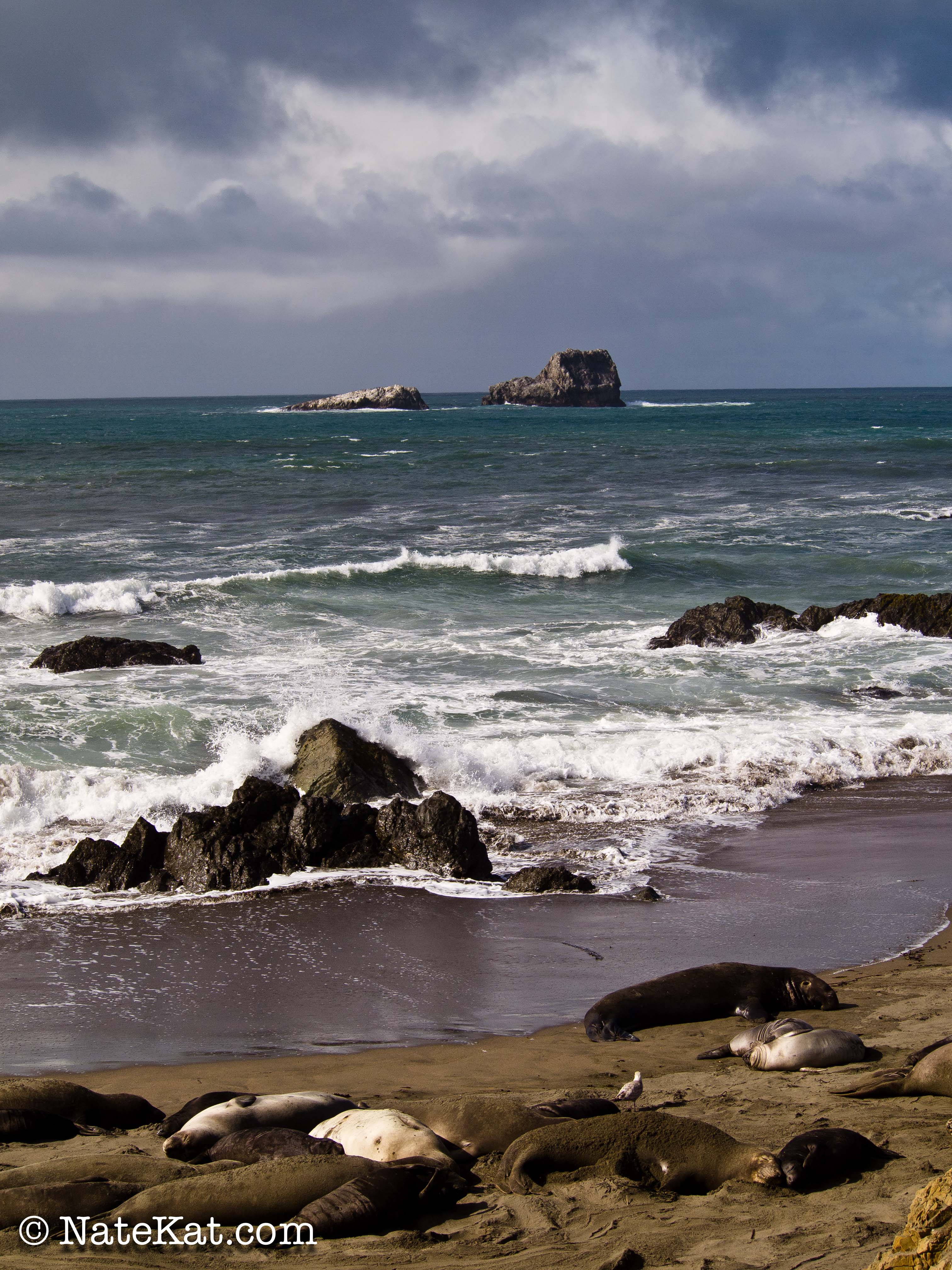 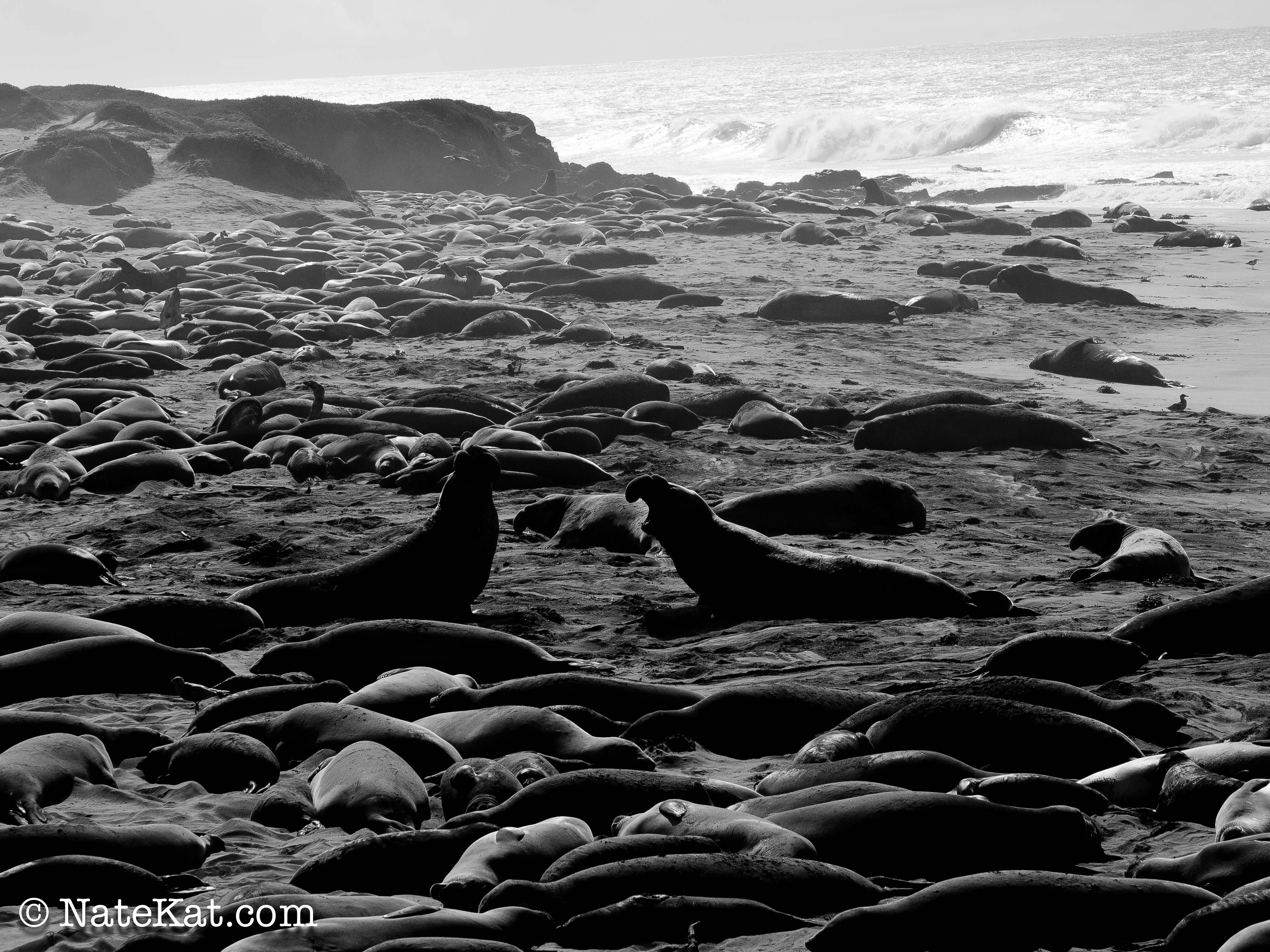 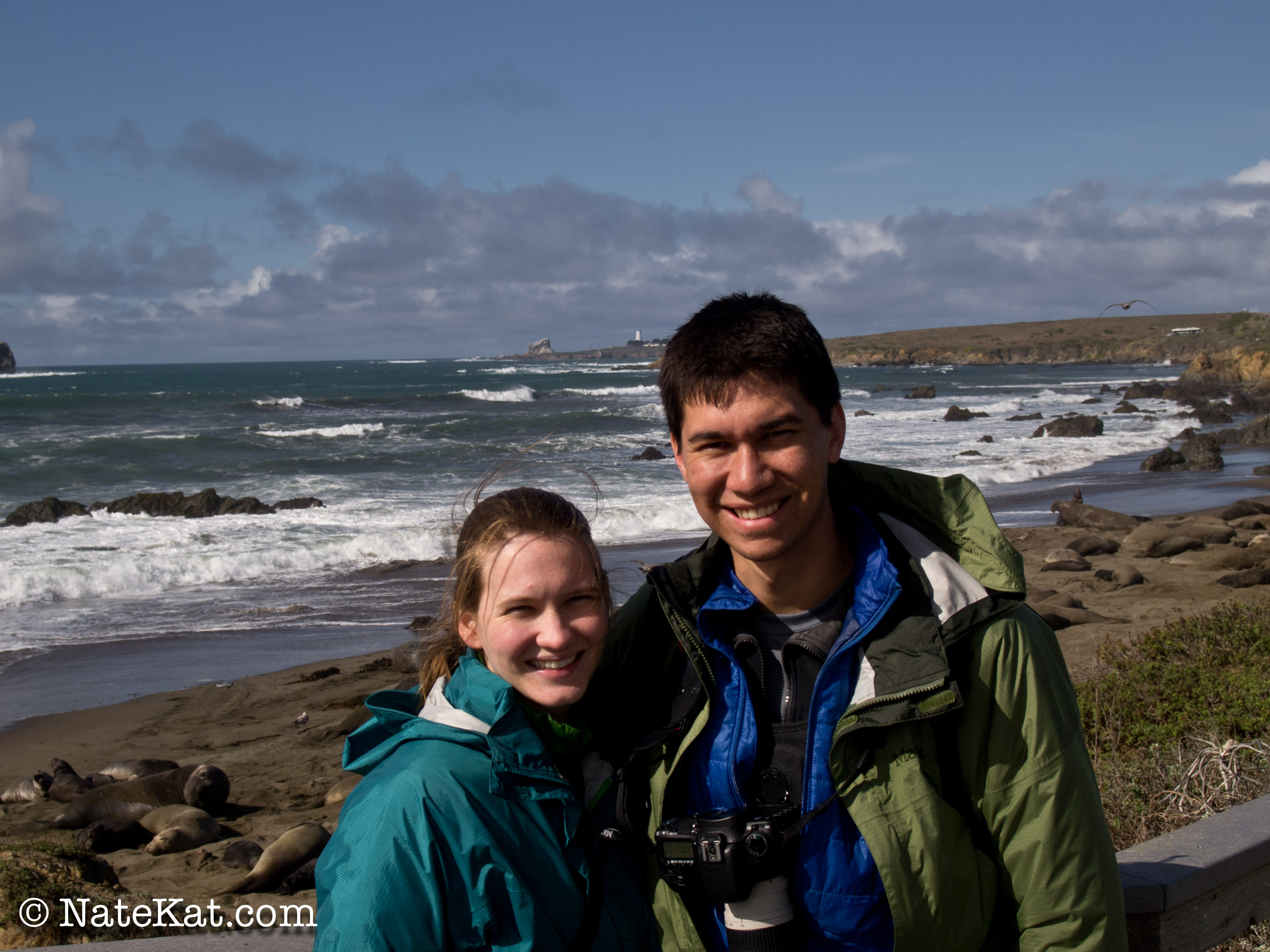 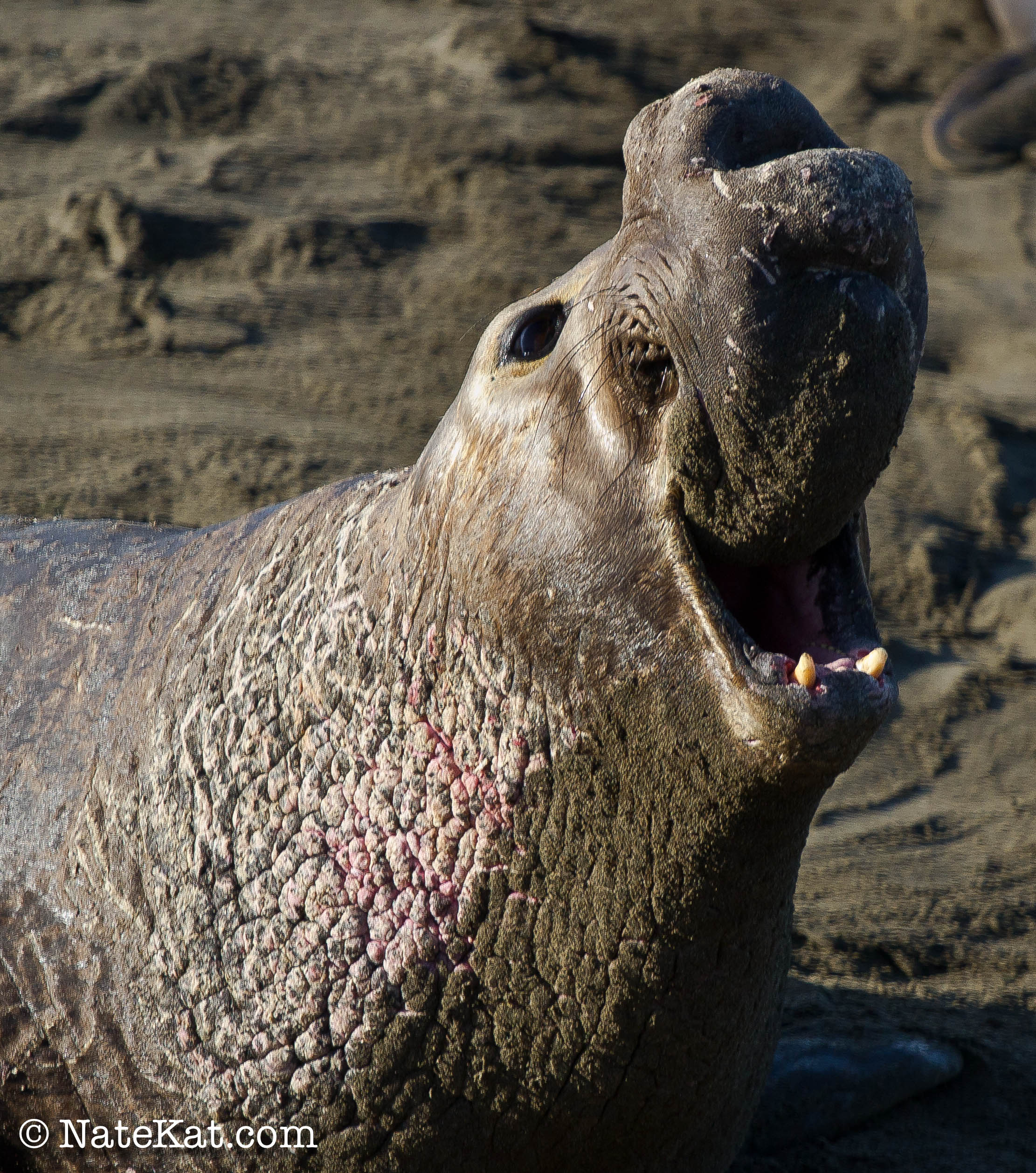 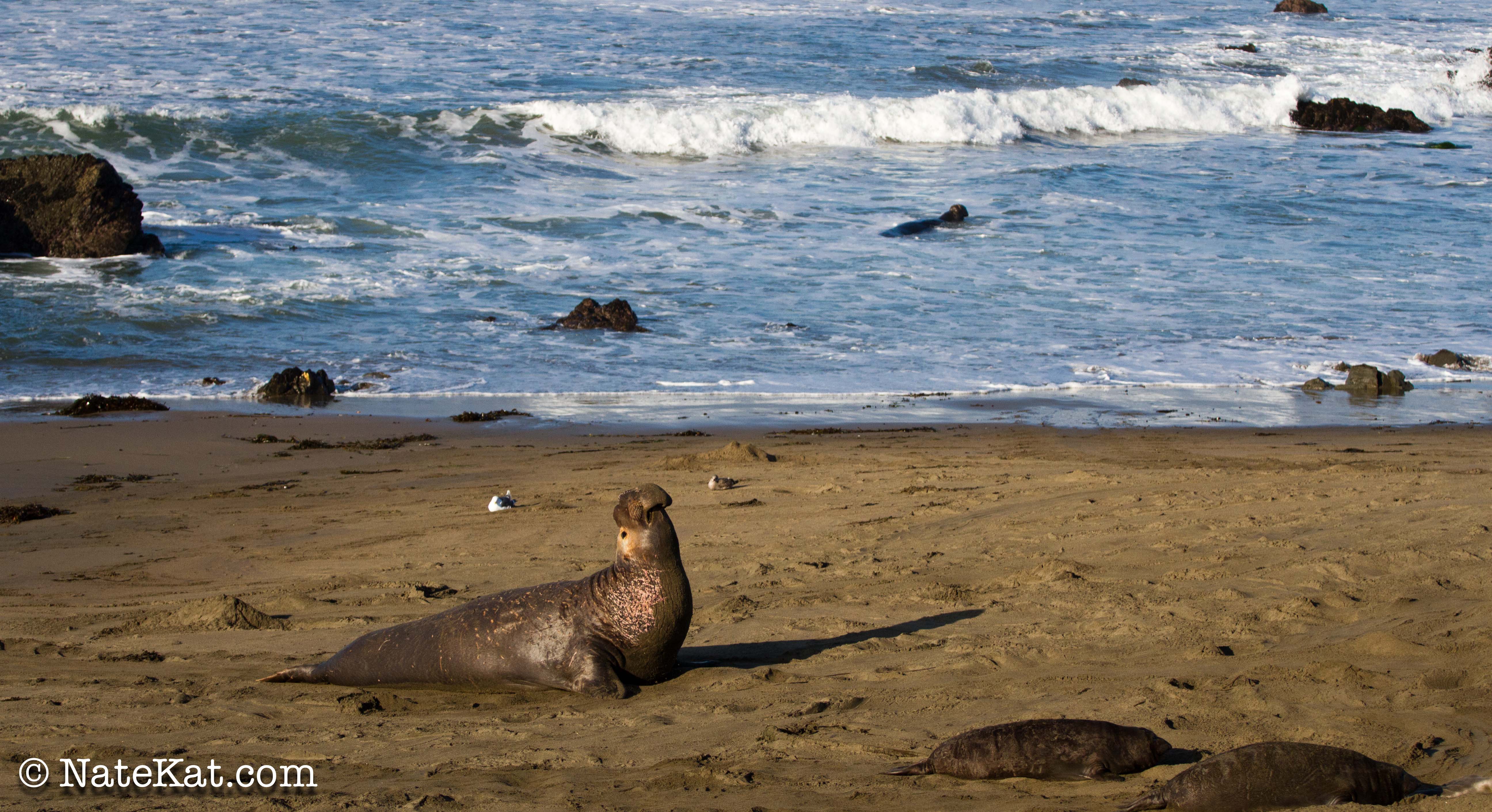