In October I planned to go lobster fishing on Saturday evening for my dad’s birthday in San Diego.  Later I was also invited to go quail hunting in the morning on the same day near the Salton Sea.  Of course I had to do both, when do you get the chance to hunt birds in the morning and catch crab and lobster that night.

I had to wake up at wake up around 4:00 AM to meet Ken and his friends then head to the Salton Sea.  The drive is about 170 miles Southeast, past Palm Springs, in the middle of the desert.  We arrived shortly after sunrise and headed into the brush to scare up some coveys. 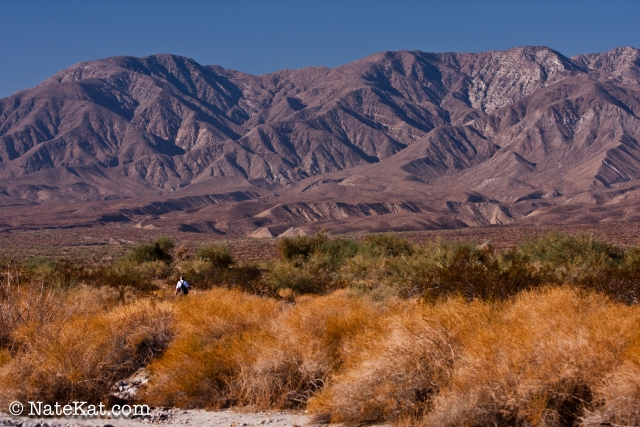 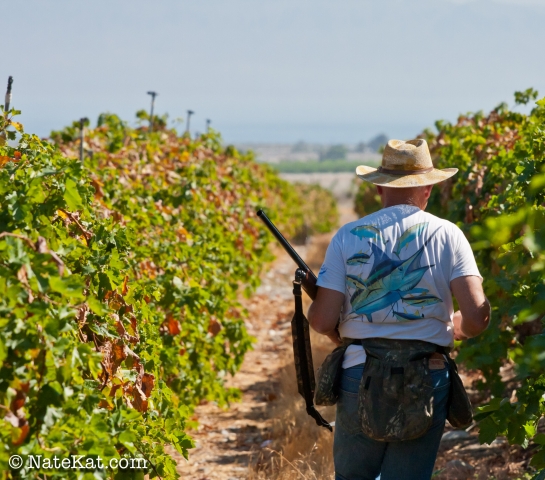 Sometimes We Walk Through Vineyards to Reach the Hunting Areas

Other Times We Climb Over People’s Trash

Immediately we could see quail running in front of us in groups of 20 or so.  They were just out of reach, but as we came to a creek bed they took to the air and the morning silence was broken.  Quail love to run and without a dog it usually means they have a 20 yard head start when they take flight.  We put a lot of lead shot in the sky our first sweep through with little results.  Once we broke up the covey, the quail seemed to hide in the brush allowing us to get closer shots, which lead to a more enjoyable morning…for us at least. 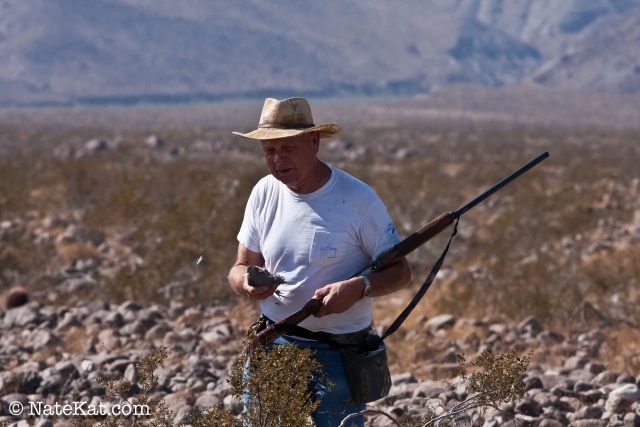 Even though we had seen over a hundred quail throughout the day the heat was too much.  The peak temperature was 99 degrees for the day and I had already gone through 3 liters of water and a couple bottles of Gatorade.  I found wearing a shirt, hunting vest, camel back, and the cotton carrier (camera vest) was too much and didn’t allow my body to cool down.  Toward the end I was dehydrated and tired but not as bad as a couple years ago when I was also hungover. 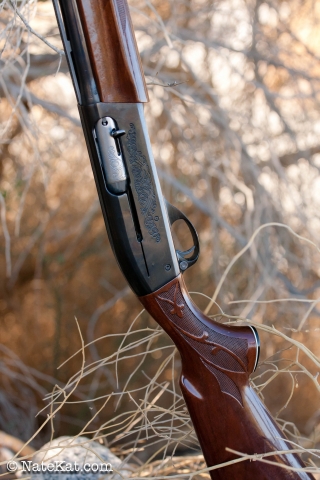 I think my new strategy will be take photos ONLY in the first hour when it is cooler and the lighting is better anyway.  This will obviously be hard since I am always anxious to knock down some birds.  When I carry both a shotgun and camera it usually results in fewer and lower quality photos.  It’s also my excuse for my low bird count ;). Next year hopefully we can find a place closer and cooler.

After lunch I headed to San Diego, which was 130 miles Southwest.  I followed Google maps which sent me through Anza-Borrego State Park, a route that is shorter but the roads are narrow and windy.  When you’ve only had 6 hours of sleep, are dehydrated and have walked a few miles in the desert that morning, windy roads are not all that welcome.  But I made it to San Diego and had time for an hour nap before the other guys arrived for lobster fishing.

My dad, brother and I went lobster fishing last year after Thanksgiving.  This year my dad invited 3 of his co-workers to celebrate his birthday and share some the burden of pulling pots.  We had a 6 guys and one brought his young son who pulled his weight- loading the bait, pulling and emptying pots. 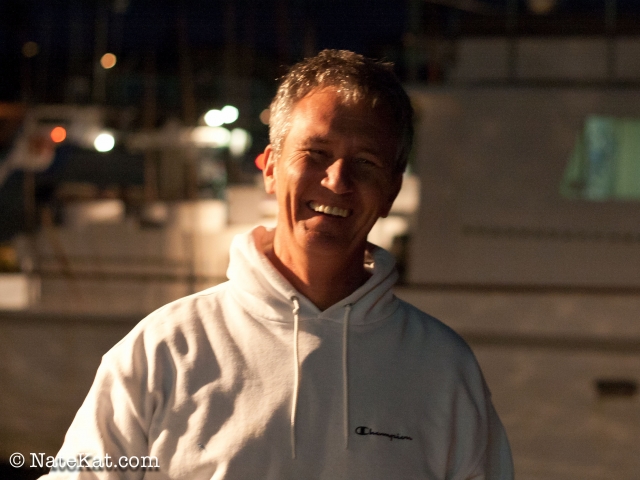 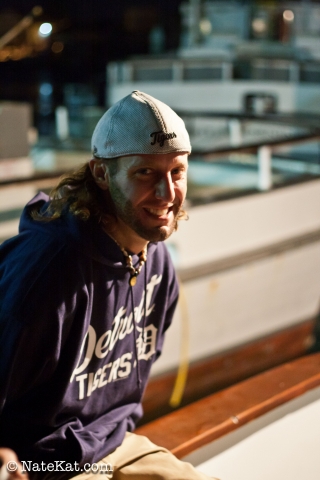 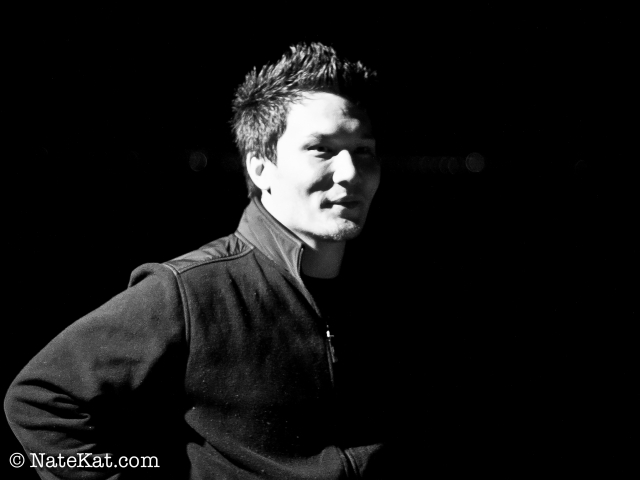 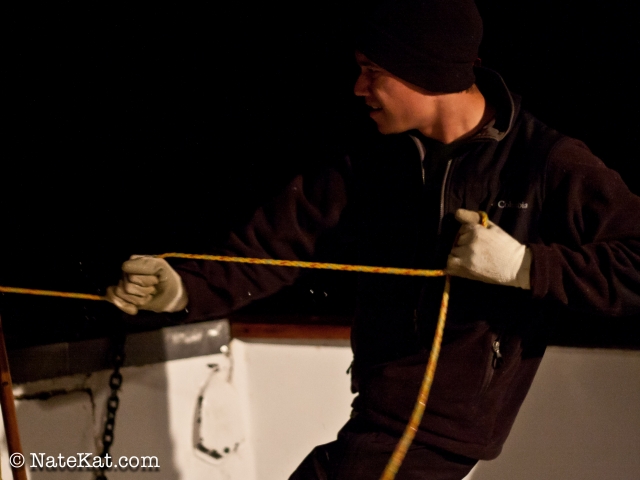 We caught a few lobsters, a lot of crab, a sea slug, a couple starfish, and a couple stingrays. 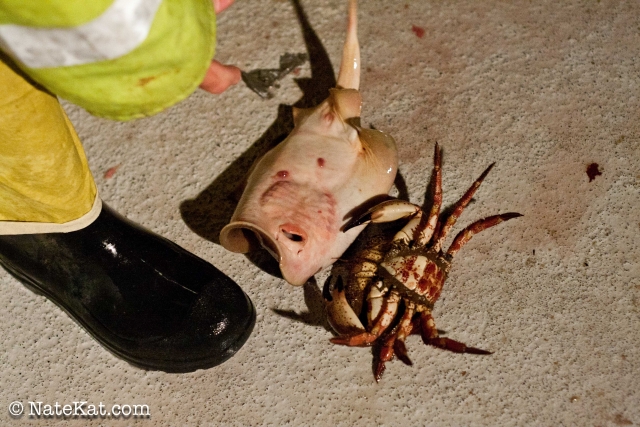 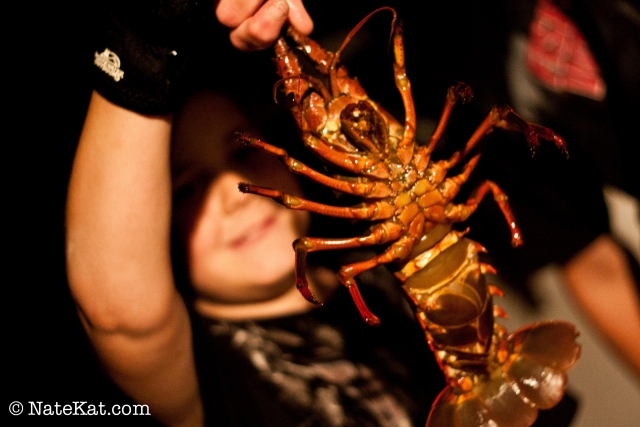 It was a lot of fun with more guys, which meant less work but also more stories while we waited between runs.  This year we didn’t get as many lobster probably because it was early in the season and they might have still been molting.  Next year we’ll have to go in December. 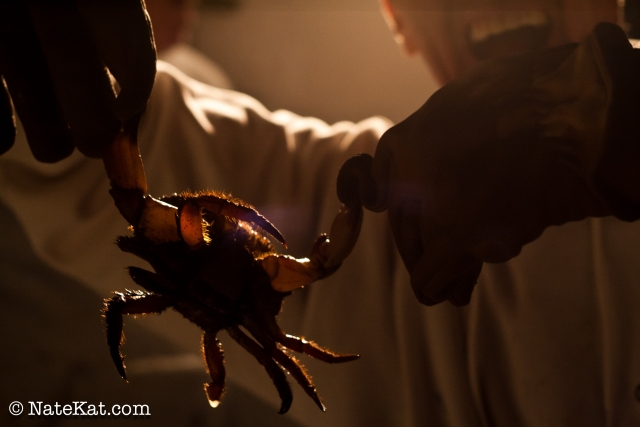 My entire day lasted about 22 hours, included 300 miles of driving, 386 photos, but it was worth it.