You are currently browsing the daily archive for September 24, 2011.

The plan for our 7th day was to take a short morning flight from Valdez to Anchorage and then rent a car and drive 130 miles to Seward.  We sat in the airport with 20 other people waiting for our Era Aviation plane to arrive, but after an hour they announced the flight was cancelled due to the thick fog in Valdez. They booked us on the next flight 6 hours later in the hope that the clouds would lift by then. Disappointed and frustrated because we knew we had to get to Anchorage/Seward that night so that we could go on an early morning boat trip the next day, we stood outside the airport waiting for the “taxi” (the lady with the minivan). Another stranded traveler started chatting with us and mentioned that Grant Aviation sometimes will fly a small plane to Anchorage when Era won’t.  I guess we looked puzzled because he then explained that larger aircraft have different FAA regulations on visibility so a bush plane can fly in poor conditions.  Given that the fog did not show any signs of lifting we decided to book an early afternoon flight with Grant so that we could definitely get out of Valdez that day. 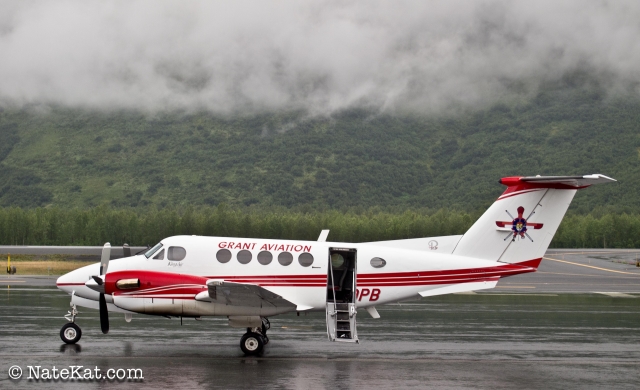 Once again the small plane was a fun experience- one passenger sat in the co-pilot’s seat and the pilot explained all the dials and gages and basically how to fly a plane.

So we made it to Anchorage several hours behind schedule and quickly got our rental car to drive to Seward. On our previous stay in Anchorage, the owner of our bed and breakfast suggested that we stop at the Alaska Wildlife Conservation Center (AWCC) because it’s a great way to get to see animals up close. Although it was drizzling and the sun was going down, we decided it was worth the stop to get a chance to practice our wildlife photography. Plus we were anxious to see brown bears and this was a good opportunity.

The AWCC didn’t disappoint although it did have a zoo/farm feel to it with all the animals behind tall fences. Still, it seemed like most of the animals had plenty of space to roam, and the AWCC does good work with rescue animals, releasing many back into the wild. Enjoy the photos! 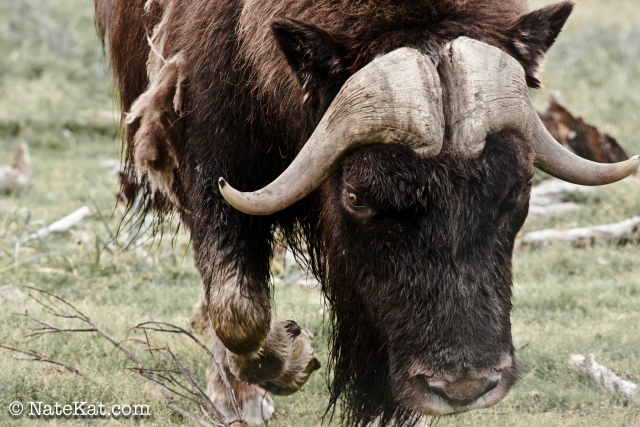 Musk Ox charged the fence, shortly after this photo I grabbed the tripod and jumped back 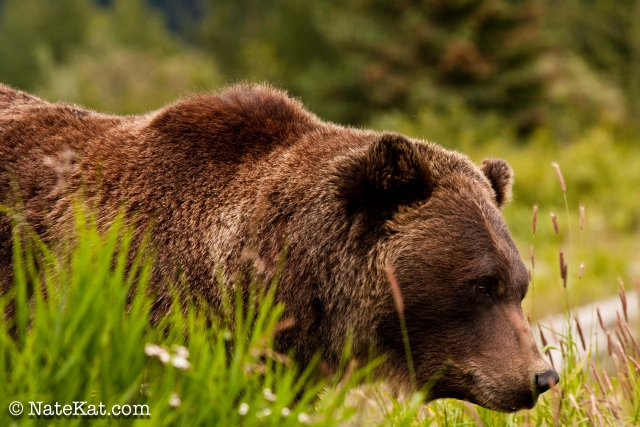 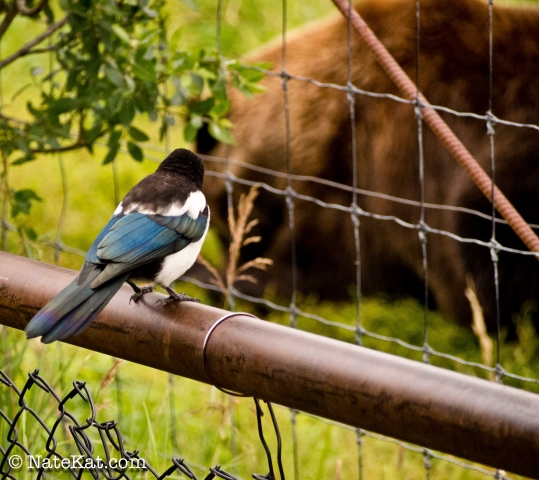