Our fourth day began with an early morning wake-up call to fly from Juneau to Anchorage. Due to a few things out of our control (some the fault of the hotel and some the incompetence of Alaska Airlines), we ended up missing our 7 am flight and instead were placed on a 9:30 am flight. At first this didn’t seem too bad – we thought we’d still arrive in Anchorage before lunch and have plenty of time to explore. Unfortunately our new flight was not direct and instead made two stops (in Yakutat and Cordova) so we didn’t get to our Bed&Breakfast in Anchorage until nearly 3pm. We were really frustrated to have missed so much of the day (and it was such a beautiful day!!) but we eventually rallied our spirits and headed to the Flattop Mountain trailhead.

The trail up to Flattop Mountain was an easy 1.5 mile, 1,200 foot climb. It is a pretty popular and crowded hike – but for good reason. On clear day like we had, you can see all the way to Mt. McKinley, over 130 miles away. 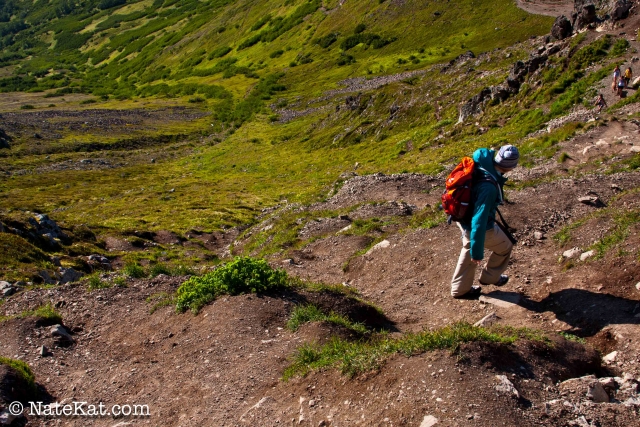 The trail itself was easy to follow but quite steep and the final climb was really more rock scrambling than hiking. But it was worth it!

We didn’t start the hike until nearly 5pm but since it stays light so late, we had plenty of time to enjoy it!  The fireweed flowers were in full bloom which gave a bright pink highlight to all the green hill sides during our whole trip. 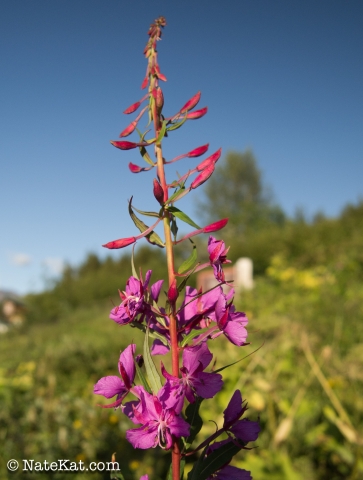 We ended the day at Humpy’s Restaurant and had our first sample of delicious King Crab legs for dinner! 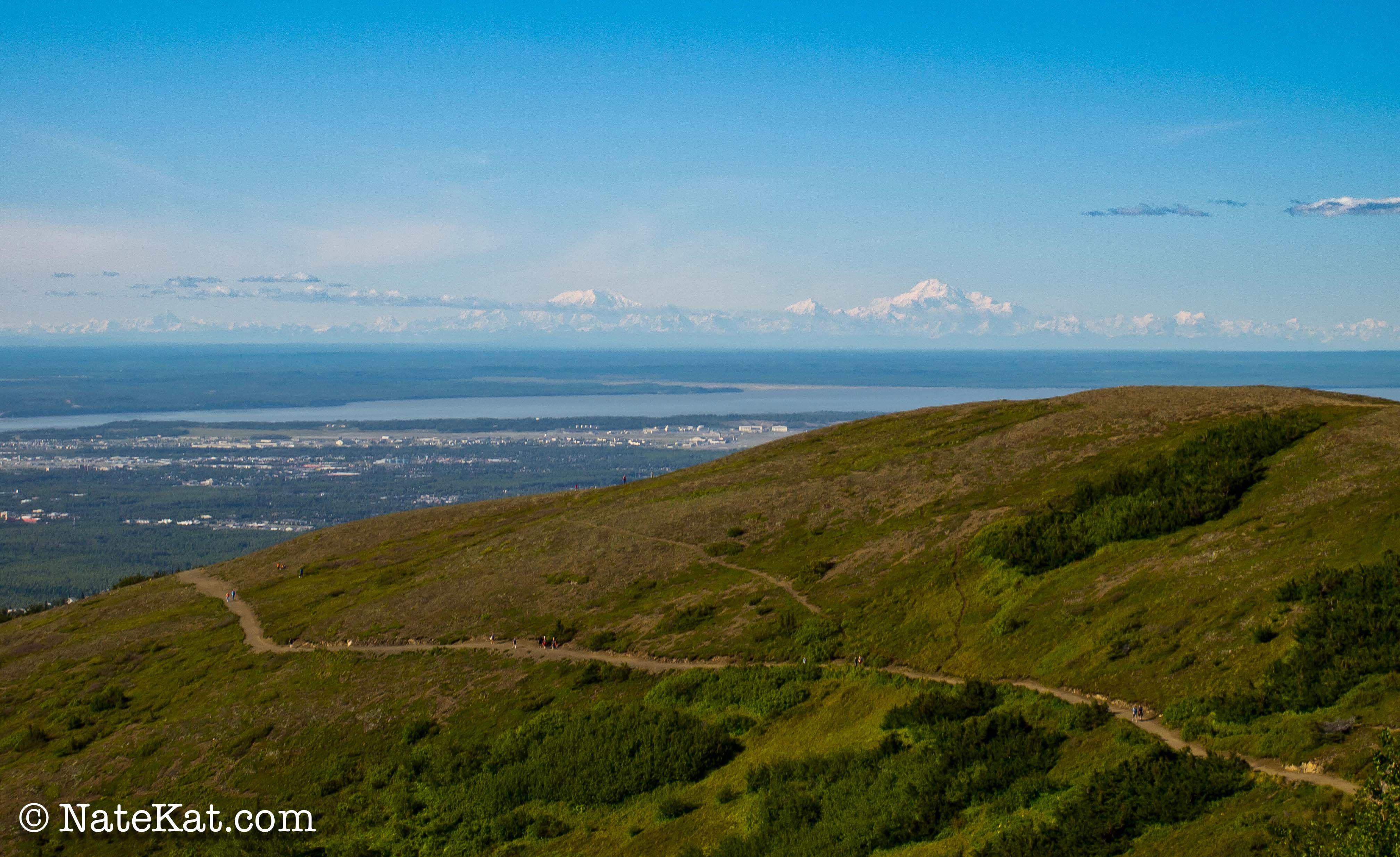 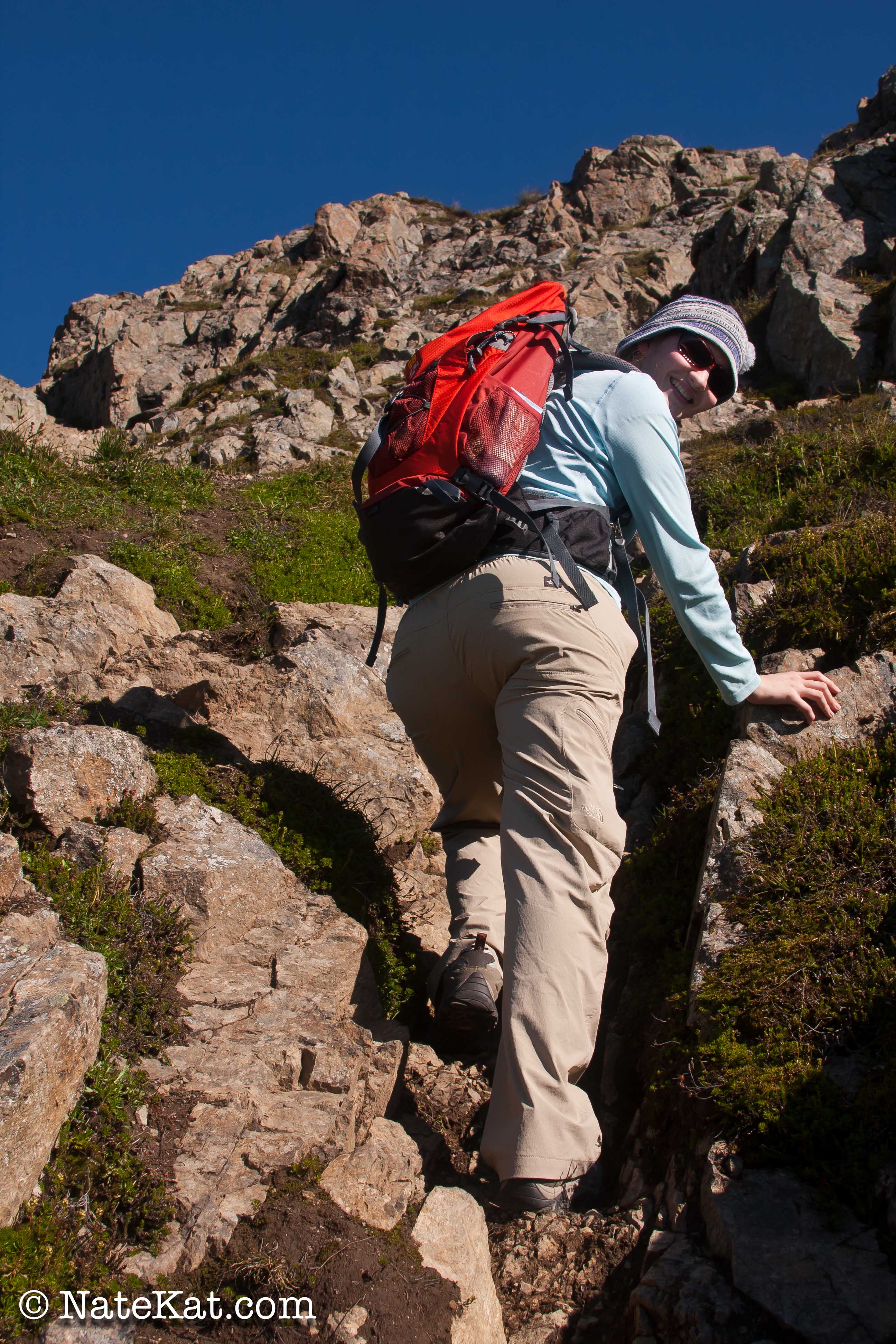 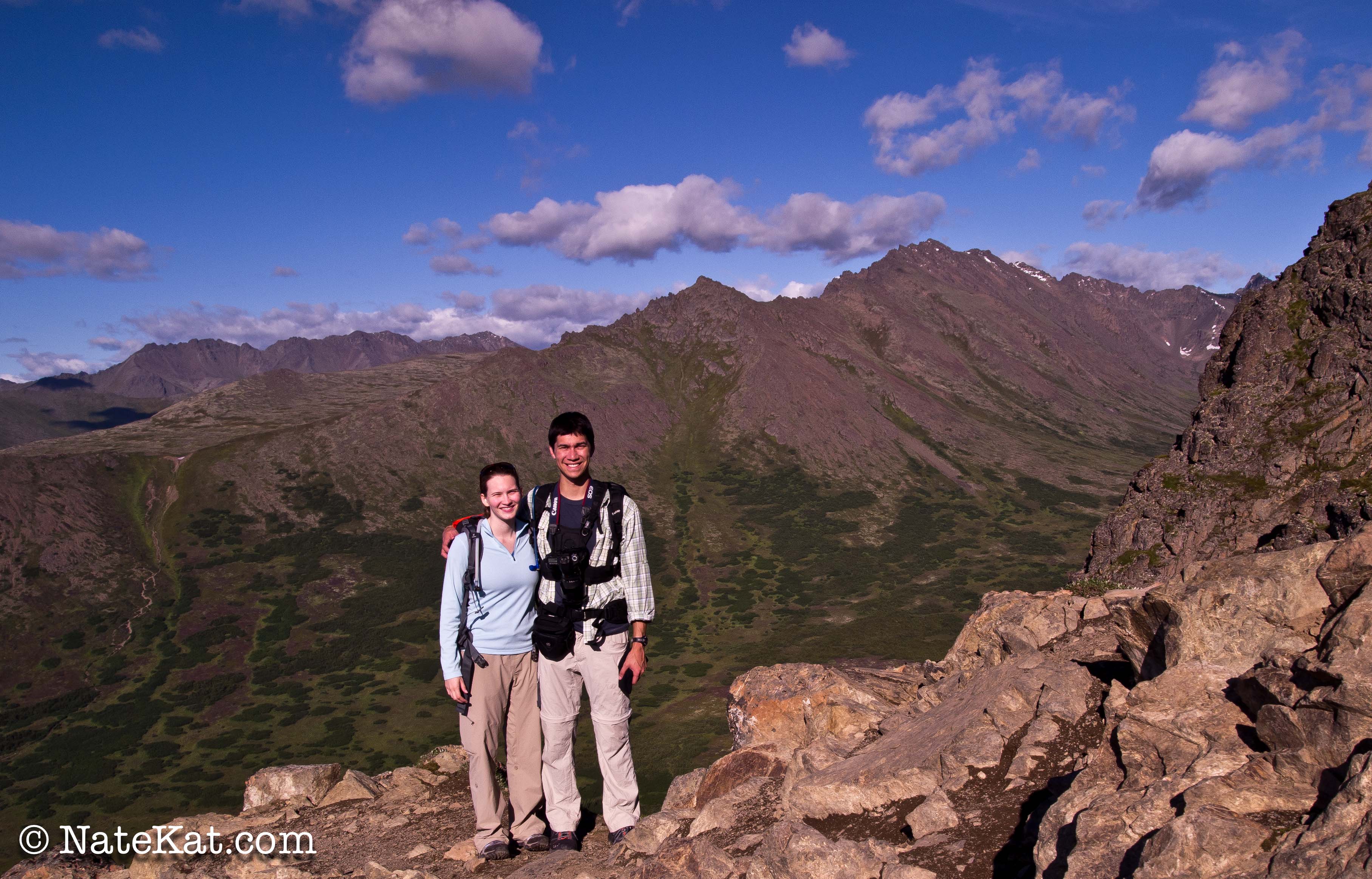 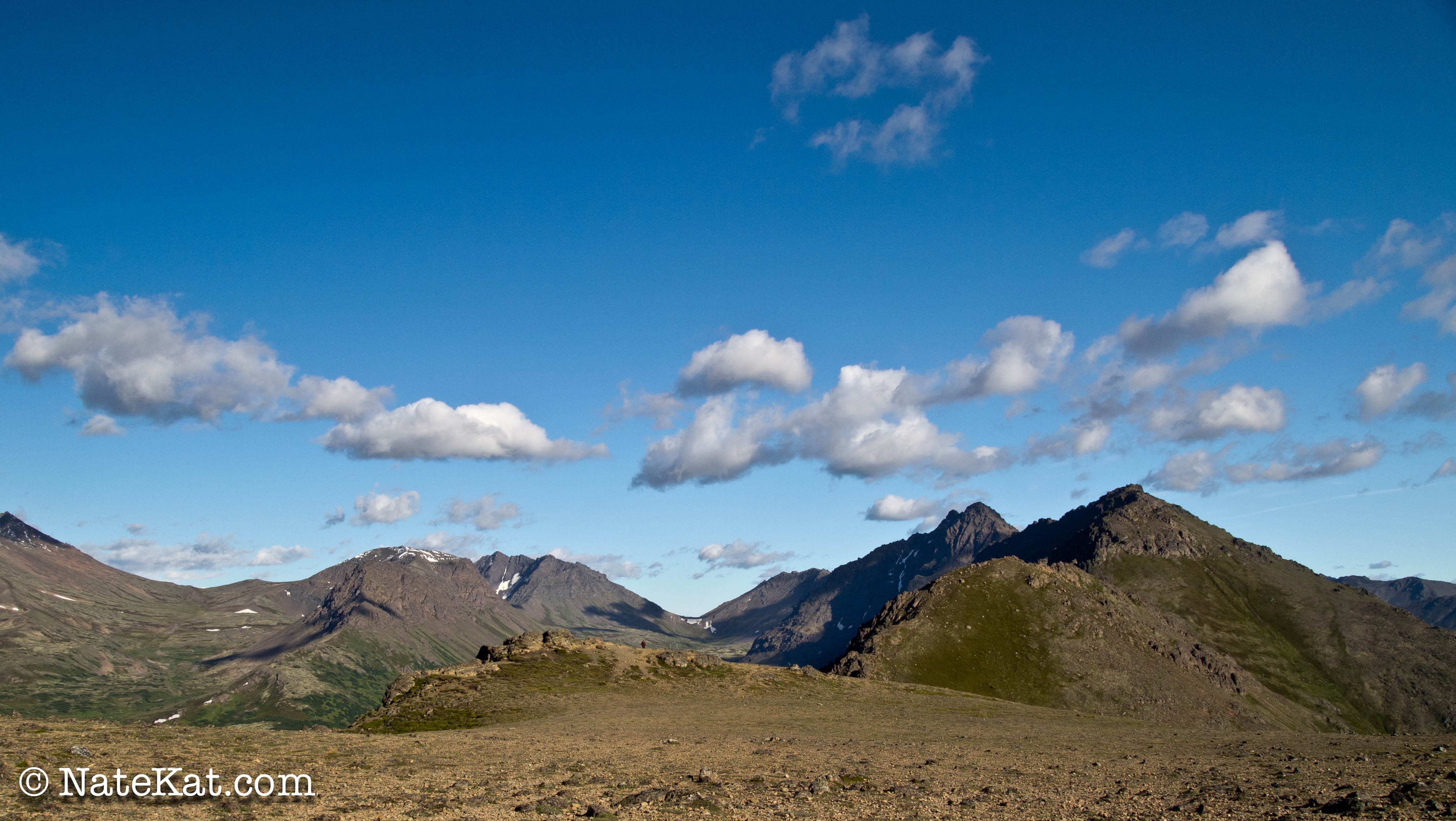 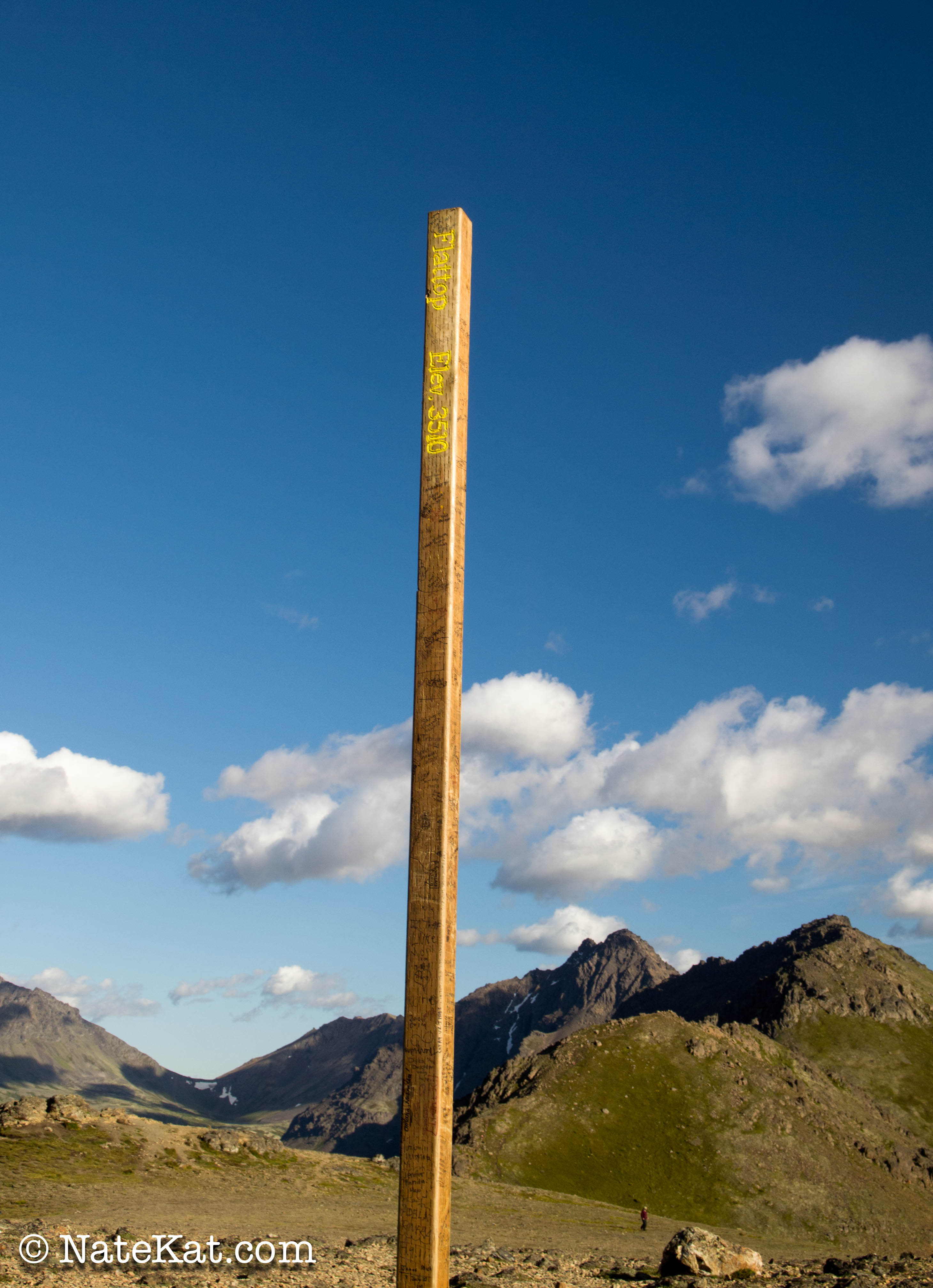 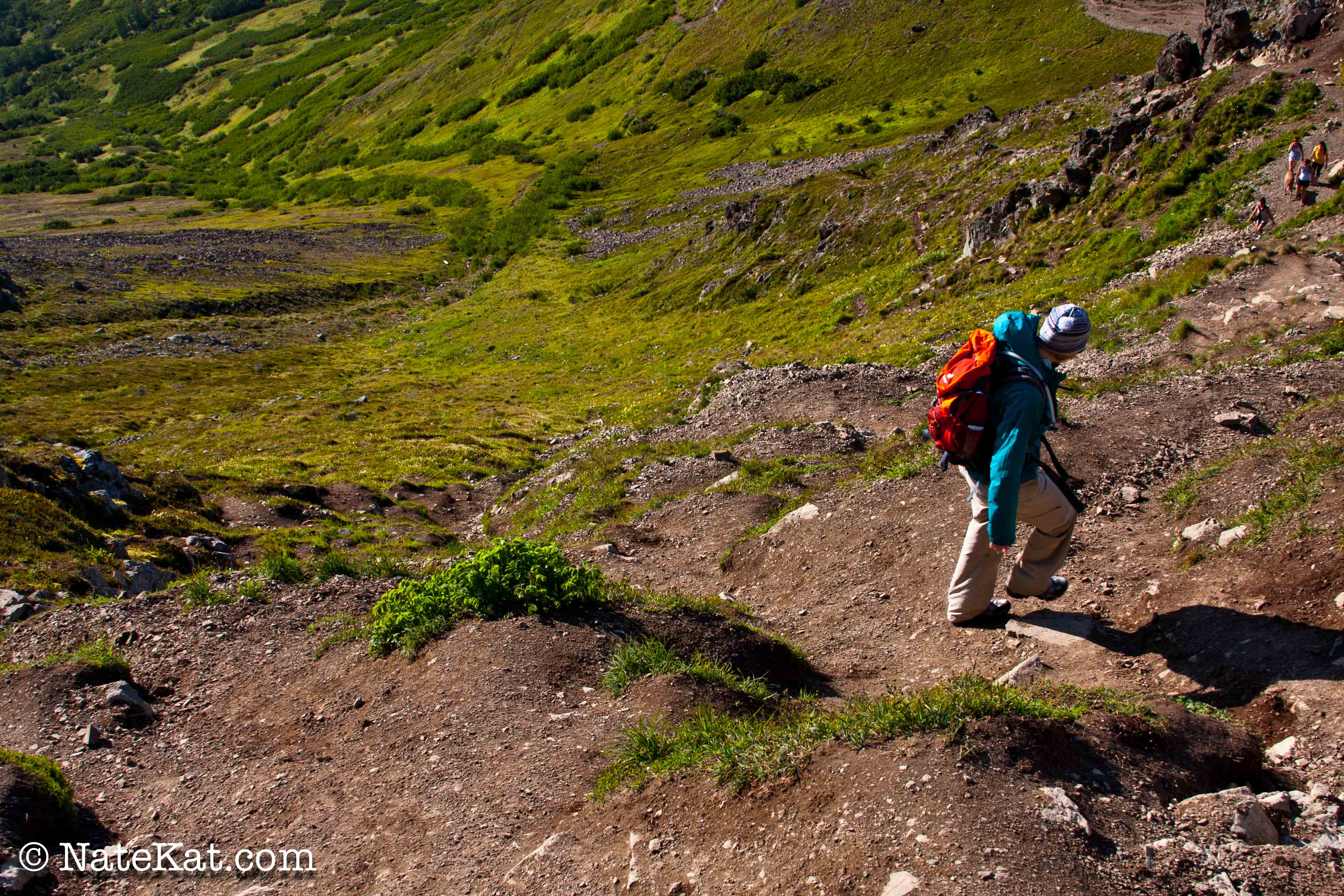 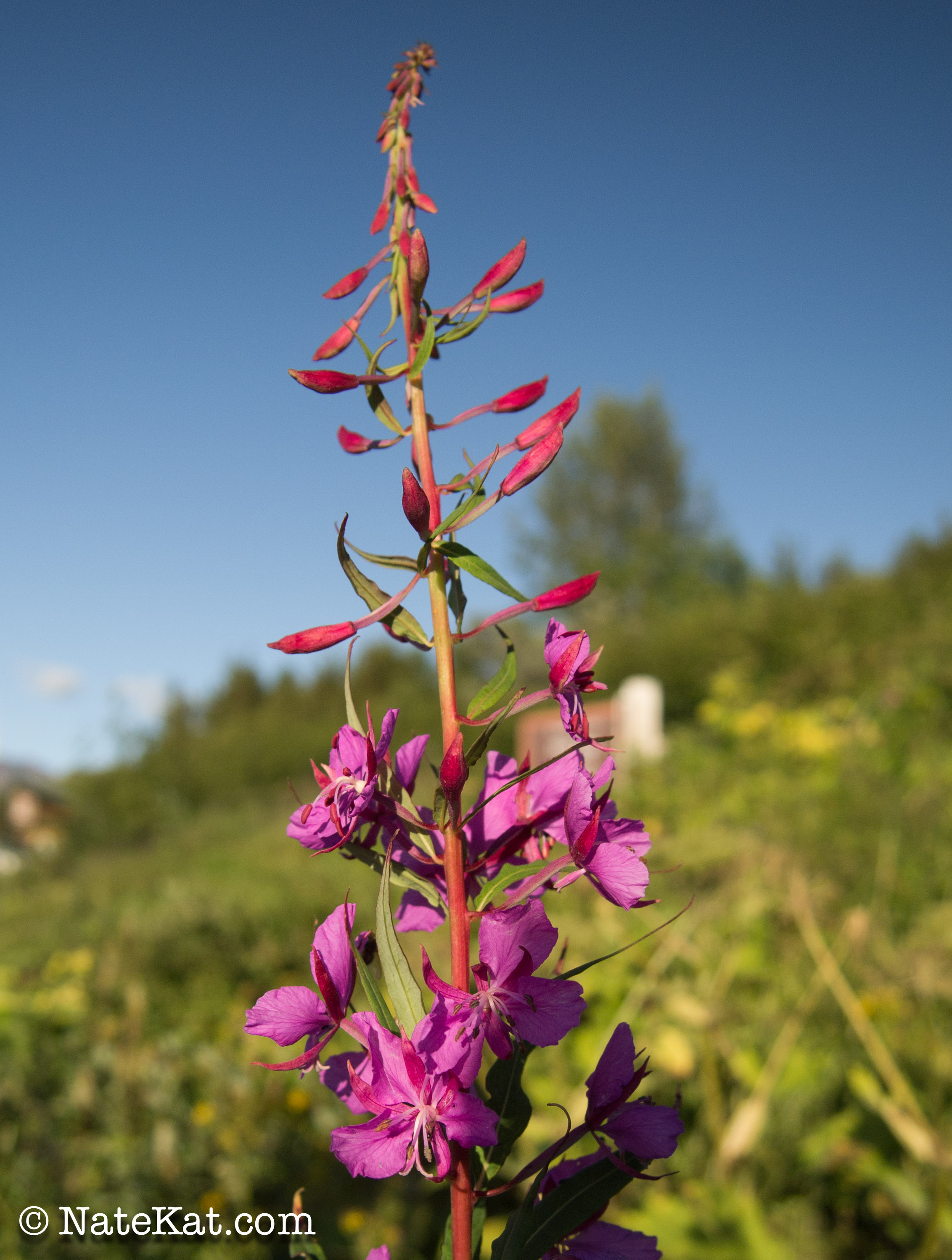