You are currently browsing the daily archive for September 14, 2011.

In the early morning we arrived with 8 other people at the Gustavus airport, which looks like a lodge more than an airport terminal.  We knew the plane was going to be small when the lady at the check-in counter knew our names because we were last on the list of 10.  No metal detectors, body scanners, bag checks, or ID checks; just a quick sniff from her half sleeping dog on the couch. 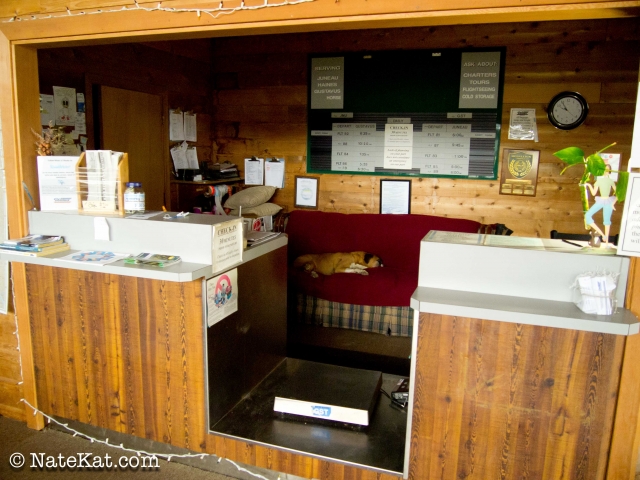 After we weighed our bags including carry-on I asked about paying for our donuts and she said give me a minute.  Then she proceeded to walk to the pastry counter where she rang us up for two donuts.  Of course the coffee was on the honor system – you just put your money in the jar near the pot. It’s amazing and a little sad that simplicity like this seems so out of the ordinary these days.

The plane arrived and we filled the 9 seater plus one guest sat in the co-pilot’s seat.  It was a quick 30 minute flight to Juneau. 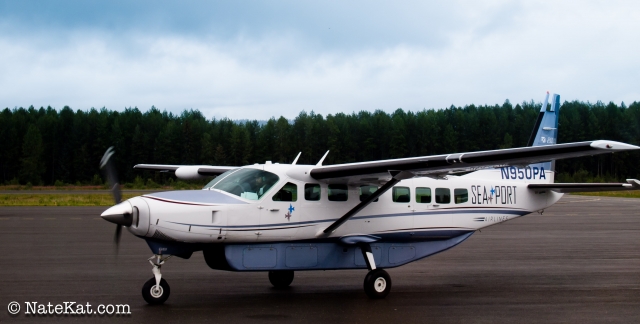 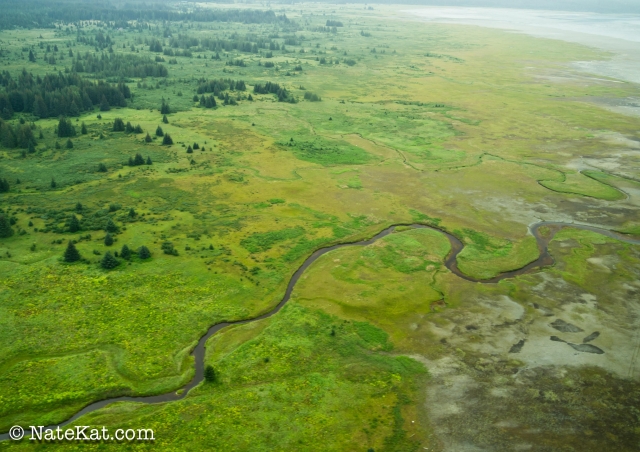 There were some amazing views since the flight was short we didn’t climb too high in elevation.

After checking into our hotel in Juneau, we met up with a zipline company who took us up the mountain where we got out fitted with harnesses.  We spent a couple hours zipping through the rainforest. 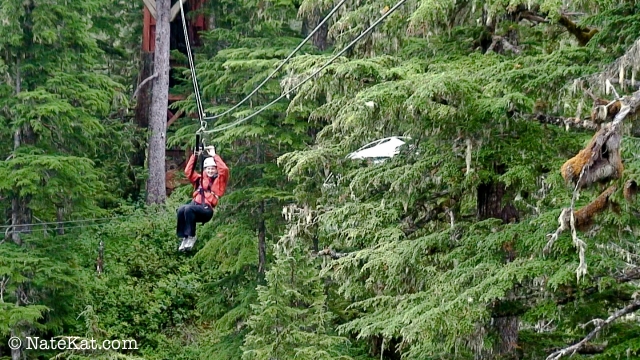 The first zipline we were both a little hesitant to leave the platform and trust a cable dangling you 30-40 feet in the air. 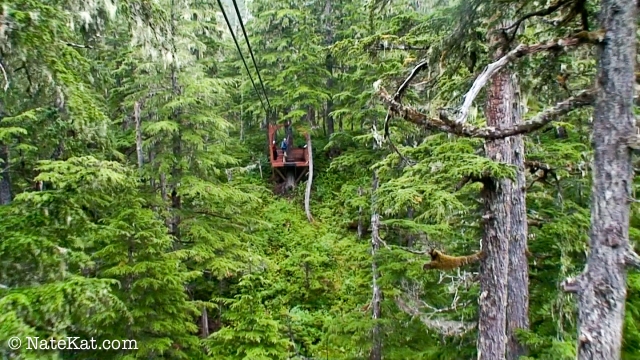 But we quickly became more comfortable and began tucking into a canon ball position to gain more speed.  We also played a game where you get in the canon ball position and close your eyes and let the guide on the other side stop you unexpectedly before you hit the tree (0:50 in the video). 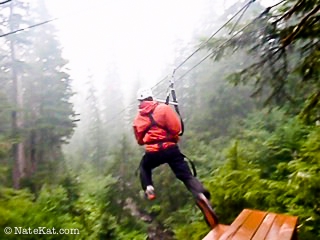 We were also running and jumping off the platforms because the last thing you want to do is to get stuck in the middle of the cable.  The final zip we let go and hung upside down for a few seconds while flying through the trees.  It was pretty fun but didn’t last long enough.

After we were done we asked the zip-line employees where we could see bears and they directed us to the Mendenhall Glacier where black bears were currently feeding on salmon.  We quickly packed our camera gear and headed to see the bears…  which really turned out to be one black bear cub sleeping in a tree. 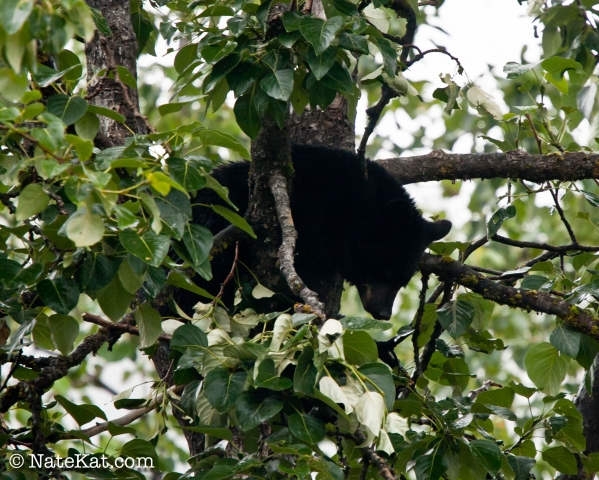 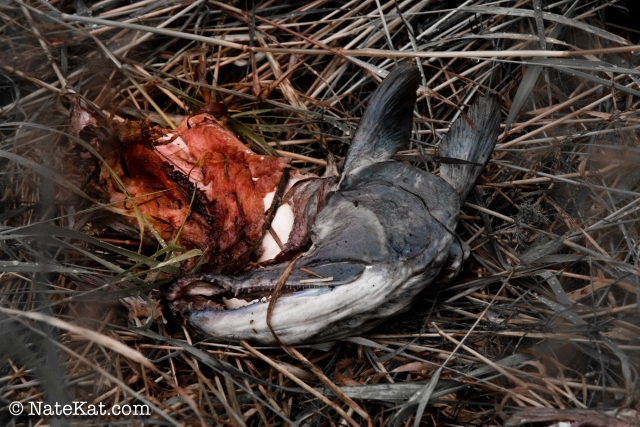 The air smelled of rotting fish carcasses from previous feedings. 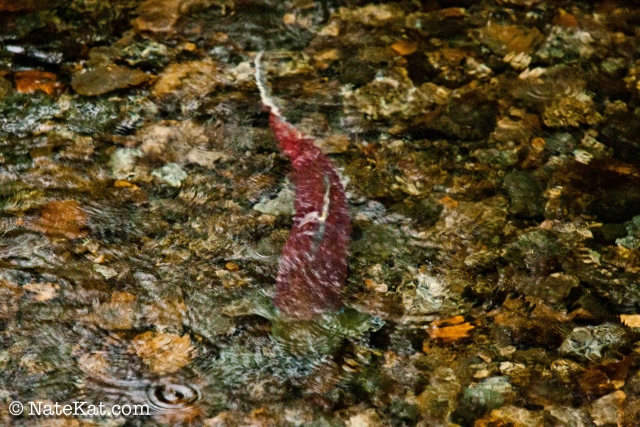 We could see some salmon still struggling to swim in the shallow running stream.

Finally the cub woke up and picked up some half eaten fish for a snack then scampered off into the trees.

There was also a bald eagle that kept the crowds entertained as it watched salmon splash in the water but after a couple hours it flew away without giving us the chance to get the classic eagle-catching-a-salmon photo. 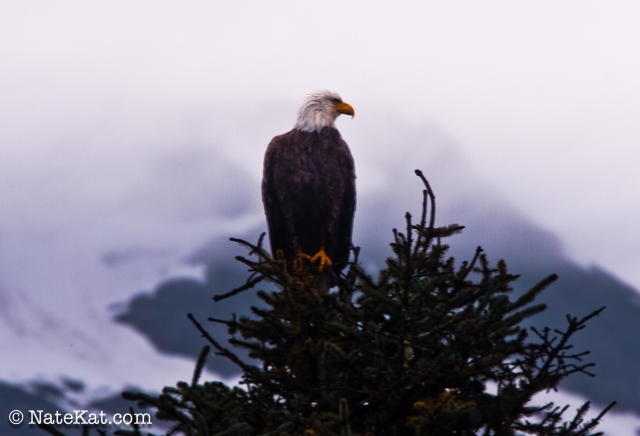 All in all it was an exciting day considering it was planned to be just a ‘travel / layover’ day!