Day 2 of the trip was our only full day in Gustavus / Glacier Bay National Park so we made the most of it – we started with a 8 hour boat tour through the bays narrated by a NPS ranger. The weather cooperated by not raining although it was still chilly and gray most of the day. But it made for some nice cloud photos on the water.

We got to see 5 tidal glaciers, all of which start in the Fairweather Mountain range, which has peaks over 15,000 ft high. The tall mountains right along the ocean were a spectacular sight. 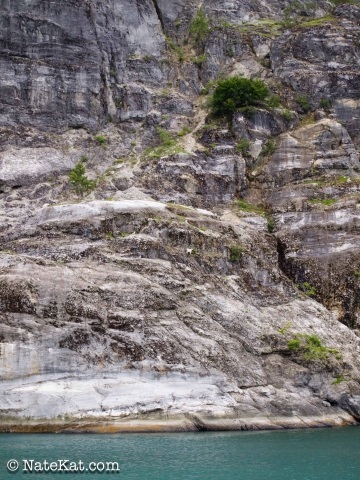 Can you spot a goat on the cliff in the above photo? Nathan was able to get some nice shots with his telephoto lens.  Kudos to the ranger for spotting them, I totally would have missed them. 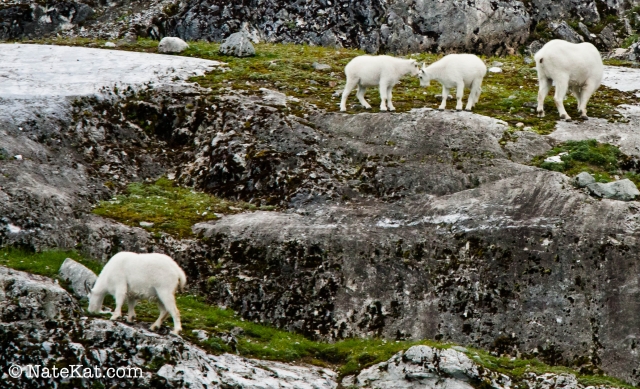 The glaciers themselves were also very cool – the face of Lamplugh Glacier was the bluest, while Grand Pacific Glacier periodically would calve pieces into the ocean. It was also interesting that Grand Pacific is one of the few advancing glaciers in the US- meaning it’s actually growing/lengthening slightly every year. 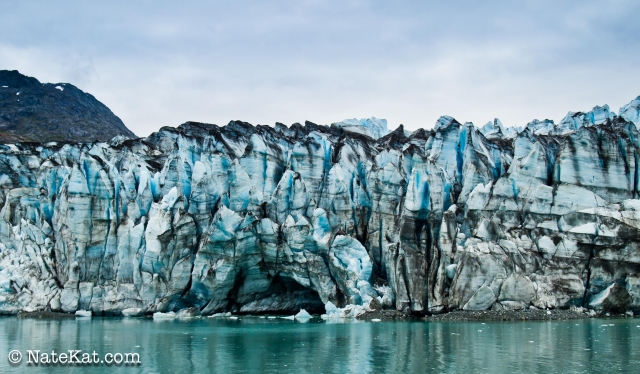 The small islands in the bay were covered with birds, which quickly separated the “Birders” from the rest of the tourists.  We were never ones to get excited  about gulls or cormorants but it was fun to see the occasional tufted puffin. 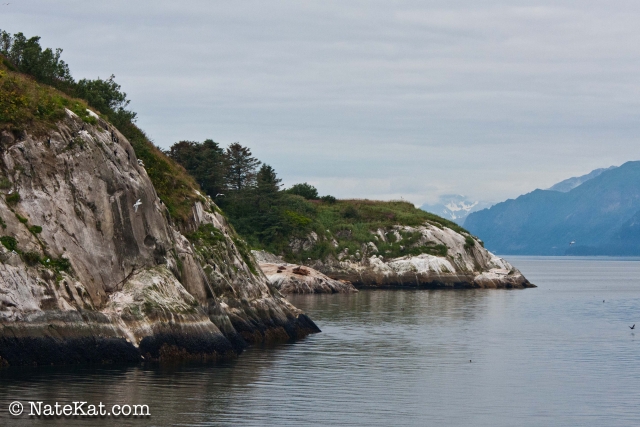 We also saw a lot of marine mammals – Otters, humpback whales, seals, and sea lions – but the lighting made it tough to get any really amazing shots. Luckily we had better luck later on in the trip. 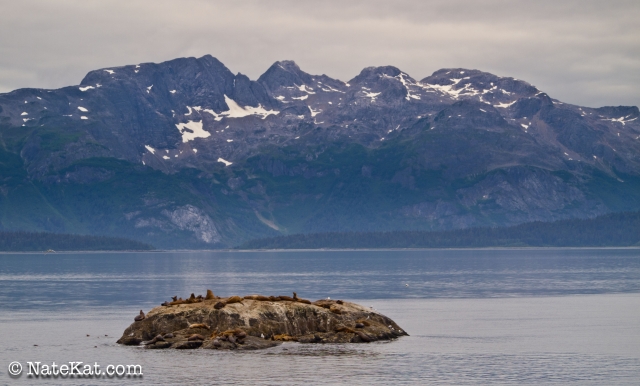 After our 8 hour boat ride we rented bikes and headed into town for pizza (10 miles one-way).  We ran into another porcupine crossing the road, but he was a little to fast for me to get a good photo. 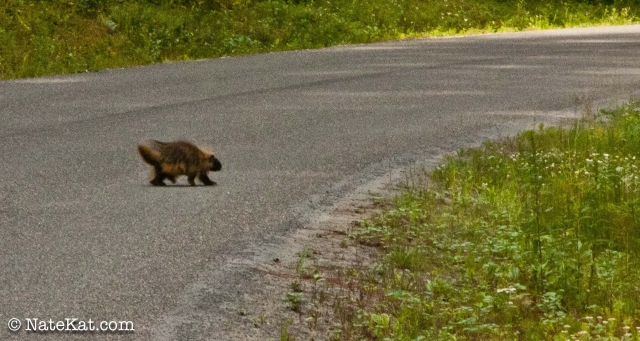 It was a fun bike ride through the forest on a flat and empty road. By this point we started to realize how much more you can do when you have 15 hours of daylight!

More photos from the day 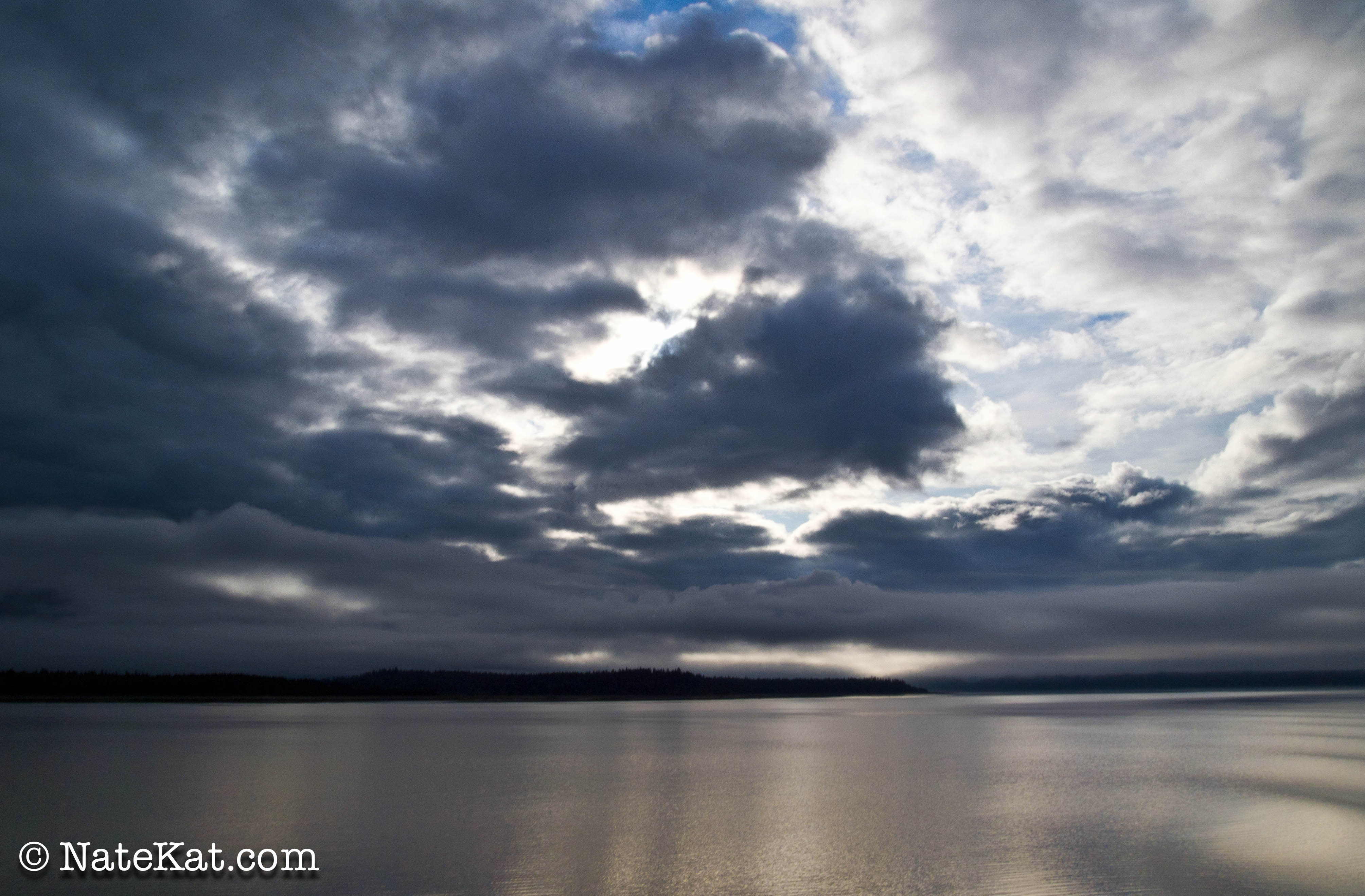 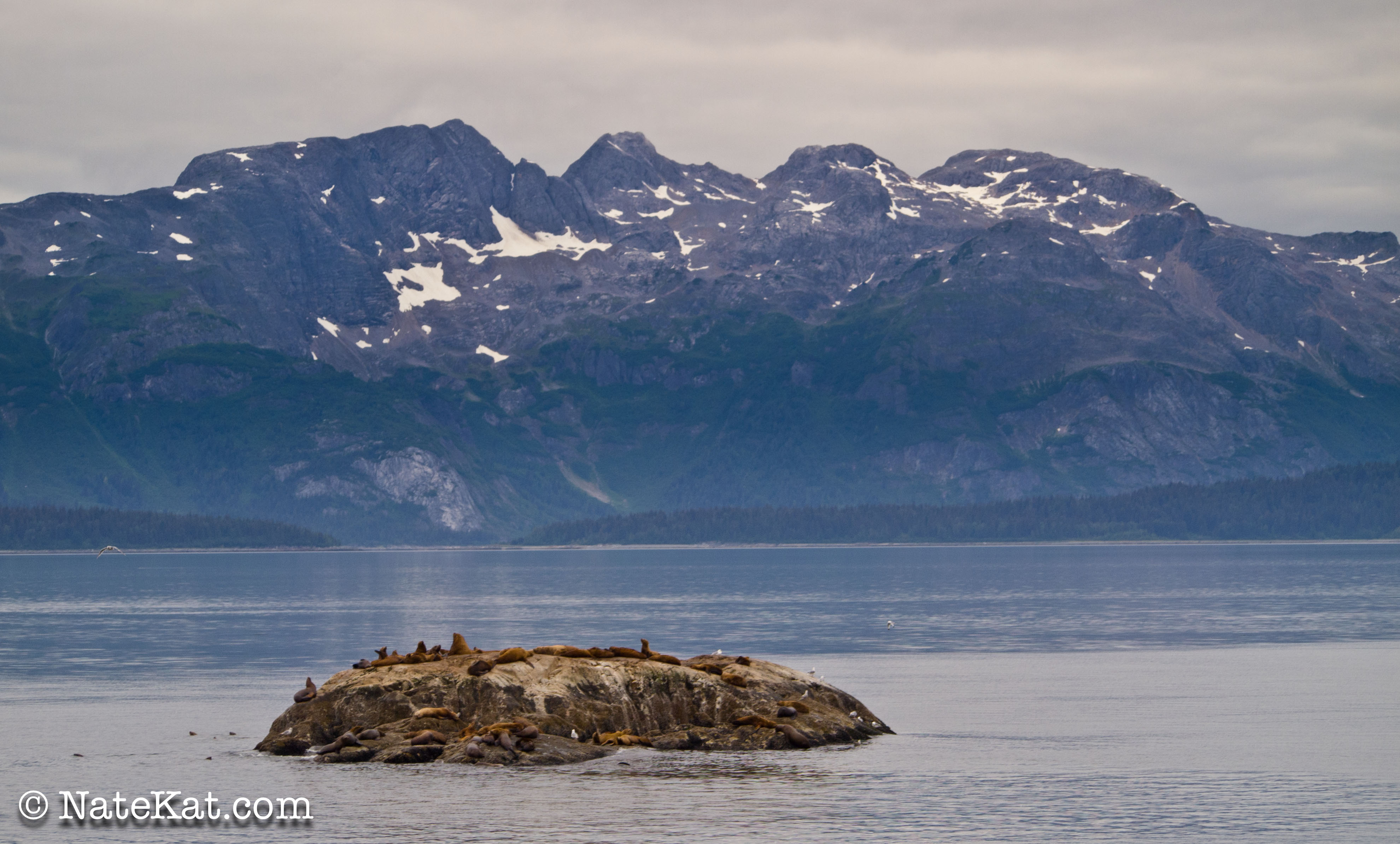 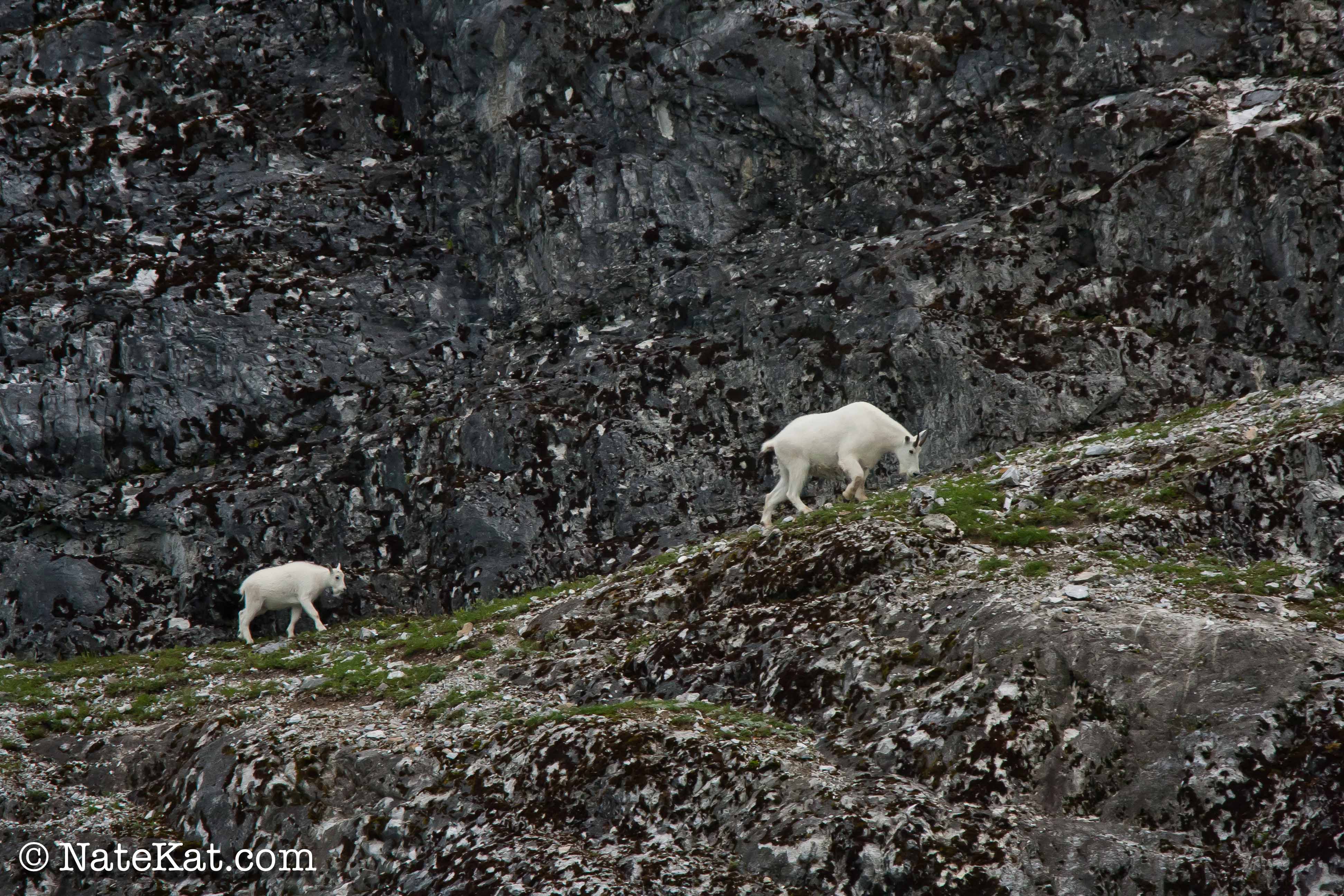 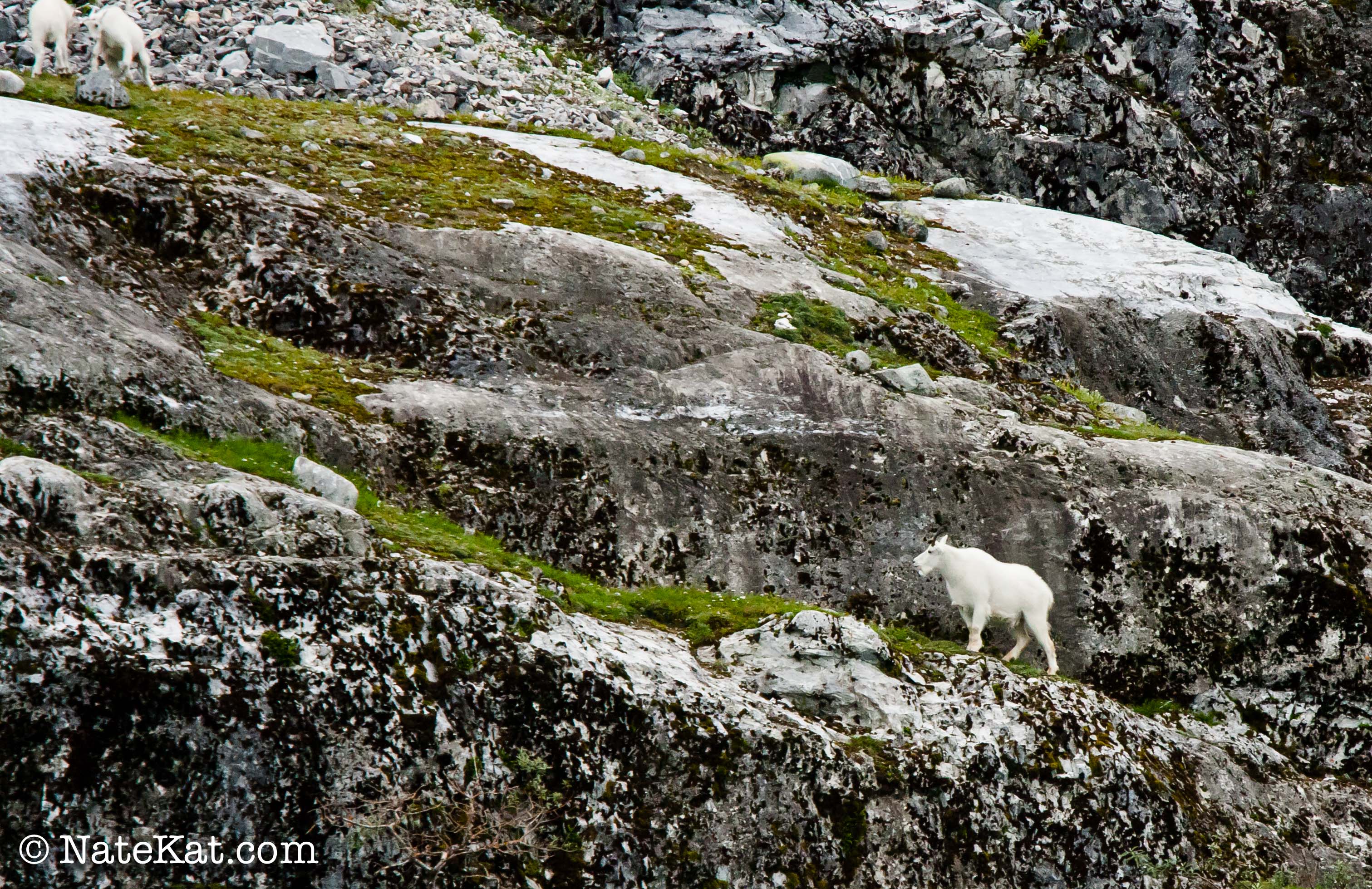 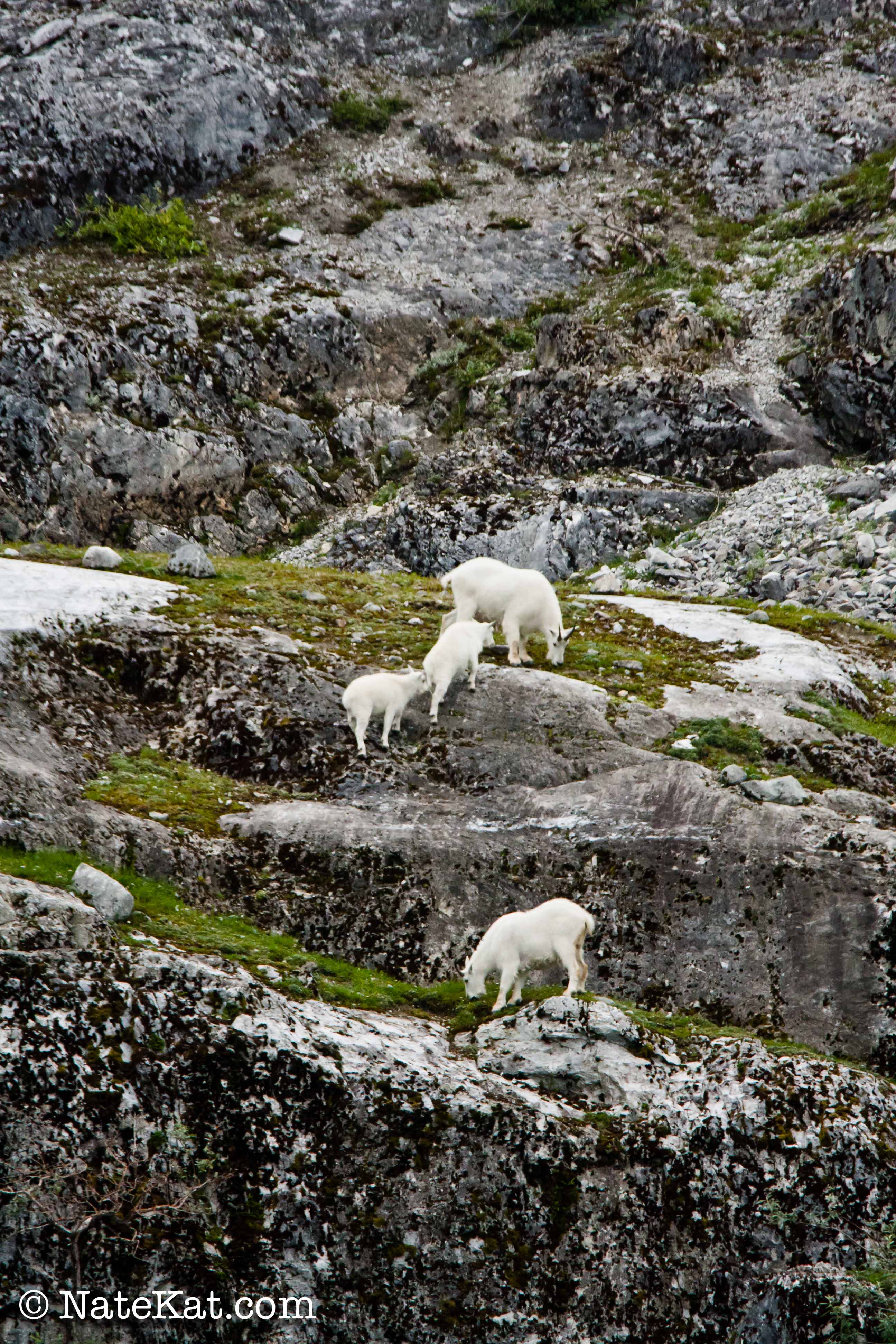 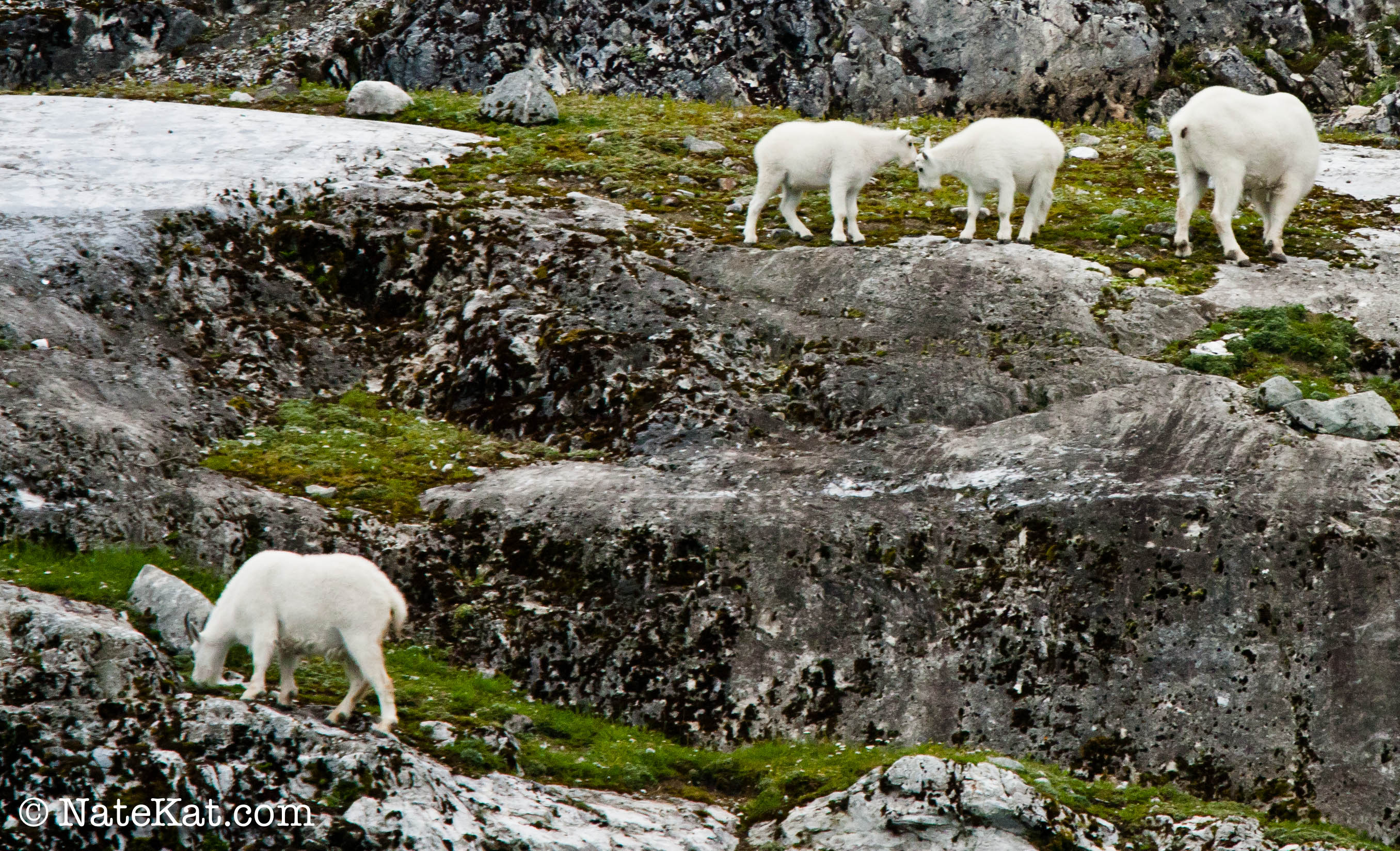 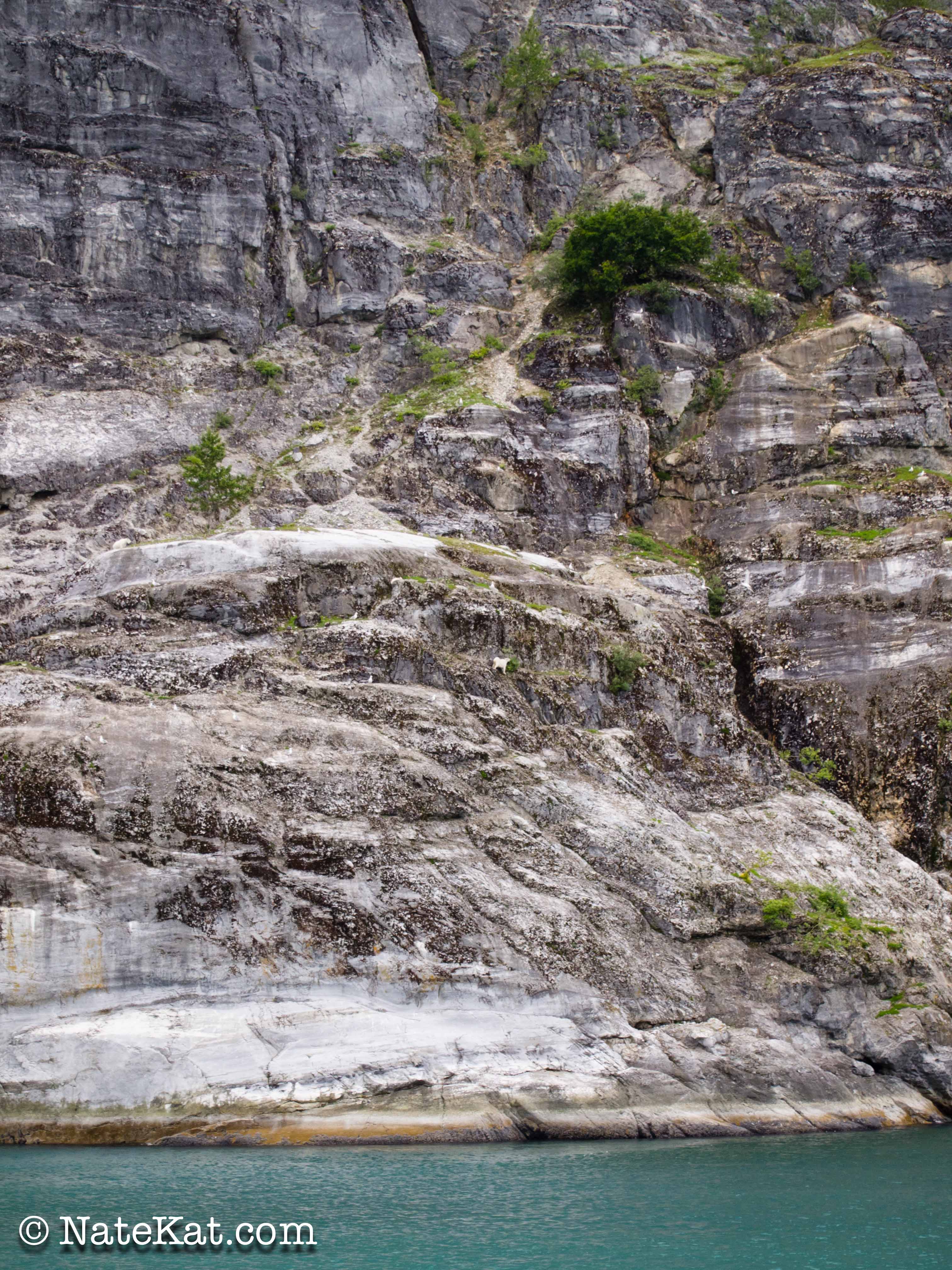 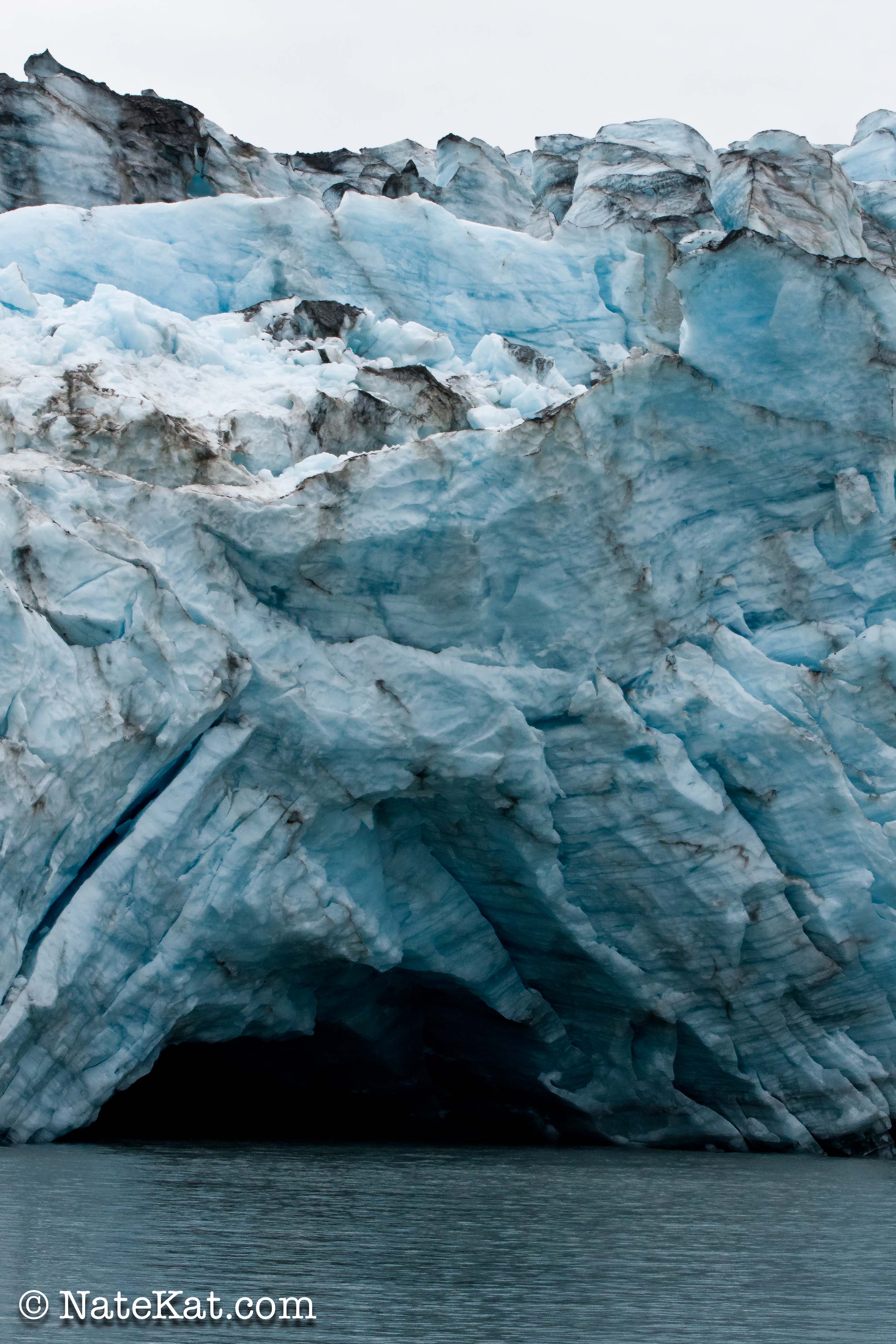 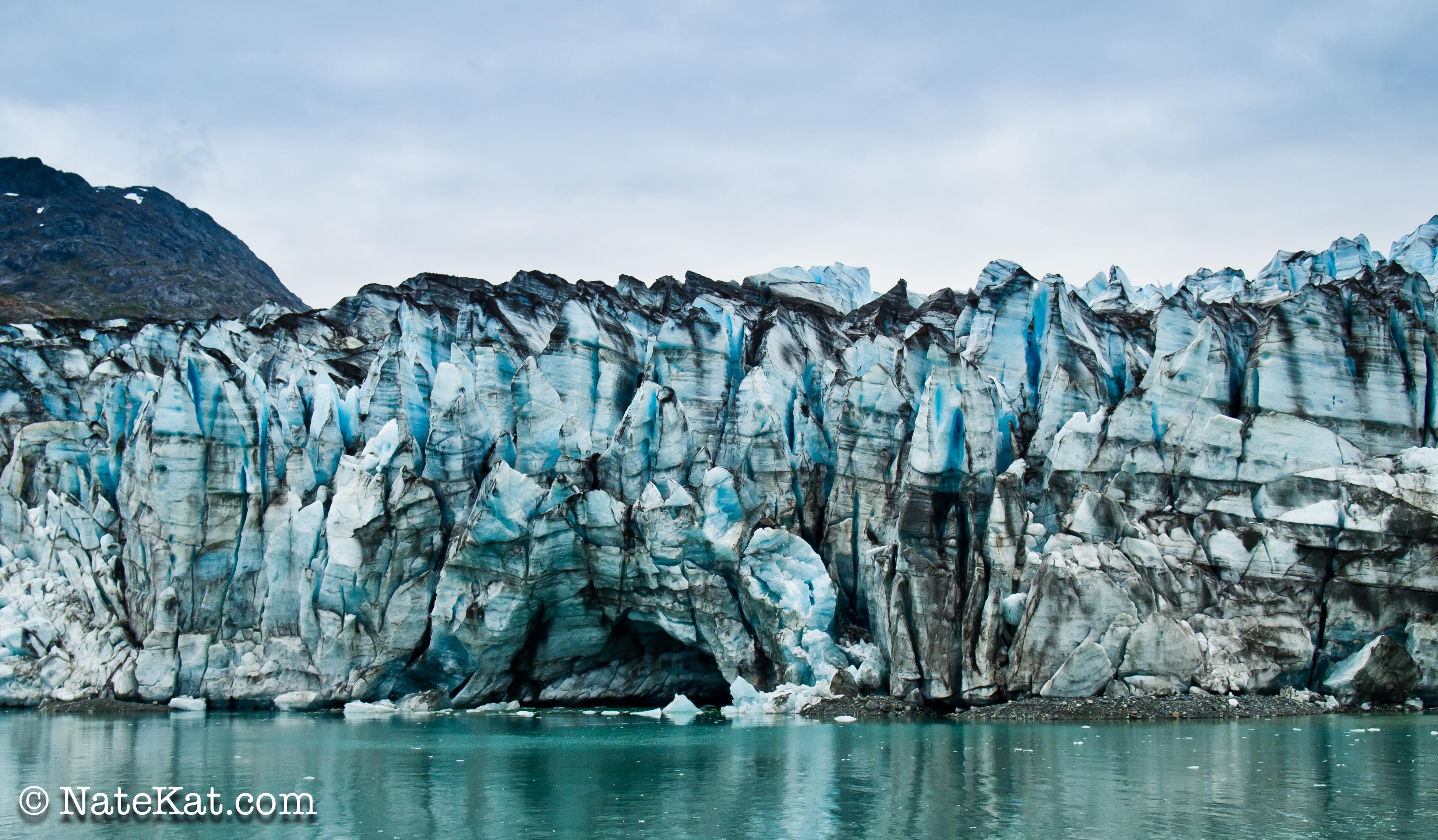 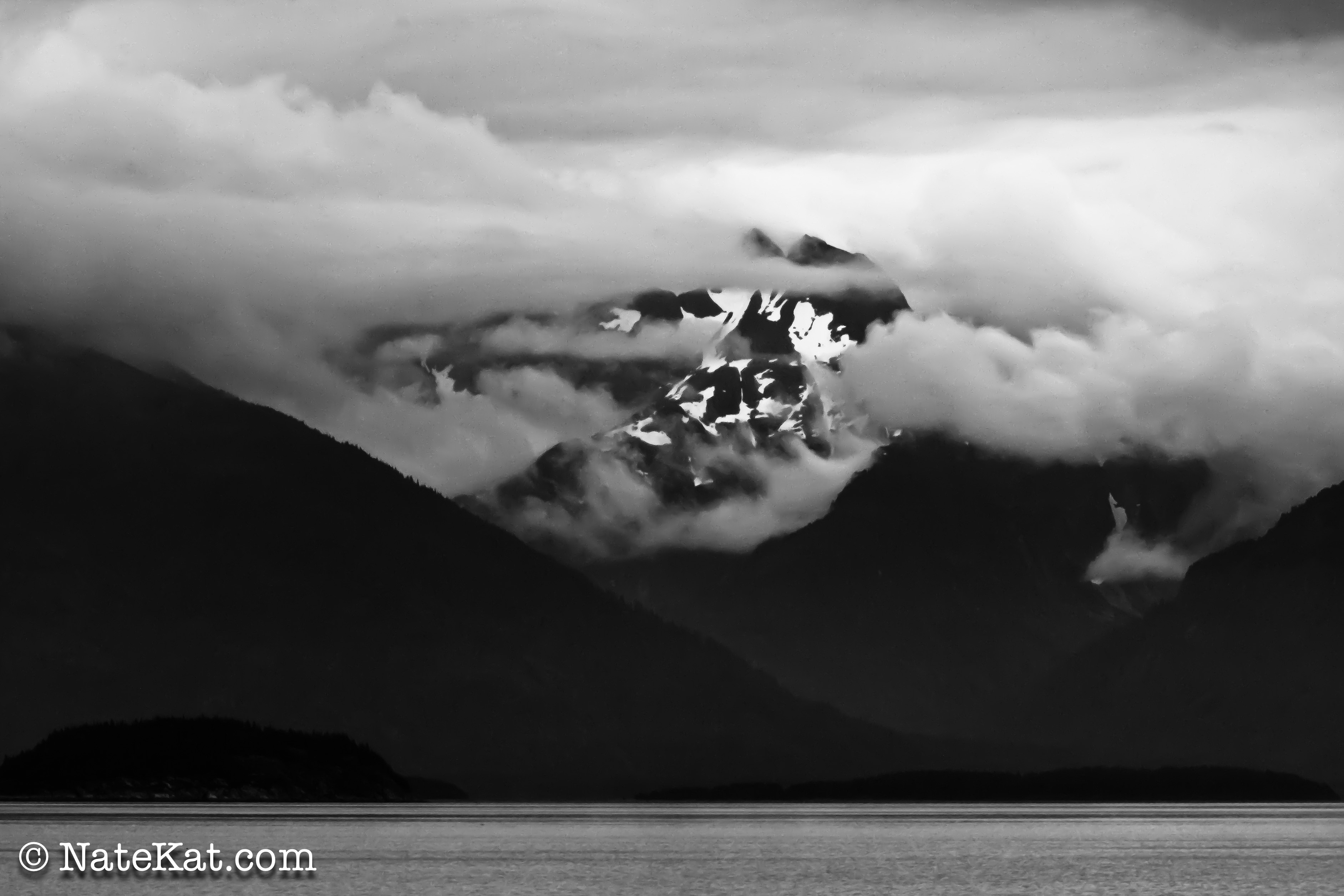 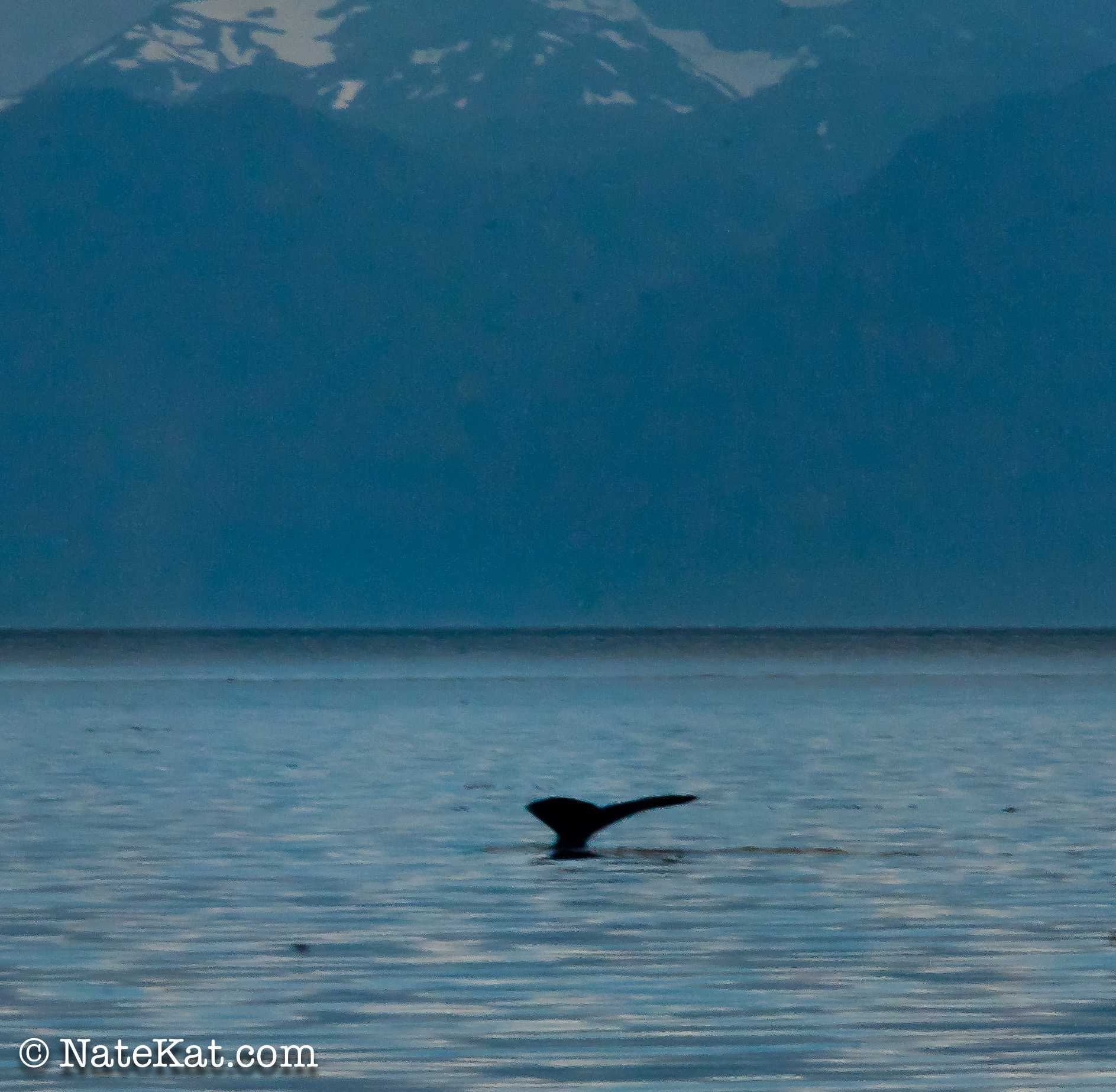 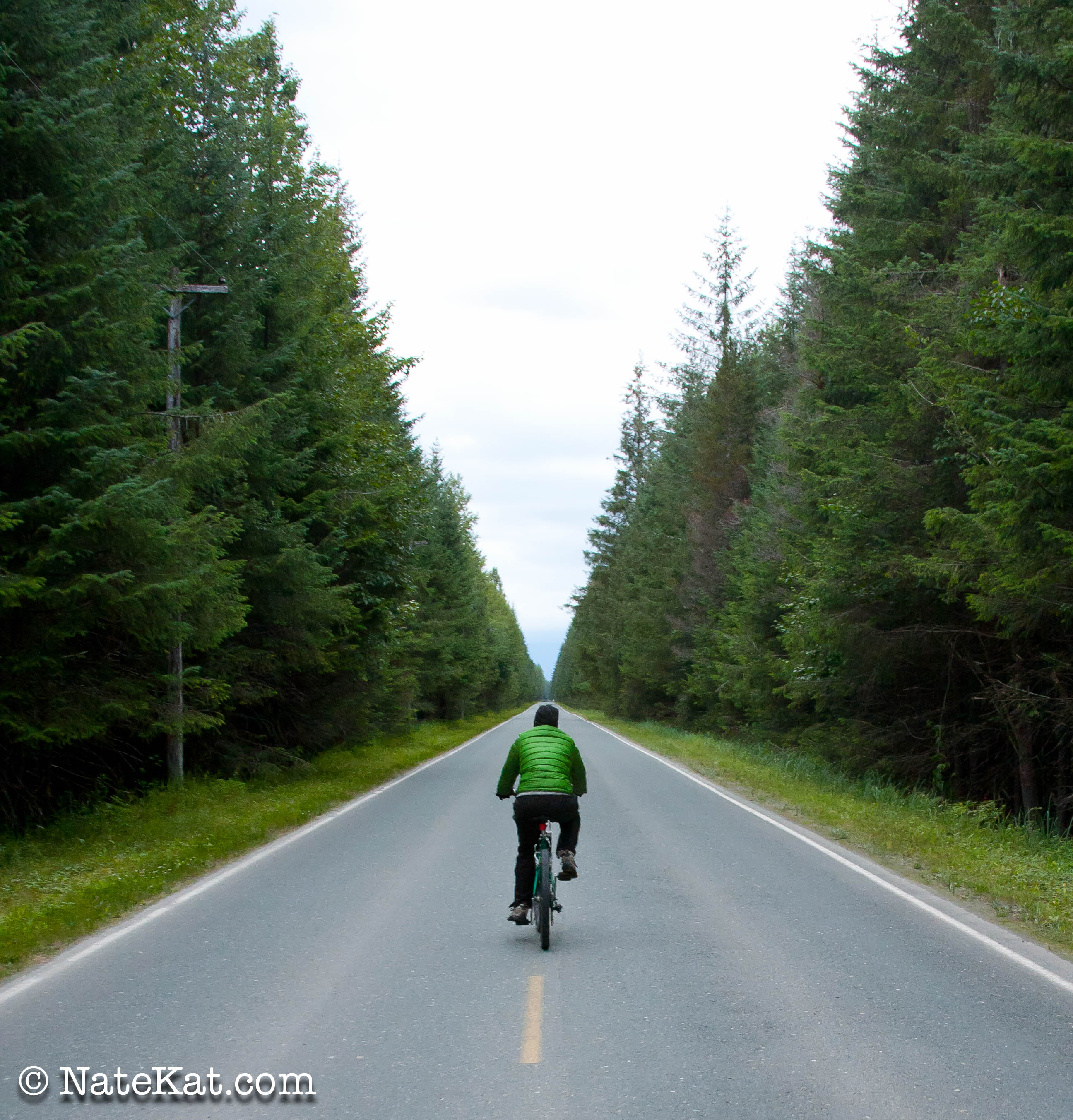