You are currently browsing the monthly archive for December 2010.

For the second year in a row my family has tried to duplicate our family tradition of going pheasant hunting on Thanksgiving weekend that we started when we lived in Iowa.  Of course living in Southern California makes it harder to go pheasant hunting.  Last year we went chucker “hunting” in El Centro, CA.  It was a unique experience, but wasn’t quite what we were looking for.  This year we decided to try lobster fishing in the San Diego Bay. 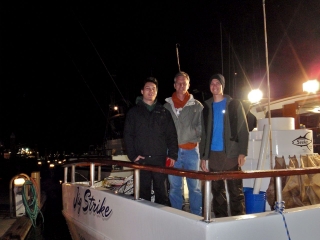 The fishing trip started at 7:00pm with my Dad and I stuffing the bait tubes with chopped up sardines.  Jonathan, my brother, opted out of grabbing handfuls of cold fish guts and stuffing them into a PVC pipe with holes.  He’s never had the stomach for dealing with blood and guts.  The “hoops” or pots consist of two wire rings about 3 feet in diameter connected by a stiff netting which is attached to a pair of buoys by 100 ft of rope.  When the hoop is resting on the bottom of the ocean (15-20 mins) it collapses exposing the tube of bait.  Lobster and crab come from quite far distance to pick at the bait.  After the pot has soaked for 15-20 mins, the boat comes by slowly and the crew member hooks the buoys and brings the rope on board.  Then one of us grabs the rope and pulls it over a spinning bearing. 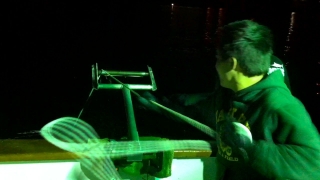 Jonathan Pulling Up a Hoop

It’s important to pull at a consistent speed to keep the hoop expanded but also keep a constant water pressure on the crab and lobster so they can’t try to crawl away.  Once the hoop is on board you walk it to the back of the boat pull out any keepers and depending on if you’re in a good area throw the hoop back over or coil it up to throw it over later. 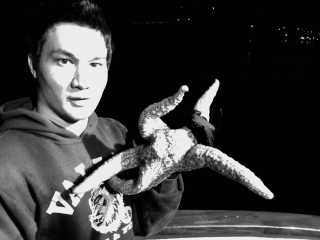 We Also Caught a Large Starfish

Normally the 10 hoops are managed by 10 customers on the boat.  The disadvantage is if you are only in charge of one hoop you are probably only actively doing something for 10 mins every hour.  Also your chances of catching something are considerably decreased.  But when you have 3 people working 10 hoops there is maybe only 10 mins to rest every hour.  This definitely made it more fun because you are constantly pulling up hoops, coiling and throwing them over again.  You feel like you get a slight taste of what an actual commercial fisherman would be doing. 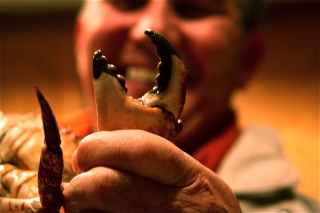 The entire trip is 6 hours of fishing and we threw each hoop over 8 times, which meant we were pulling up a 100 foot rope 80 times that night.  Although my brother wasn’t into touching fish guts he was helpful in pulling up the hoops.  We got into a flow of assisting each other on each rope to ensure the hoop didn’t slow down as we pulled it up.

We ended up catching 7 lobster, 6 rock crab and 2 spider crab.  We actually caught all of them in 4 of the 8 runs.  During those 4 runs it was exciting, but the others were tiring and you can tell the mood on the boat changes when you’re on the lobster or just pulling up clams and mud. 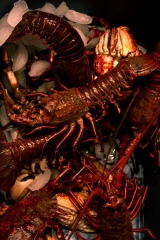 Once we got home at 2:00 AM my dad and I decided to boil the crab and a couple lobsters. 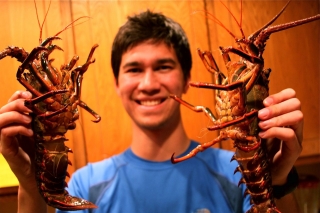 About to Boil Two Lobsters

The other 5 lobsters we “removed” the tail and then froze them for later.  Removing the tail while the lobster is still alive can be gruesome so I’ll spare you the details.  If you don’t remove the meat while they are alive or kill them quickly they poison the meat making it inedible.  The good thing about lobsters is that for very little work, you can get a ton of delicious meat. Crabs, on the other hand, are a lot more work. The spider crabs were extremely bloody and not worth it at all. The rock crabs were tasty but still much more time consuming than the lobster. Only Katharine had the patience to pick out the meat from the body. So if I were to go again, I would wait until the end of the trip, and if I had enough meat in lobster I would just throw the crabs back. 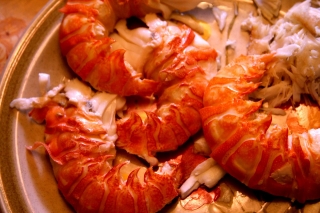 Check out my lobster fishing video below!

To balance all of Nathan’s posts about shooting, I figured I needed to add something else 🙂

When our work told us that the week between Christmas and New Year’s would be required vacation, I was initially really annoyed because we wanted to save our vacation for the honeymoon next year. Plus, my family does a lot more celebrating before Christmas rather than after. But when it was clear we wouldn’t be able to get an exception, I decided to make the best of it! We will be going home to my family for Christmas, but then we’re going to do a winter trip to Yosemite.

Nathan and I have not had a chance to get to Yosemite yet and I’ve heard that it is absolutely beautiful in Winter. And much less crowded! 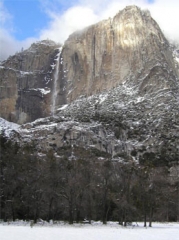 We plan to camp (hopefully we won’t freeze our butts off!) and do some hiking in the Valley since apparently there’s unlikely to be much snow there. But there are other areas in the park where we can hopefully try out snowshoeing or cross country skiing. Plus, there’s an outdoor ice skating rink in Curry Village with views of Half Dome – how amazing is that? 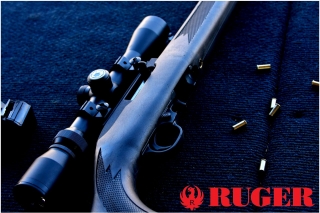 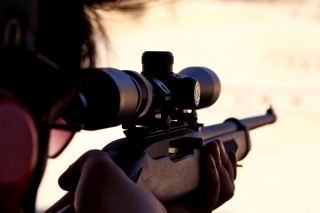 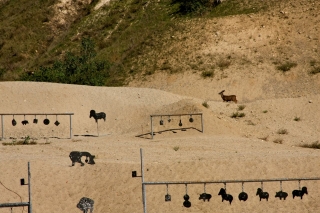 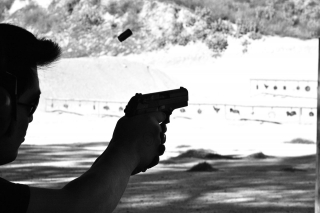 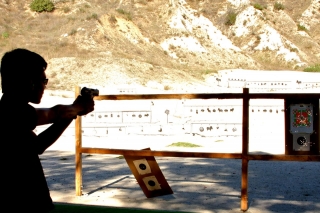