You are currently browsing the monthly archive for September 2010. 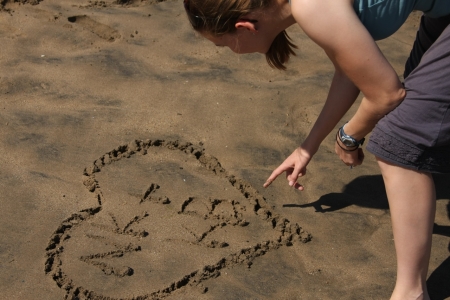 Thanks to A Los Angeles Love, I discovered this scavenger hunt contest sponsored by the city of Marina del Rey. The contest has 3 entry categories, and we went with “Wedding” since, you know, we are recently engaged. Then you just have to complete the 10 “missions” which are basically fairly simple snapshots of various sights throughout Marina del Rey. It seemed like a fun date-day activity, with the added bonus of giving Nathan a reason to play with his camera.

We decided to use this contest as an opportunity to get some exercise, so we biked from Santa Monica down to Marina del Rey. Including all the biking around the Marina, we probably ended up totaling about 20 miles. Not bad for a lazy Saturday.

The actual ‘missions’ were not that challenging since the photo spots were super easy to find, but they were sometimes a bit awkward to take photos in. For example, you had to get a photo at the gazebo in the Rose Garden of the Ritz Carlton Hotel. I always hate being in super fancy places, especially if I’m not exactly entitled to be there, but we managed to get this shot:

You may notice the tables set up with linens and the trays of drinking glasses by the gazebo. That’s because there was, or was going to be, a wedding there today. So, it felt a little awkward to be sneaking in to achieve our mission. But hey, the city created this contest and I’m sure they checked with the Ritz before adding them to the list. (Side note, for being a Ritz Carlton, I was not impressed with this as a wedding venue. At least not the ceremony site)

Some of the other missions were a bit more interesting, like having to draw your initials in the sand at the beach, or taking a photo at the exercise bars along the bike path:

We had a lot of fun, even with some of the awkwardness. And I hadn’t really ever explored Marina del Rey, so it was nice to do that, especially by bike. (Doing this contest by car would have been a nightmare since at least 3 locations only had valet parking! and walking would take you all weekend because the places were surprisingly spread out.) So the bikes were perfect, Nathan got to play with his camera, and we both got some exercise. Success!

Nathan and I have been talking for a while about starting a website to share all our adventures and make it easy for family and friends to see our pictures. We finally got organized, got a domain name and hosting set up, and now we’re figuring out how to use word press since we decided iWeb didn’t give us enough options. So welcome to our website, NateKat.com! I’m sure there will be lots of changes in the near future so keep checking back!